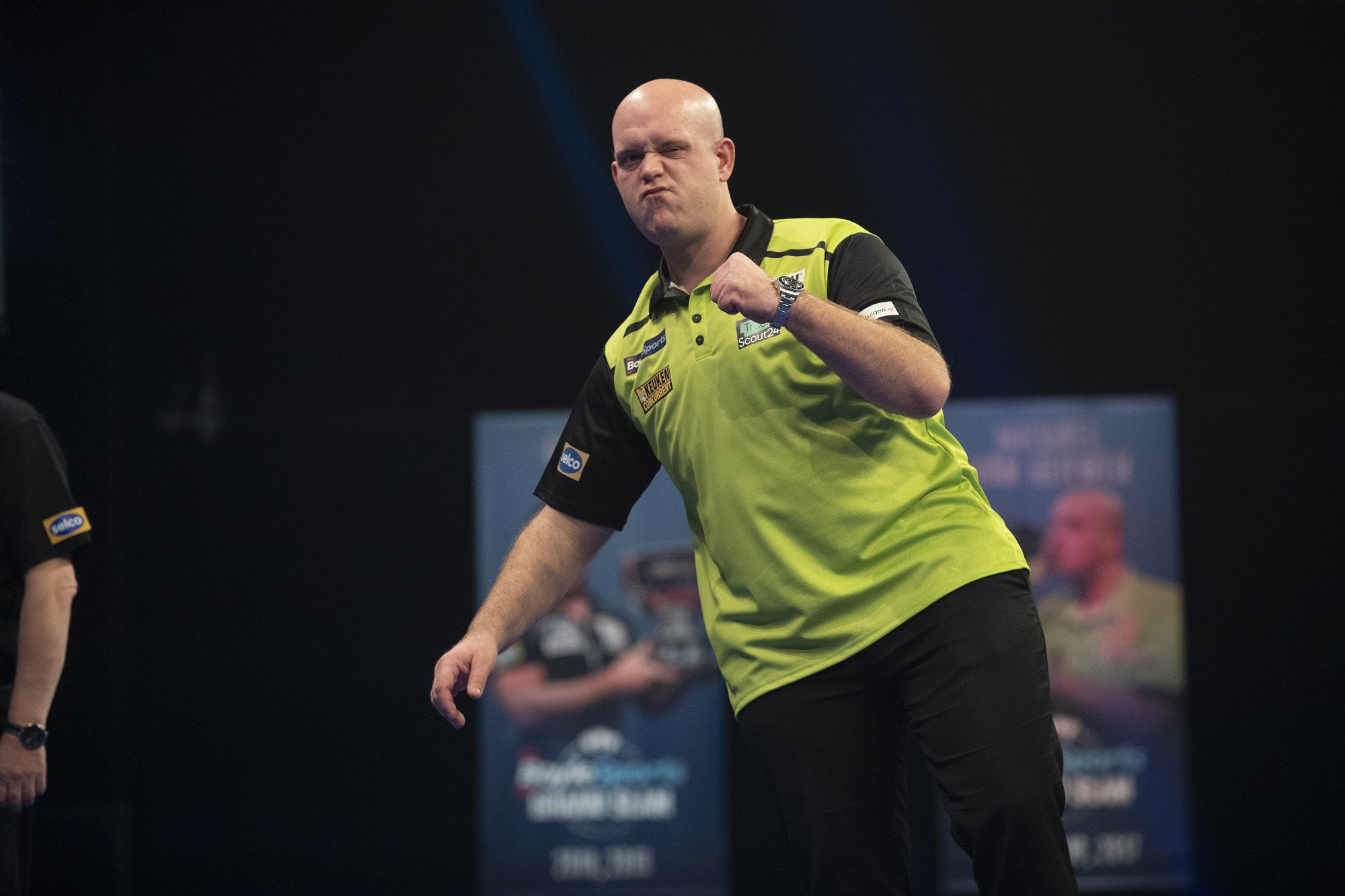 The second round reaches its conclusion on Saturday evening as six of the eight seeded players battle it out to secure their places in the Grand Slam of Darts quarter-finals.

All eight players competing on Saturday evening are proven winners in their own right, having lifted titles on stage in front of the cameras, whether that be on the European Tour or in televised tournaments.

Ahead of an intriguing evening of darting drama at Coventry’s Ricoh Arena, Ben Hudd previews each fascinating encounter and provides his predictions.

Following the collision of Gerwyn Price and Jonny Clayton earlier in the tournament, World Cup of Darts teammates lock horns once again – this time with Michael Smith facing Rob Cross in a repeat of last year’s World Matchplay final.

Former world champion Cross showcased signs of a return to form in the group stages, battling past both Justin Pipe and Luke Humphries to finish second behind Dave Chisnall in Group D.

The world number four boasts a tournament average of 103.98 heading into the knockout rounds, meaning Cross will need to significantly up his standards.

‘Voltage’ did up the ante against Luke Humphries in his final match of the group stages, recording a 100.42 average in sealing his place in the second round.

Cross has a remarkable record against Smith, having won seven of their last eight meetings, including the most recent at the World Series of Darts Finals, and 16 of their 20 encounters overall.

Two debutants clash in the second round, though, despite their obvious inexperience in this particular tournament, both Devon Petersen and Damon Heta have triumphed on stage in front of the cameras.

Brisbane Darts Masters champion Heta has torn up trees since relocating across the world on his maiden professional season, while German Darts Championship winner Petersen has finally began to fulfil his potential, over a decade after bursting onto the scene.

Both players have reigned supreme this year on the professional circuit, and experienced contrasting routes to the knockout stages in Coventry.

Petersen dropped just six legs in easing past world champion Peter Wright, Ian White and Dirk van Duijvenbode, whereas the Australian survived match darts at the hands of Jermaine Wattimena to scrape through.

It will be the pair’s first meeting of any significance, with a maiden major individual quarter-final in front of the Sky Sports cameras awaiting the victor.

Usually when Michael van Gerwen and Gary Anderson lock horns, popcorn would be at the ready ahead of an expected blockbusting encounter between two darting juggernauts. However, this occasion has a different feel surrounding it.

Two-time world champion Anderson edged through his group whilst nursing an ongoing knee injury, in comparison to the world number one who was impressive in sauntering through Group A.

The Scotsman’s consistency has been slightly concerning thus far, while Van Gerwen recorded back-to-back averages in excess of the 103 mark before allowing his levels to drop slightly against Joe Cullen.

The two esteemed names have clashed on more than 60 occasions in professional darts, with Dutchman Van Gerwen having won the vast majority of those, including eight of their last nine meetings.

They have also previously collided at this very tournament as Anderson downed the defending champion two years ago in the semi-finals, prior to being denied in an ill-mannered final against Gerwyn Price.

Since Nathan Aspinall stunned Gerwyn Price at Alexandra Palace two years ago, both players have lifted multiple televised titles and rose into the world’s very elite.

Welshman Price has become arguably the best player on the planet at present, whereas Aspinall has struggled for results since triumphing in the inaugural PDC Home Tour during the enforced lockdown a few months ago.

It would have been quite the surprise if defending champion Price was to abruptly depart at the first hurdle in Coventry, and women’s world champion Suzuki almost pulled off a seismic shock in her own right.

Despite Price having won nine of the pair’s 15 meetings in all competitions, Aspinall holds a phenomenal record against the Welshman in front of the televised cameras, having won four of their six encounters.