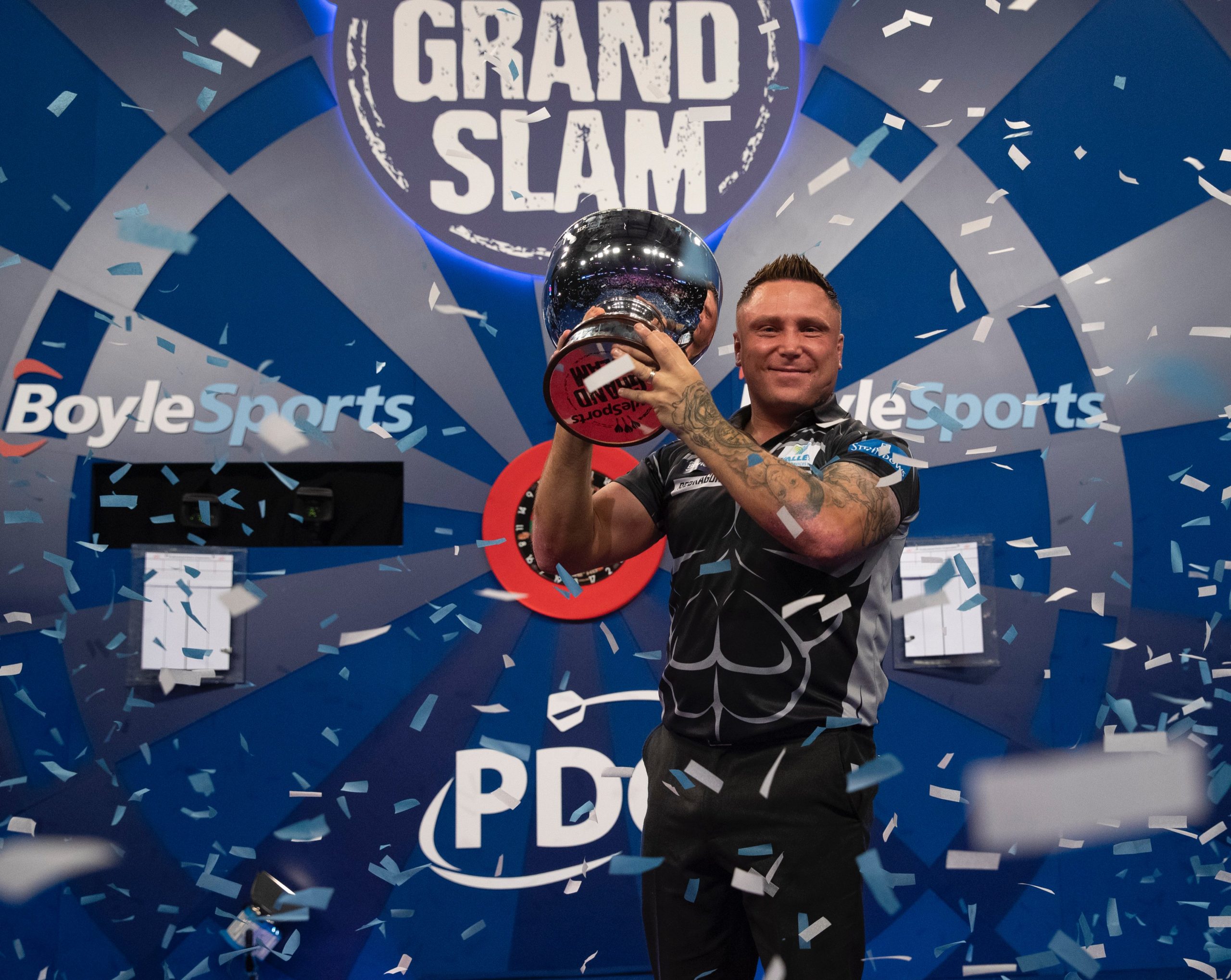 The groups have been revealed ahead of the upcoming Grand Slam of Darts, with defending champion Gerwyn Price being drawn alongside fellow Welshman Jonny Clayton.

The unique tournament sees codes collide from Monday afternoon at the Ricoh Arena in Coventry, with the best from the PDC and BDO competing for the Eric Bristow Trophy.

‘The Iceman’ begins his bid of a Grand Slam hat-trick – a feat only Michael van Gerwen and Phil Taylor have achieved – against World Cup of Darts teammate Clayton, Ryan Joyce and Mikuru Suzuki.

Japan’s Suzuki has travelled across the world in order to compete in her second successive Grand Slam of Darts, with the two-time women’s world champion facing Price once again.

Suzuki’s fellow female thrower Lisa Ashton is involved in the mouth-watering Group C – which has been dubbed the ‘group of death’ by many onlookers.

The Grand Slam of Darts gets underway on Monday with the group stages taking place from Thursday evening broadcasted live on Sky Sports and other broadcast partners.