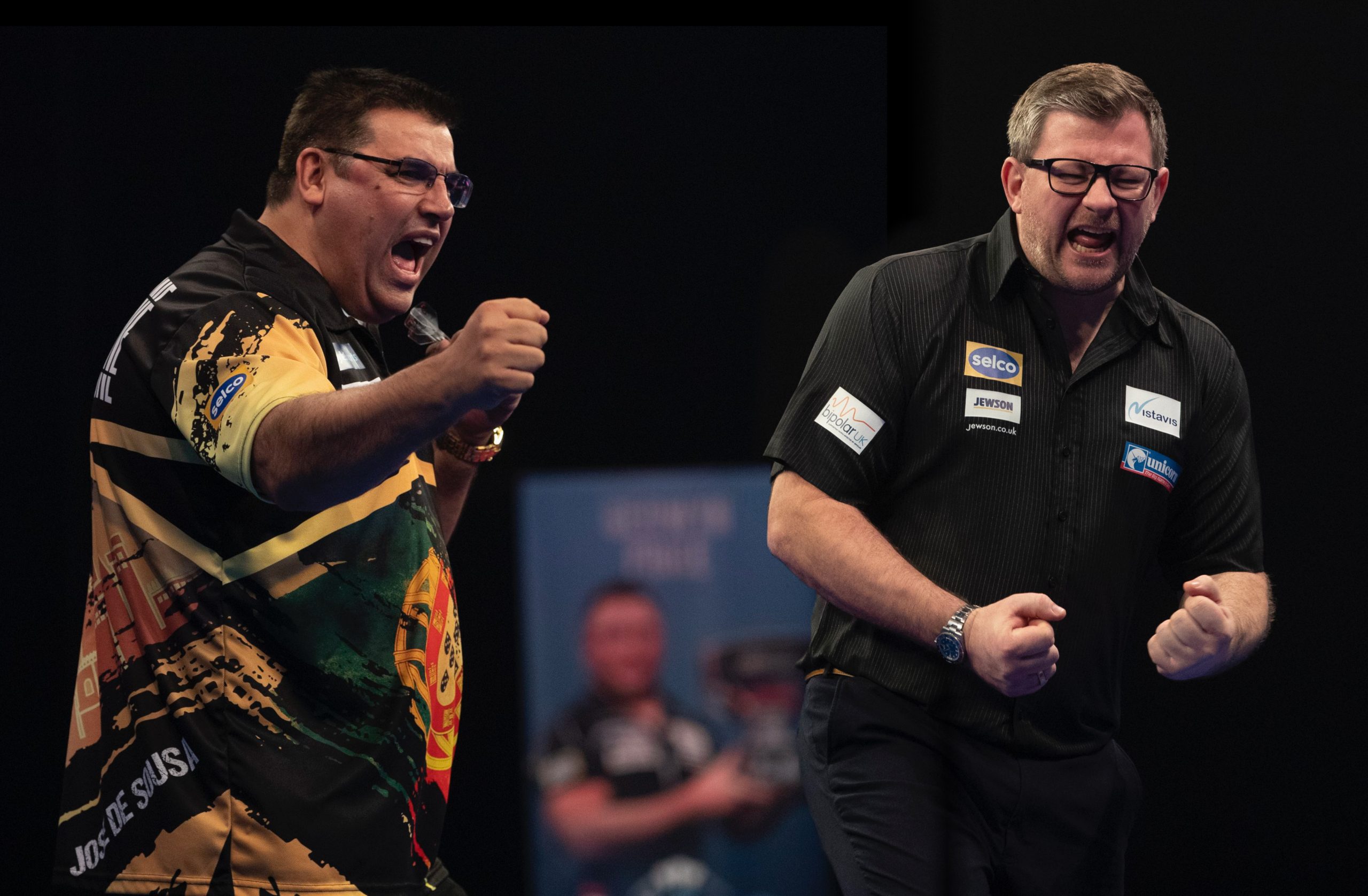 Following eight days of darting drama at the Ricoh Arena in Coventry, James Wade and Jose de Sousa will contest the Grand Slam of Darts final on Tuesday evening.

It was a tournament that many saw going the way of one of the world’s top three players, but Michael van Gerwen, Gerwyn Price and Peter Wright all exited early.

Now, two-time finalist Wade takes on Portuguese debutant De Sousa in a final between two players who have claimed multiple titles on the professional scene.

Ahead of a mouth-watering finale, Ben Hudd previews an enticing encounter and provides his prediction, having picked the Portuguese player to reach the final in his pre-tournament preview.

Tuesday evening will either see a wonderful Wade add to his tally of major accolades or debutant De Sousa lift a maiden televised crown and his fourth ranked honour.

2020 has been the year of the debutant, with Dimitri Van den Bergh winning the World Matchplay, Glen Durrant lifting the Premier League and Dirk van Duijvenbode reaching the final of the World Grand Prix.

De Sousa has emulated his stablemate Durrant in reaching the final of one of the sport’s biggest stagings on his first appearance, during the biggest week of his professional career.

The Portuguese ace added world number one Van Gerwen’s conquerer Simon Whitlock to his impressive scalps on Monday, having already overcame both Michael Smith and Dave Chisnall in the knockout stages.

Another tough task awaits for De Sousa, with Wade having averaged in excess of the 99 mark throughout the tournament and converted over 46 percent of his attempts on the doubles.

The statistics favour Wade in terms of both checkout percentage and their overall tournament averages, but, as expected, De Sousa leads the maximum count, recording 34 in his six matches.

‘The Machine’ has also won both of their two previous meetings, though, both came in behind closed doors environments in smaller scale Players Championship tournaments.

An intriguing encounter lies ahead, with De Sousa aiming to become the first Iberian winner of a PDC televised accolade and Wade hoping to devastate the Portuguese sensation at the final hurdle.