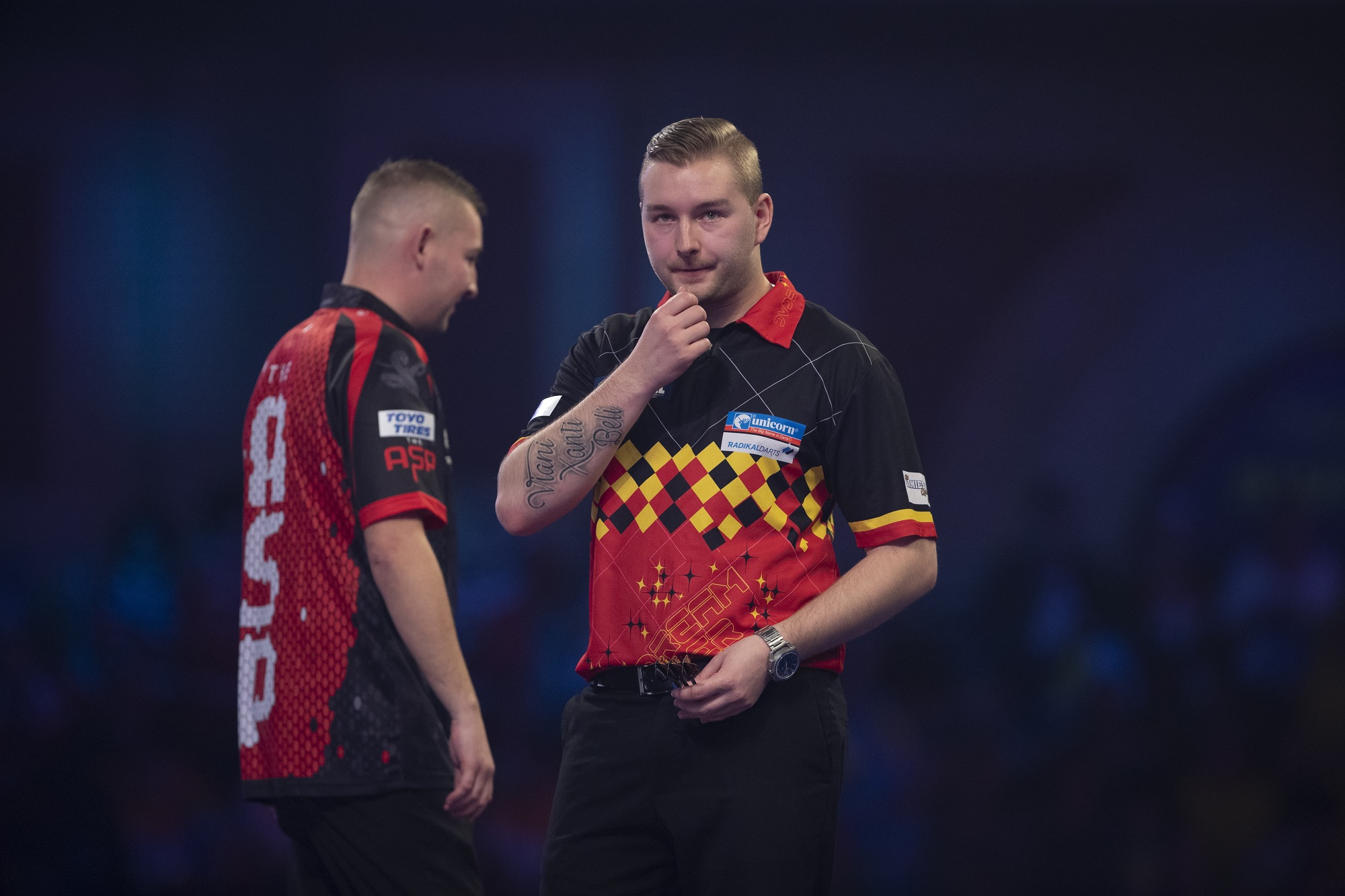 Two of the world’s top three have exited the 2020 Grand Slam of Darts, but eight players’ hopes remain intact heading into Sunday’s quarter-finals.

Ahead of an intriguing day of darts from the West Midlands, Ben Hudd previews each enticing encounter and provides his predictions.

Three of these mouth-watering quarter-final clashes have been contested previously in this very tournament, and Michael Smith versus Jose de Sousa is one of them.

It was a group phase of persistent ton-plus averages from Smith as he continues his bid to lift a maiden major accolade. Despite allowing his standards to dip slightly against Rob Cross in the second round, Smith showed the courage to get over the line.

De Sousa, meanwhile, has gone about his business well also, creating history in becoming the first player from Portugal to reach a televised quarter-final of any significance.

It has been relatively consistent stuff from the European Darts Grand Prix champion thus far, but his doubles were slightly concerning in his victory over a below-par Dave Chisnall, and those may need improving against the world number four.

Former World Championship finalist Smith has beaten De Sousa on three occasions in the last two weeks or so, including in the group stages and in a final during the PDC Winter Series.

When James Wade defeated Damon Heta during the group phase in Coventry, it was the multiple-time major champion’s first victory over the Australian, having been ousted twice by him during last year’s World Series of Darts events down under.

Heta didn’t even own professional status back then, but since winning his PDC Tour Card at Qualifying School, he has continued to make huge strides and relocated to the other side of the world.

‘The Heat’ scraped through the group stages, surviving match darts against Dutchman Jermaine Wattimena, before overcoming Devon Petersen in the second round with 50 percent on the doubles.

As for Wade, he convincingly defeated Ian White in the second round with a 98.18 average as he continues his charge in Coventry, with a maiden Grand Slam crown potentially at the end of the tunnel.

Dimitri Van den Bergh has been better than anyone thus far in Coventry, averaging in excess of the 100 mark throughout the tournament and defeating opponents without too many problematic moments.

The reigning World Matchplay champion topped Group F ahead of Nathan Aspinall, but the former UK Open winner has since dethroned the defending champion Gerwyn Price during a spectacular second round showing.

‘The Asp’ was flamboyant on the oche in a 10-8 victory over the world number three, but later implied that it would be more tricky to get himself going against Van den Bergh due to the Belgian’s calm temperament on stage.

Van den Bergh, who beat Welshman Jonny Clayton in the second round, overcame Aspinall at the first hurdle in Milton Keynes four months ago before days later lifting his maiden major at the World Matchplay.

Aspinall has won four of the pair’s six meetings in all competitions, with Van den Bergh’s only other victory over the Stockport man coming in the Grand Slam group stages just a few days ago.

Overcoming Michael van Gerwen in a major tournament is a particularly difficult task in itself, though, Simon Whitlock has achieved the feat twice since the professional restart in the summer.

Van Gerwen has been out-of-sorts for parts of this year, but the world number one looks close to returning to his best after registering three ton-plus averages in four matches.

The three-time champion obliterated an injury-stricken Gary Anderson in the second round, while Whitlock defeated inexperienced debutant Adam Hunt to reach his third major quarter-final of the year.

Van Gerwen and Whitlock have encountered one another on more than 40 occasions on the professional scene, with the Dutchman winning 25 of their previous 26 meetings before his back-to-back loses in recent times.