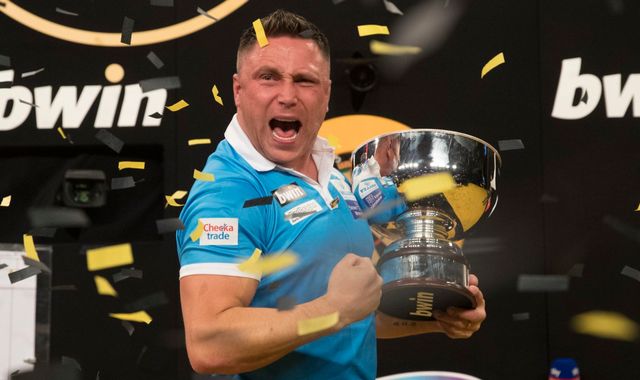 The evening session of the BoyleSports Grand Slam of Darts in Wolverhampton saw the defending champion take to the stage.

Price built a 2-1 lead thanks to a 142 checkout, but saw the Japanese star nail a 116 checkout to level the match. Suzuki kept parity at 3-3, but eventually Price avoided the upset to take the two points.

It was a miserable day for the BDO contingent, with all eight players representing them on the day suffering losses.

BDO number one, Wesley Harms slipped to a 5-2 defeat to James Wade, and Dave Parletti suffered a 5-1 reverse at the hands of Gary Anderson.

Michael van Gerwen opened his account with a 5-2 win against BDO World Trophy Champion, Jim Williams, with both men not overly hitting the heights.

Adrian Lewis will play van Gerwen next as he beat Ross Smith 5-2 in a low key encounter.

It was a welcome to the TV stage for Robert Thornton, and he celebrated with a 5-4 win against Dimitri van den Bergh.

Ian White recorded a 5-2 win against Steve Lennon, while in the opening match of the evening, William O’Connor overcame Darren Webster 5-3.

Hungary, Czech Republic and Belgium to be visited in most expansive European Tour to date