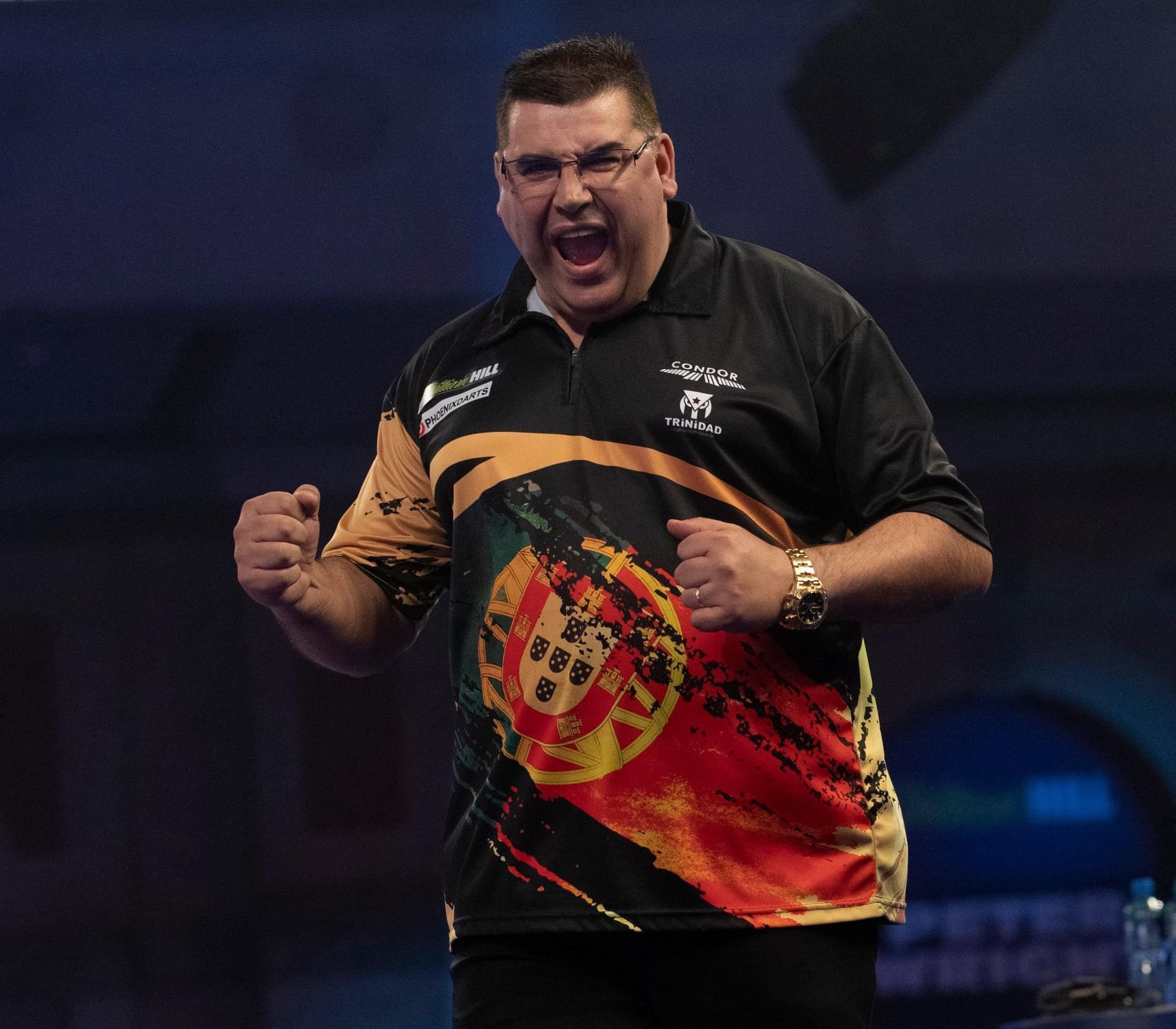 Seeded players Daryl Gurney and José de Sousa progressed to the third round of the World Darts Championship on Day Three, while Ryan Searle saw off Danny Lauby after a pulsating encounter.

Former quarter-finalist Gurney survived a comeback from William O’Connor after storming out of the blocks, while Grand Slam of Darts champion De Sousa recovered from losing the first set to beat Ross Smith 3-1.

Searle’s opponent Lauby missed darts to send their match to a deciding leg, but the PDC ranking event winner came through with a 98 average.

Elsewhere on Thursday at Alexandra Palace, Japanese debutant Edward Foulkes impressed in a 3-0 win over Mike De Decker, while Jamie Lewis came from two sets behind to beat Luke Woodhouse.

The day began with a comfortable win for Latvia’s Madars Razma over another Japanese debutant in Toru Suzuki.

‘Razzmatazz’ wasn’t at his best, with Suzuki missing darts to win the first two sets. Razma was slightly more comfortable in the third set, winning it to complete a whitewash and seal his first win in the PDC World Championship.

The next match saw better fortunes for the Japanese darting fraternity as Foulkes took out 140 on the way to an emphatic first set victory.

His Belgian opponent De Decker improved slightly from there, but was only able to win three legs as Foulkes eased through to set up a second round meeting with Brendan Dolan.

Ryan Murray beat Lourence Ilagan 3-1 in a closely-matched encounter, with the crucial moment coming in the deciding leg of the third set when Ilagan missed a dart to lead 2-1 and ‘Muzz Lightyear’ pinched it.

He won the fourth set 3-1 to progress to a last 64 clash with Michael van Gerwen, who hit two nine-darters against the Scotsman in one of their only previous meetings.

The afternoon session came to a close with a win for Gurney, but it wasn’t as straightforward as it looked like being after the first two sets.

The Northern Irishman only dropped one leg to lead 2-0, averaging 107, but it doesn’t take much to turn around a set-play match, and O’Connor managed to level up at two apiece after ‘Superchin’ missed several darts to win 3-0.

O’Connor’s doubling cost him in the final set, which Gurney won easily to pick up a much-needed victory with an average of 99.

Lewis and Woodhouse got the evening session underway, and it was the Englishman who won the first set, taking out 145 on the way. He continued those finishing exploits in set two, with three-figure checkouts of 102 and 101 helping to double his lead.

Despite that, former semi-finalist Lewis wasn’t playing too badly and won the third 3-1. He did enough to take it all the way, before a blistering duo of 11-darters got him over the line and completed a fantastic victory for ‘Fireball’.

It’s a great end to a difficult year for Lewis, who now plays fellow Welshman Gerwyn Price in a match he must win to remain in contention of keeping his Tour Card.

Ron Meulenkamp was another player to recover from losing the first set, beating Boris Krčmar 3-1 after the Croatian missed a dart to lead 2-1, a mistake which proved to be crucial.

Searle against Lauby was always going to be a good game to watch with both players throwing at a quick pace, and that was in evidence when ‘Heavy Metal’ stormed to the first set in about five minutes.

Lauby took out 121 and 148 in a brilliant second set to level up, and following another relatively simple set for his opponent, the American produced some more excellent darts in set four to send it all the way.

He put himself in a good position to take it to the last leg, but missed six darts to do so and Searle punished him to move through to another exciting match, against Jeffrey de Zwaan.

Portuguese sensation De Sousa struggled a bit in the early stages against Smith as he tried to win a match at the World Championship for the first time.

‘Smudger’ was impressive in the first set, but his game dropped slightly after that and De Sousa took advantage despite not being at his best.

He won all three remaining sets 3-1 to finish the match with six 180s and an average of 94.

The tournament continues on Friday as Luke Humphries meets Paul Lim in one of the ties of the first round before James Wade begins his campaign against Callan Rydz.