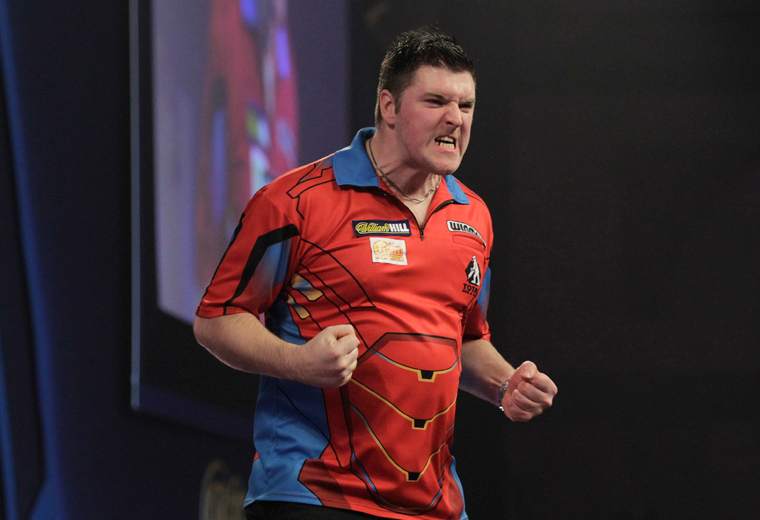 Daryl Gurney got back in the winners’ circle at PC25 in Barnsley with an 8-5 win in the final against UK Open Champion, Nathan Aspinall.

“Superchin” was solid all day, and rarely troubled, as he breezed to the £10,000 first prize, and his first Players Championship crown of the year.

The Irishman began his day with a 6-2 win against Darren Webster, and then saw off World Cup finalist Steve Lennon 6-3 to reach the last 32, where Mervyn King was defeated by the same scoreline. Another 6-3 win, this time over Jelle Klaasen, advanced Gurney to the last eight, where he beat Peter Wright 6-2 in a low key affair. Gurney managed to up his game with a 100.5 average to defeat Ian White 7-4 to book a final date with Aspinall.

Aspinall edged out Cameron Menzies 6-5 in his opening match, and backed this up with a 6-4 win against Alan Norris, and a 6-3 win over Ryan Meikle to reach the last 16. A 98.5 average saw the Stockport man take a last leg decider against Toni Alcinas, before a 6-4 win against Justin Pipe, defying a 102.1 average from the Somerset thrower, saw Aspinall into the last four. A 92.2 average was enough for a 7-5 win against Michael Smith, in a repeat of their 2019 World Championship semi final meeting.

The final saw the first six legs shared, before Gurney established a 6-4 lead with the first break of the match, checking out on 45. Aspinall pulled back to 7-5, but was unable to stop Gurney from lifting the title with an 8-5 victory.

Average of the day went to Conan Whitehead, who posted a 115.3 average in his 6-2 win against Jose De Sousa. Whitehead would exit 6-1 at the hands of Gerwyn Price in the last 32.

Raymond van Barneveld beat Jonny Clayton and Brendan Dolan, but then exited 6-4 to Callan Rydz in the last 32.