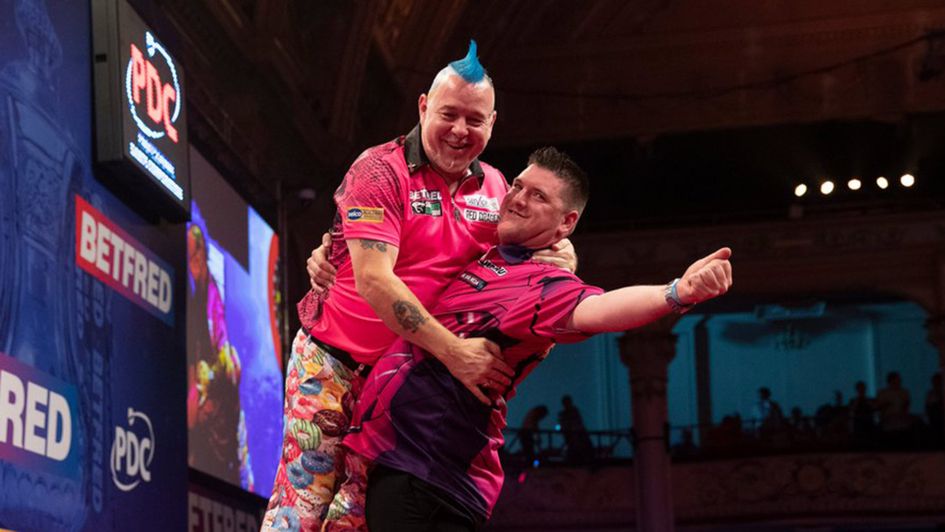 In what has been s superb tournament to date, the line up for the semi finals of the Betfred World Matchplay is now complete.

Daryl Gurney roared back to peak form at the Winter Gardens in Blackpool, and came through a high quality encounter with Peter Wright to reach the last four with a 16-13 win.

Gurney bought the curtain down on a magnificent twenty match winning streak for Wright, and the Scot’s defeat couldn’t be blamed on a dip in form, as he averaged 104.57 in what was, standard wise, the match of the tournament.

There were never more than two legs between the pair up to 13-13, and this is where the game turned.

Gurney held to lead by one, and then fired in a 180, and a 70 checkout to break Wright to go within one leg of the match. He duly delivered, taking out 25 in two darts to advance to yet another major semi final.

For Wright, he will obviously be disappointed that he was unable to convert his sublime recent form into a major TV Title, but he can be proud of the way he has carried himself this week in Blackpool.

Gurney is coming good at exactly the right time, and he will certainly fancy his chances of winning the event.

Opposing Gurney in the semi’s will be Rob Cross, who came through as expected against Stephen Bunting, but it wasn’t as simple a win as many would have predicted.

Cross was made to work all the way by “The Bullet”, eventually coming through 16-14 in a thriller.

“Voltage” built a 9-4 lead with the second 170 checkout of the Matchplay being landed in the process. Bunting though had been at such a deficit against Ian White in the previous round, and he won six of the next seven legs to pull level at 10-10.

The next eight legs were shared on throw, before Cross crucially threw in a ten darter and then a thirteen darter to win the match.

Cross is now on the cusp of finally backing up his 2018 World Title with the Phil Taylor Trophy, but still has work to do to achieve this.

Bunting will reflect on a timely return to form on the big stage, and will hope to kick on for the rest of 2019.