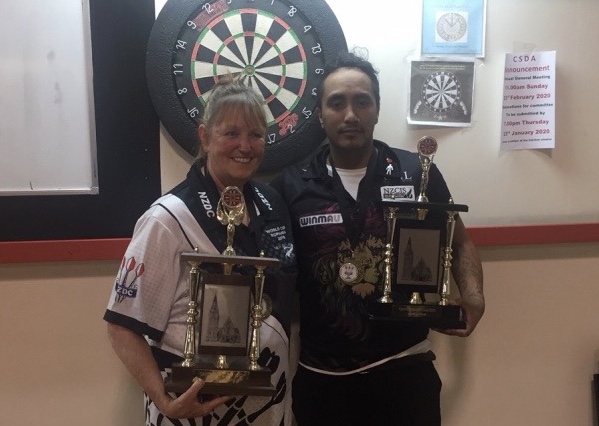 Herewini, who represented New Zealand at January’s BDO World Championship, continued his dominance in his native country with a third successive scalp.

The 28-year-old added to his Alan King Memorial and Ted Clements Memorial titles since the beginning of the season, plugging away into a sizeable lead ahead of the three BDO majors.

Canterbury’s very own Weko was narrowly denied a dream triumph on home soil at the hands of a rampant Herewini in the final.

The South Island Masters is the next BDO/WDF ranked event held in New Zealand – which takes place on Saturday April 11 at The Appleby Complex in Invercargill.

Ben Robb will be defending the men’s title after defeating Herewini in last year’s final, while Mercer will be hoping to defend her ladies crown.