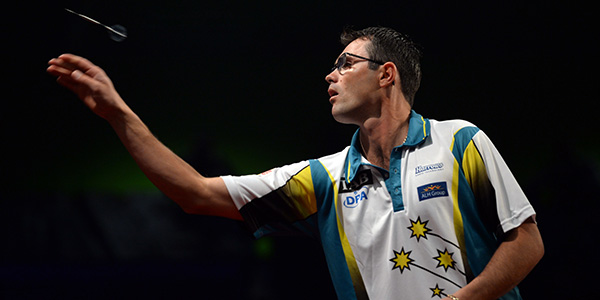 Heta among the winners as DPA Tour Continues

Damon Heta extended his lead at the top of the 2019 Harrows DPA Pro Tour Order of Merit winning two of four events held in Barooga.

Heta, who has been in fine form, reached the Semi Finals of the 1st Event of the weekend (Event 19) but claimed Event 20 with a 6-3 over Koha Kokiri in the final with an 89.6 average. On the same day, he reached the final of Event 21 but was denied in a last leg decider by Haupai Puha which would have been a perfect double. He came back and won Event 22 by defeating another inform player James Bailey 6-3 with a 95.4 average.

Event 19 saw Ben Robb claim a 2nd Pro Tour Title in only his 1st year competing on the circuit with a 6-2 win over James Bailey in the final. New Zealand’s Haupai Puha was his 3rd Pro Tour victory in just over two months.

The Harrows DPA Pro Tour continues on September 20-22 at the Seaford Hotel, Melbourne with Events 23-26.

Success for Usher and Dobromyslova in Lincolnshire