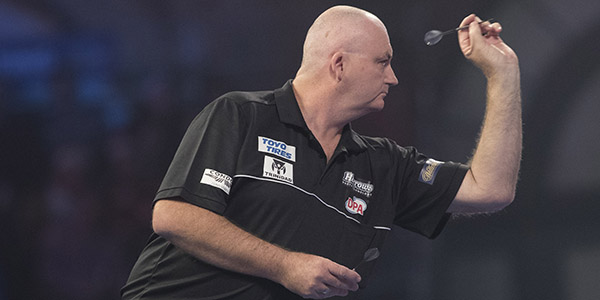 Heta and Bailey win yet another Tour Event in Queensland

Heta, the winner of Events 3 and 4 earlier in the year, stormed his way through the field to the final losing just 6 legs in 5 matches with wins over Anthony Baker, Steve Duke Jnr, Barry Jouannet Jnr, Rob Modra and Bill Aitken. In the final, he took on Raymond Smith, a competitor at the recent PDC World Championships, and it was a 1-sided affair as Heta won the opening 4 legs which included 3 straight 16 dart legs and an 18 darter. Smith won his first and only leg of the final with an 18 darter and a 130 checkout. Then Heta rapped it up with a 17 and 18 dart legs to claim the crown.

In Event 8, James Bailey, the winner of Events 1 and 2, came through the field and having to play 5 Round Robin matches and winning 4 of them with wins over Ian Dowden, Margaret Eagers, Nicholas Kenafake and Don Whittington but was defeated 3-2 by Kevin Todd. In the knockout stages, he recorded back to back whitewash wins over Emma Watkins and Simon Black before two last leg deciders against Event 7 winner Damon Heta and Brad Thorp, winning both to reach the final where he would take on David Platt. In the final, it was a tight affair as the players held throw for the first 3 legs which included a 130 checkout in the opener from Bailey. In the 4th leg, Bailey broke with a 13 darter which included 2 maximums in the leg, then followed it up with an 18 darter to make it 4-1. Then Platt clawed his way back, winning 4 legs on the spin to go into the lead at 5-4. In the 10th leg, Platt missed 4 match darts before Bailey broke to force a decider. In the decider, Bailey checked out on 76 for a 14 darter which included a maximum to claim yet another Tour Event in Queensland.

The Harrows DPA Australian Pro Tour returns between April 5th-7th at East Devonport Recreation Centre with Events 9,10,11 and 12 with all results and live scores to checked out at tv.dartconnect.com.

Cross and Price among quarter-finalists while Wade departs