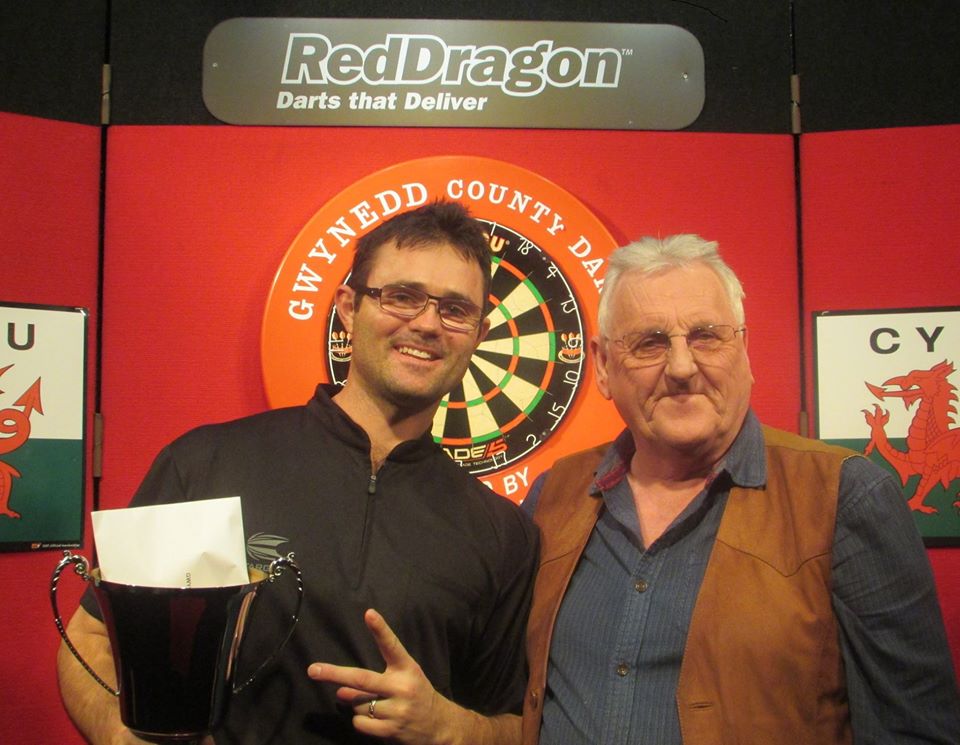 Australia’s Damon Heta capped off one of the most important weeks of his career to date by defeating Ben Smith 6-2 to win the Gwynedd Open in Anglesey.

‘The Heat’ won his PDC Tour Card through the Order of Merit last Sunday and he subsequently set himself the target of playing as many local competitions as possible to stay fresh for the start of the Pro Tour events next month. He’s kicked that mission off in fine style, winning the Chesterfield Open on Saturday before travelling to Wales to triumph in the prestigious Gwynedd event.

After whitewashing Kevin Bisp and defeating Denbigh’s Dai Davies 4-2, Heta edged out two former winners of the event to make the final.

Mick Haynes, the 2017 champion, provided firm resistance in the quarter-finals before the reigning Brisbane Masters and Australian Open title holder edged it 4-3.

Heta was given a real fright in the semi-finals by last year’s winner Eirig Rowlands. The Pwllheli thrower raced into an early 3-0 lead but the man from Perth managed to peg him back, edging the deciding leg to win it 5-4 with an 89.01 average and set up the final meeting with Benjamin Smith.

Young Welsh thrower Smith, who is managed by the Sport Icons team, whitewashed Sean Dunne, Marcus Knapmann and Michael Roberts before being pushed all the way in the semis by Richard Pritheroe. However, just like Heta, he emerged a narrow 5-4 victor.

In the final, Heta had too much for his younger opponent, winning it 6-2 with an 84.72 average. For his efforts, ‘The Heat’ pockets £1,200 in addition to the £500 he got for winning the Chesterfield Open.

As winner of the competition, Heta, in theory, qualifies for both the 2020 World Masters and the play-off for the 2021 BDO World Championships, but it will not be possible for him to take up those spots as a PDC Tour Card holder.

As well as Haynes and Rowlands, there were also two other former winners in the 2020 field. 2009 winner Garrett Gray exited the competition at the hands of Rowlands in the last eight, while 2018 champion Heber Thomas fell in the last 32.

Other notable participants were Welsh international Arwyn Morris, who lost 4-3 in the quarter-finals to Pritheroe, and former JDC participant Cole Davey, who was beaten 4-0 by Rowlands in the last 16.