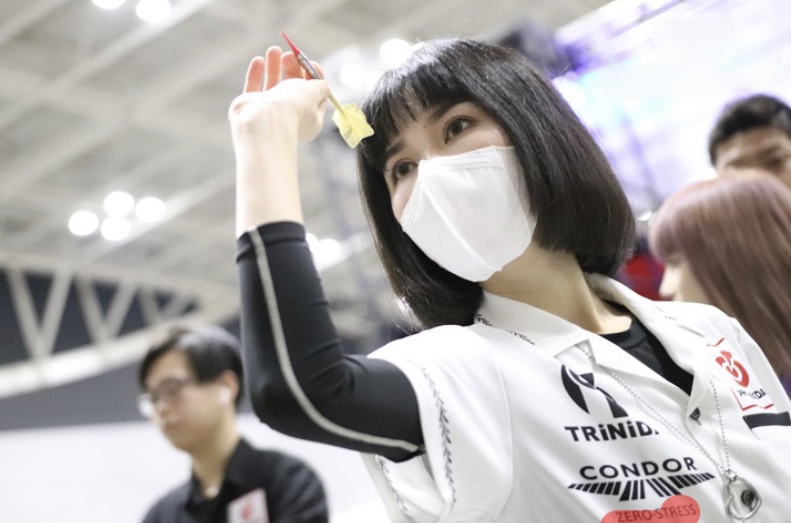 The worldwide outbreak of coronavirus has claimed the lives of over 10,000 people, and in a bid to contain its considerable spread, darting events globally are being either rescheduled or unfortunately cancelled.

Given the staged lockdown of all public activities this will come as no surprise. The Football Association, England Cricket Board and various other sports have suspended all events taking place for the foreseeable future, with darts becoming one of the many.

The bleakness of the present darting calendar will have a detrimental affect on many fans of the sport. Thursday evenings are usually a highlight of the vast majority’s week, while weekend ProTour action has also been taken away as well as the European Tour – often dubbed as the ‘greatest tour in professional sport’.

However, not a single person can fault the various organisations across the world for making undoubtedly the correct decision. Trying to prevent a potential catastrophe obviously should be their only concern.

Rotterdam’s Premier League double-header has become the most documented of the postponements, while Chris Dobey was left gutted as his highlight of his year in Newcastle was scuppered – for now anyway.

Even the William Hill World Darts Championship in December could be impacted significantly by the pandemic, with Asian Tour, DPA Pro Tour and Championship Darts Circuit tournaments – which act as qualifiers for the sport’s showpiece staging – being postponed, with it currently unclear as to when they will be played.

The famous, long-serving Denmark Open is also amongst a growing list of postponements. Known more recently for former professional footballer and Football World Cup finalist Rafael van der Vaart entering the tournament, it has been held annually since 1974. That consecutive streak could be ended by the coronavirus outbreak.

The Faroe Islands was gearing up to host its maiden World Darts Federation ranked double-header this month, however, they were also forced to postpone, while ranked events held in Estonia, Hungary, Germany and Iceland amongst others have also been withdrawn from the calendar.

Elsewhere, Italy has been struck significantly by the coronavirus outbreak. The country has endured around 3,000 deaths from the virus. Darts leagues and tournaments have obviously been affected massively.

This virus is literally destroying our lives.

My company entering into layoff from Sunday, with a mortgage to pay for my home this means even tougher times ahead.

Plus another at very least 2 more weeks of lockdown, basically just home, work (when I will) and home.

Italian darts expert Jacopo Ghirardon said: “All tournaments and leagues have been stopped until April 3 – the end of the lockdown [at the time of speaking]. As the season finishes in September, many tournaments have been postponed, including the Italian Championships due to be held in mid-April which will now be played at the end of May.

“People now can’t leave their hometowns due to the lockdown so no one can go to play even in a different town just for practise, they can just be playing at home as all the bars, pubs and clubs are closed.

“The leagues in the Veneto and Lombardia regions have been stopped since the end of February – one week later in other regions. Players at the start were disappointed because no one was too concerned about the situation, now that everybody understands the importance of it, darts is just the last of our thoughts.”

Meanwhile, the Junior Darts Corporation has suspended all action for the foreseeable future amid growing concerns for their youngsters. All academy sessions have been cancelled and the Greenzone Tour (for under 10s) and Junior Tour have been postponed.

The vast majority of schools have now been closed across the continent, and when youth darts returns from its current cancellations and uncertainties, expect averages through the roof, with youngsters hitting the dartboard with regularity during an elongated Easter break.

Elsewhere, the biannual staging of Super Darts was postponed earlier in March. It was scheduled to commence on the anniversary of former champion and Japanese darting legend, Morihiro Hashimoto – who sadly, unexpectedly passed away three years ago, aged just 40.

Hashimoto played through an earthquake during a World Championship qualifying tournament in his home country, and he would have certainly been vying to return to the oche during these unprecedented times.

Super Darts 2020 was planned to be arguably the biggest soft-tip tournament of the season, with the winner receiving roughly a staggering £69,000 – translated from Japanese Yen.

Minseok Choi and Yeo Joon Park will compete in the final next week, as well as Hye Jin Choi and Hye Lim Seong in the ladies final.

“A couple of tournaments continued, like the OGN Darts Championship – which went ahead without an audience. It’s much bigger than just the Asian Tours. There are also still small, local tournaments being played as far as I’m aware, so not everything is lost.”

She added: “Obviously players are disappointed, they want to play, but they’re also very understanding. I believe the most frustrating thing is that one can book a complete trip and it could still get cancelled just days before.

“Players just don’t know what they can expect, I’ve read some saying: let’s just focus on 2021 because all the postponing isn’t working.”

Unfortunately, we do not appreciate what Barry Hearn and a number of other essential characters have invented in the current status of darts as a sport until it’s abruptly taken away.

It will return at some point. But, currently, not a single sole knows when. It could, however, be a very long time, and further tournaments could be impacted significantly.

CORONAVIRUS AND DARTS – A LIST OF ALL THE SIGNIFICANT CANCELLATIONS

Victoria Easter Classic, April 12-13 – Expected to be cancelled or postponed

White Mountain Shootout, April 17-19 – Expected to be cancelled or postponed

Denmark Open and Denmark Masters, May 1-3 – Postponed until further notice

Finnish Open and Finland Masters, May 15-17 – Postponed until further notice