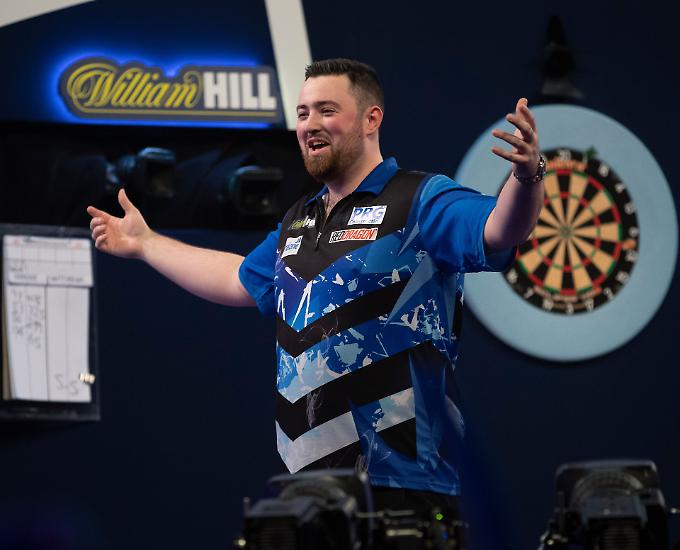 The Lockdown Knockout series allows players to participate from their homes during the coronavirus pandemic, keeping darters of any level competing despite competitions not being allowed to take place in person.

Following Chris Dobey’s success in the inaugural knockout, Humphries came through a 128-man field to claim the spoils.

Wins over Tommy Lishman and Matt Packham followed for ‘Cool Hand Luke’ as he sealed his place in the semi-finals – where he edged past Bedlington’s Callan Rydz.

He then overcame Freddy Still and Wales’ Rhys Davies to set up a mouth-watering final with Humphries, hitting a magnificent 164 outshot along the way.

Humphries pinned four maximums and registered a world class 104.16 average in final, with McDine holding his worth in a 6-4 defeat at the hands of the back-to-back World Championship quarter-finalist.

Dobey produced a scintillating standard up until the final, averaging a faultless 113.86 in his opener against Joe Usher, before pinning a 109.39 in a 5-1 thrashing of Graham Usher in the fourth round.

‘Hollywood’, who was set to grace the Premier League stage in Newcastle last month, missed double 12 for a nine-darter in his emphatic victory over the reigning Lincolnshire Open champion, Usher.

Richard North averaged over the 105 mark in his second round win over Jamie Lewis, before departing at the hands of Humphries, while James Richardson, Arron Monk and World Masters quarter-finalist Carl Hamilton endured first round exits.

Nick Kenny and Carl Wilkinson joined North in falling at the second hurdle, while Andy Boulton suffered a quarter-final defeat at the hands of Welshman Davies.

Croatia’s Romeo Grbavac embarked on an inspired run to the fourth round, becoming the furthest overseas player since the introduction of the innovative Lockdown Knockout series.