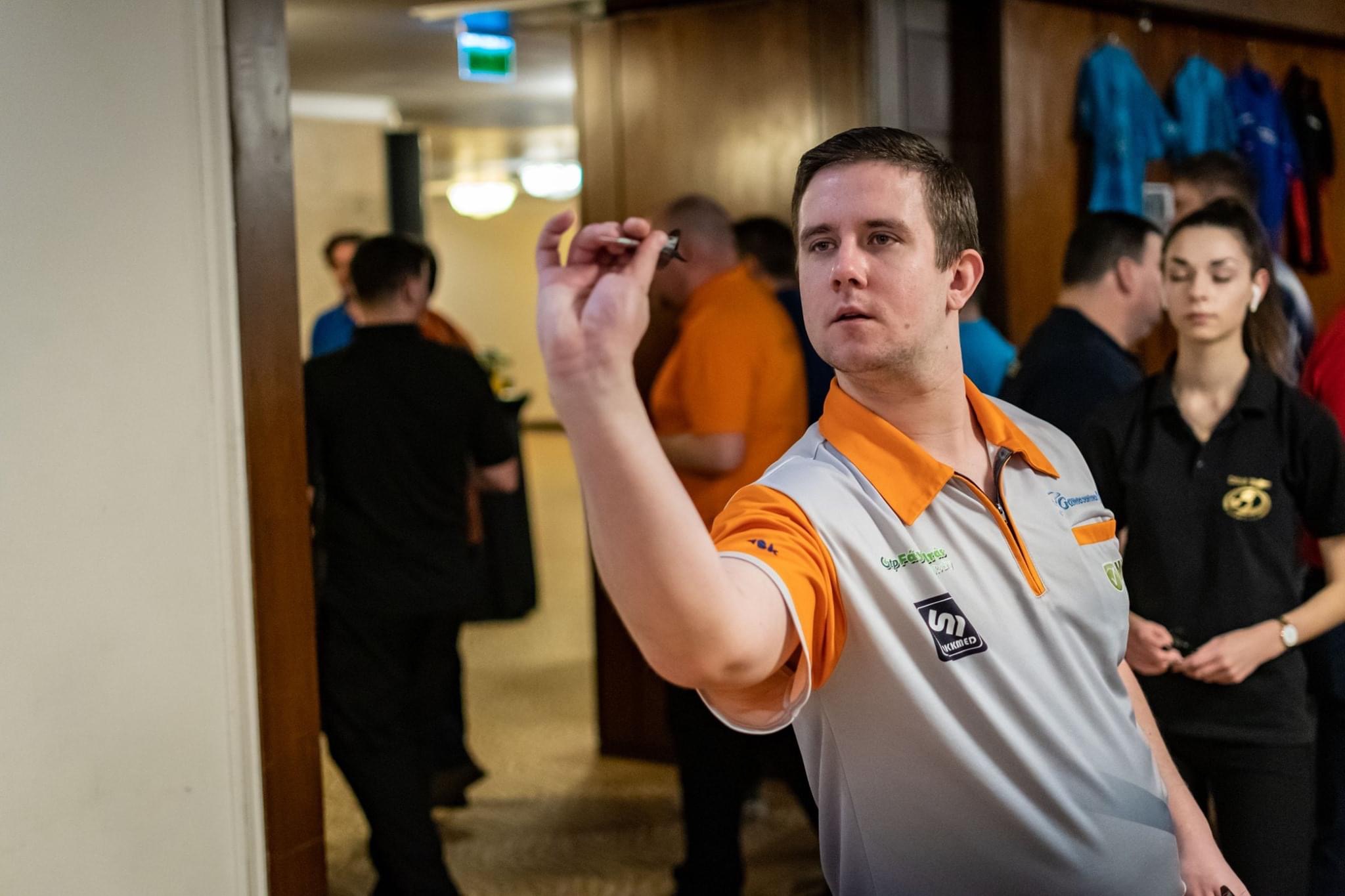 Following the triumph of Fallon Sherrock in the women’s final on Sunday, the men’s final was contested, with both participants competing from their respective homes.

Kovacs registered two ton-plus averages during the early stages of the competition, finishing third in his group due to losses against both Dale Hughes of Wales and Germany’s Ricardo Pietreczko.

The 24-year-old then recorded a blistering 112 average in a 4-2 win over South Africa’s Dameon Steffens, before overcoming both Martin Heneghan and Sebastian Bialecki by the same scoreline to reach the semi-finals.

Kovacs subsequently denied three-time world champion Martin Adams in the last four, averaging marginally spare of the 98 mark to move within one victory of the title.

Eight squandered attempts at double proved particularly costly for England’s Adams, with checkouts of 108 and 128 helping the Hungarian over the line.

In terms of numbers, Kovacs proceeded to produce his worst performance of the knockout stages in the final against two-time BDO World Championship qualifier Soutar, but battled back from 3-0 behind to secure the spoils.

Soutar, who was part of the Scottish team who lifted the WDF World Cup seven years ago, started like a train in the final, converting a stunning 131 checkout to move 3-0 in front.

Nevertheless, combination checkouts of 60, 76, 89 and 124 helped Kovacs turn the tables and construct a 5-3 advantage heading into the latter exchanges of the encounter.

Soutar responded with a 110 outshot of his own to keep his hopes intact, though, four treble-less visits in the subsequent leg handed Kovacs a comfortable hold of throw to claim the crown.

Despite suffering defeat at the final hurdle, it was campaign of valiant exploits for the Soutar. The Scotsman eased through his group with a mere one loss to his name, before reaching the final.

Mongolia’s Altantulkhuur Myagmarsuren, Danny Baggish, Adam Gawlas and Welshman John Williams-Jones were all swept aside by Soutar during his remarkable efforts from his home in Arbroath.

Meanwhile, Adams and Paul Hogan were the overall winners by virtue of the amount of points they collated throughout the tournament, meaning England were crowned champions in both the men’s and women’s categories.

Click here for full results and statistics via the DartConnect system