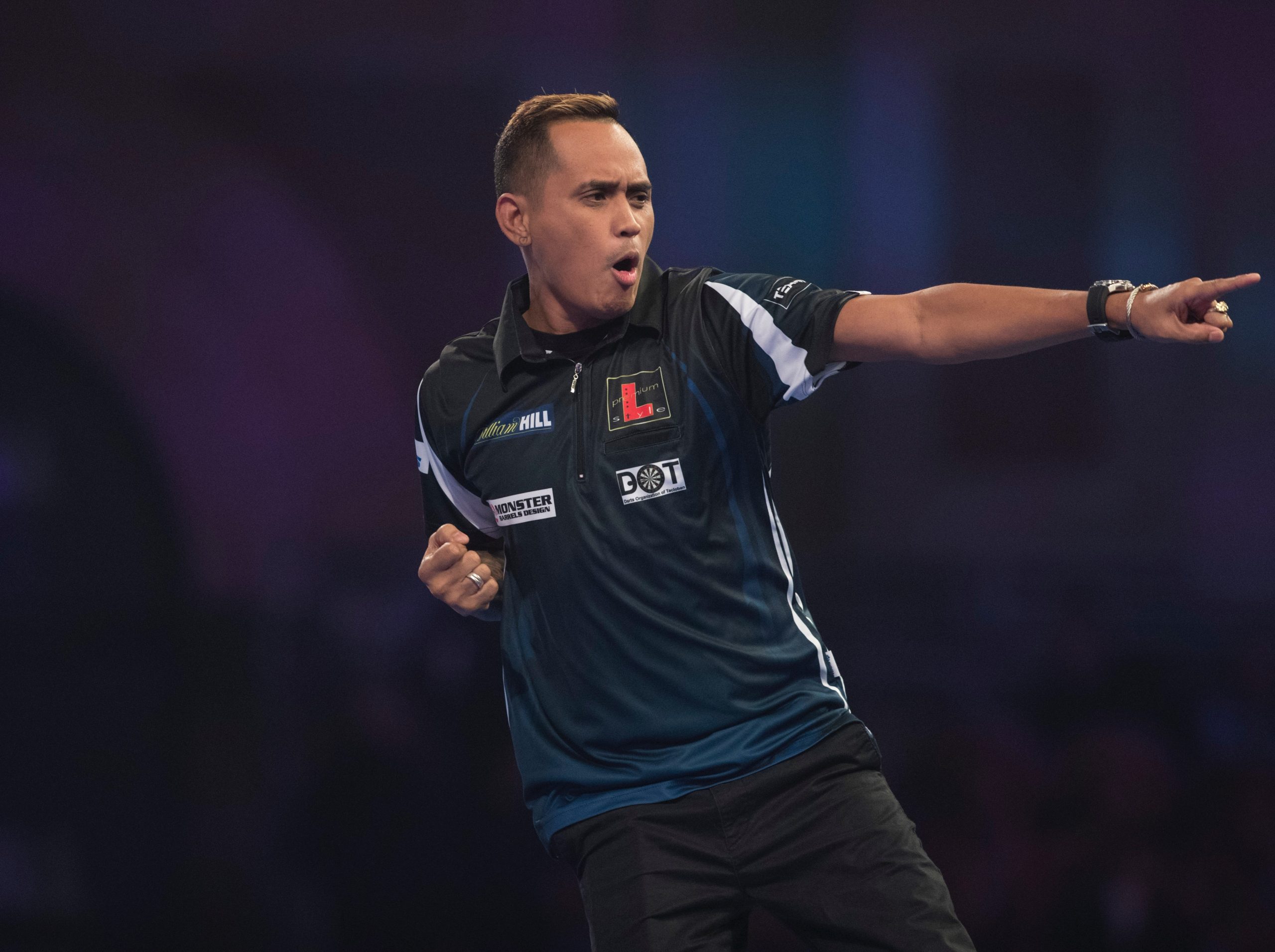 Lourence Ilagan secured his World Darts Championship return on Saturday evening in Tacloban City as he reigned victorious at the Philippines Qualifier.

Ilagan’s opportunities of playing competitive darts have been limited throughout this year following the cancellation of the PDC Asian Tour, but he will be back at Alexandra Palace next month.

The seven-time Asian Tour event winner overcame fellow countryman Paolo Nebrida well into the early hours of the morning to claim his fifth appearance at the sport’s showpiece spectacle.

It was youngster Nebrida who took the opening set of the final, converting combination checkouts of 56, 86 and 91 on the bullseye to get off to a flying start.

Nevertheless, his hopes of a World Championship debut soon diminished as an excellent Ilagan reeled off three sets in succession to book his ticket to London.

It will be the 42-year-old’s third consecutive appearance at Alexandra Palace, having topped the Asian Tour rankings to qualify in the past two years.

Emerging youngster Dolreich Tongcopanon whitewashed Ilagan’s World Cup of Darts partner in the quarter-finals, before being denied by Nebrida in the last four.

Further qualifying events on the Asian continent are scheduled to take place in Hong Kong and Japan on Sunday.