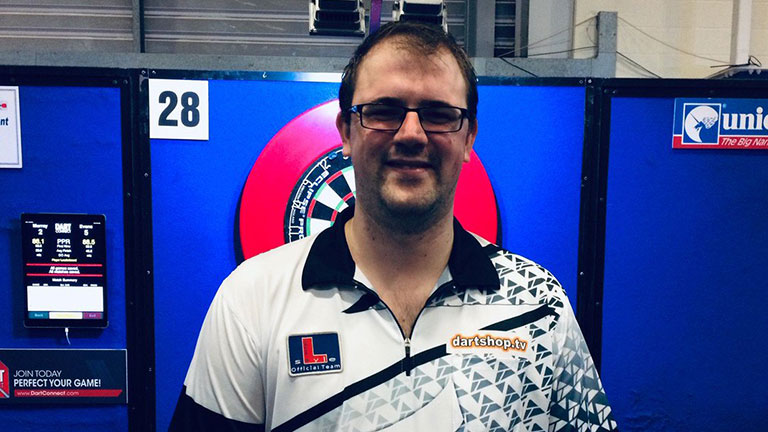 In the Counties: Evans sets sights on title after scintillating Lancashire showing

David Evans believes Lancashire have the capability of being crowned champions once again after he produced a scintillating showing as his Lancashire side hosted Devon in their BICC Premier Division opener.

Evans, 29, pinned a stunning 96.96 average as he whitewashed Mark Shears 4-0. Evans aside, Lancashire have collated an impressive outfit and will be valiant contenders to knock Yorkshire off the top of the Premier Division.

“I’m really happy,” said Evans. “Performing well in any match is amazing especially to average in the top three across the UK, but to win the match and gain a point for your team is the main thing.

“I think that Lancashire is a very strong team in both the ladies’ and men’s. Of course the Men’s A won the Premier Division last year for the first time in 17 years. I believe that Lancashire have the players to become champions again.”

Lancashire got off to a disastrous start as Plymouth’s John Mann whitewashed Martin Barratt, averaging an imposing 92.49, only for just two wins to follow for Devon A with Thom Humphrey and Ben Chamberlain coming out successful.

Adam Huckvale and Michael Sexton led the Lancashire B side to a comfortable 8-4 triumph.

Lancashire’s Jo Clemens and Devon’s Maria O’Brien both performed well as the ladies’ match ended three-a-piece, with Lancashire winning the B match, 4-2.

The Red Roses’ rivals, Yorkshire, propelled on their title-winning campaign last season as despite their first team enduring a loss, they proved too much for a courageous Warwickshire outfit.

Yorkshire B opened proceedings with an emphatic 11-1 thrashing of Warwickshire’s second team. Both Carl Wilkinson and former RedDragon Champion of Champions finalist Tony Darlow surpassed the 90 mark in the averages in a remarkable display.

Yorkshire’s A team were out-of-sorts to say at the least as they were brushed aside by an inspired Warwickshire A performance. Rugby’s Prakash Jiwa produced a terrific showing, as did Nigel Heydon and Rob Comben, with Warks coming our eventual 9-3 winners.

Elsewhere in the Premier Division, their were wins for Glamorgan, Lincolnshire and Northamptonshire – who saw off Hampshire, Essex and Cornwall.