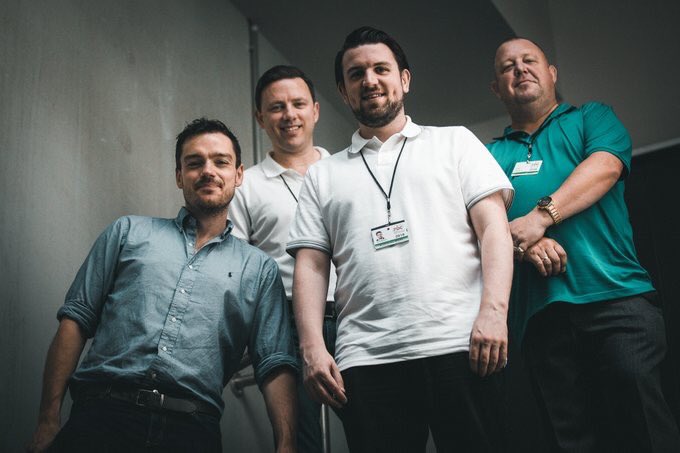 Speaking to Jamie Cameron, Murphy said: “I think that José de Sousa has got a very difficult match against whoever comes through between Ross Smith and David Evans.

“He’s potentially vulnerable because he’s under a bit of pressure now having won that Grand Slam title.”

The man the Portuguese sensation beat in the final to lift the prestigious Eric Bristow Trophy, James Wade, has been tipped by Murphy for a deep run at Alexandra Palace.

“I think it’s difficult to look further than the top three, but if I was going to add a fourth name in there, it would be James Wade. He’s never reached the final at the World Championship, but he looks like his old business-like self again.”

Michael van Gerwen, Peter Wright and Gerwyn Price have been some way ahead of their fellow professionals this year as Murphy mentioned, and are all vying for the world number one spot heading into next season.

Defending champion Wright faces Steve West or Amit Gilitwala in his first match, and the PDC ProTour commentator believes ‘Snakebite’ could have a tough test despite support from the returning fans.

He said: “I think it will be a massive boost for Peter Wright to have some fans there even though it’ll be very different to the kind of atmosphere that he experienced when he won the tournament last year.

“Steve West is a very, very dangerous player and I’d expect him to get through that match. On his day, he can live with anyone so that’s a potential banana skin for Wright.”

Michael van Gerwen could take on Ryan Murray, who he famously hit two nine-darters against in a UK Open Qualifier three years ago, should ‘Muzz Lightyear’ overcome Lourence Ilagan of the Philippines.

Murphy thinks that could serve as extra motivation for the Scotsman. “He became the answer to a quiz question, but he probably wants to be more than that, and what better way to make a name for yourself for the right reasons than beating the world number one at the World Championship.”

On their chances, Murphy said: “I think the match between Lisa Ashton and Adam Hunt is a coinflip really. Lisa could win it but Adam on his day is very capable. I think either of those could go on to give Jamie Hughes a game.

“They [Ashton and Hedman] both have a really good chance of getting through the first match. I think Lisa has the chance of going even further.”

“Madars Razma, should he get past Toru Suzuki, could give Gary Anderson a game. Anderson is struggling of course with a knee problem.

“Daryl Gurney doesn’t seem to be able to get anything going at the moment, and I think the same could be said for Chris Dobey at the bottom of the draw as well.”

For the title, Murphy sees Van Gerwen as the favourite: “Michael van Gerwen now goes to the top of the list because he won the Players Championship Finals.

“My theory is that he hardly picked up a dart during the first lockdown and he’s been playing catch up all year. I think he’s once again the man to beat.”