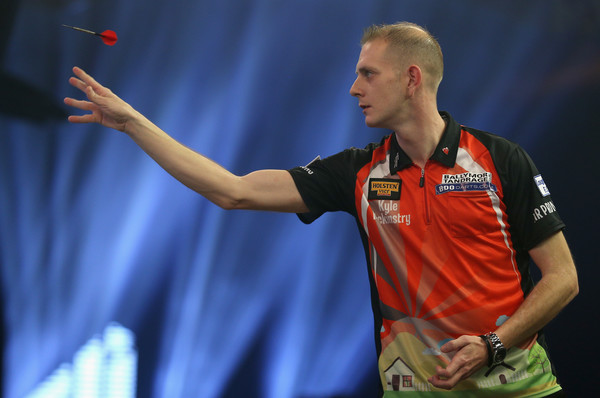 Yesterday I was granted an interview with Northern Ireland Darts Captain and star in the game Kyle McKinstry.  Kyle was gracious enough to do an interview with us on his progress and how he is preparing for his second crack at the BDO Lakeside World Championship in January 2019.

After a great year on the NIDO circuit and nationally, you’re now in the BDO Worlds – are you looking forward to it?

Well yes after a great year winning the NI Open, England Open, British Pentathlon and again qualifying for Lakeside, I cannot wait to get to Lakeside.

Chris Landman is your 1st round opponent, have you played him before?

Yes we have played twice before I think. The score is 1-1, so all to play for.

What are your plans heading up to Lakeside, do you have any exhibitions or attending any competitions?

I am doing a lot of practice and entering as many competitions as I can to get match ready for Lakeside.

What is your best accomplishment in darts so far?

Has to be getting to Lakeside two years in a row. But also winning the Northern Ireland Open beating some stiff competition. Winning British pentathlon.Winning English Open and of course being captain off Northern Ireland.

Do you plan on continuing in the BDO next year or will you try the PDC Q-School?

Hard decision mate, but I think I will give Q-School a go.

Besides yourself NI Darts is on the up, who do you see following you, in doing well on the BDO circuit next year?

Darren Clifford is doing great on the BDO circuit, he is one to keep an eye on.

What is your daily practice routine? Or do you have one?

I would practice a lot of finishing from 81 up. Then around the board on doubles but you must hit 2 doubles out of 3 darts before you can move on to the next number.

Favourite double on the board?

My favourite double is double 20 not that I hit it all the time, but I try.

Do you have any exhibitions planned that fans could come along to?

At the moment I do not have any exhibitions planned, but if anyone is looking one they can contact me through Facebook.

Can you give some advice to any upcoming darts players?

Believe in yourself, practice and be determined.

Besides yourself and the bookies favourites McGeeney and Durrant, who is a danger in the BDO WC?

Personally I think everyone is a danger. That’s why we are all there, so I treat everyone the same.

Which county team and league teams do you play for?

I play county darts for Area 9 in the Division 1 NIDO Inter Area County and league darts for the Ballymore Inn Tandragee.

Favourite thing to do outside of darts?

Spending time with my two girls and family time. My oldest girl is darts mad so hopefully one for the future.

Anything you want add yourself?

I would like to specially mention my partner Danielle Rea, who drives me all over the country, and never says a word.  I would not be were I am without her bringing me to the competitions. Also a special mention to the Ballymore Inn Tandragee and Indigo for all your help.

So  I would like to wish everyone a very Merry Christmas and a Happy New year. #villageman Tune in on January 8th at 8.45 on Euro Sport for my 1st round match.

Thank you Kyle for the interview. An absolute gentleman. Come on the #Villageman