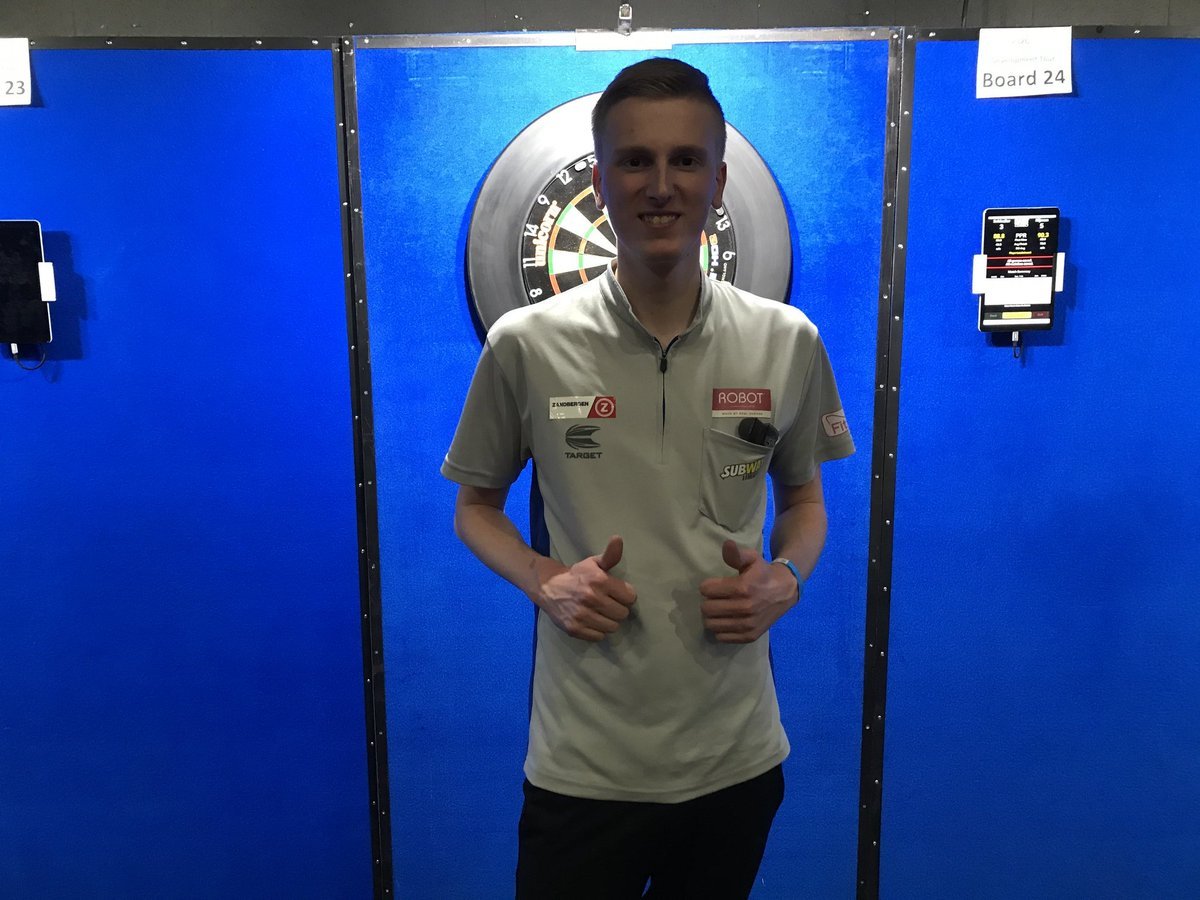 After winning three of the six Modus Icons of Darts Live League groups last week, Wessel Nijman continued his blistering form with an unbeaten start to his Modus A Night At The Darts campaign.

A Night At The Darts consists of players competing from the comfort of their own homes, providing entertainment for darts spectators, in order to fill the void created by the coronavirus outbreak on both the professional and exhibition circuits.

Nijman, 19, dropped just nine legs on his way to finishing top of the pile as he claimed four wins from four matches in an invincible days work.

His campaign commenced with a prolific performance in thrashing three-time world champion Martin Adams, recording an average of 101.83 and pinning five of his six attempts on the doubles.

He then continued his accuracy on the outer ring as he comfortably defeated Ritchie Edhouse by the same scoreline, before narrowly overcoming David Evans despite missing a grand total of 15 darts at double.

Nijman proceeded to round off a mesmerising string of showings with a 95.75 average and 108 checkout as he saw off five-time world champion and fellow Dutchman Raymond van Barneveld.

Evans registered a 98.63 in his opener against Edhouse, before thrashing van Barneveld with a scintillating 102.77 average and a 146 checkout.

He then overcame Adams, but a narrow defeat against emerging Dutch talent Nijman led to him finishing second best in Monday’s Group One.

Modus’ A Night At The Darts resumes on Tuesday evening from 6pm, with former world champion Scott Mitchell entering the fray in replace of Martin Adams.

The coverage is available to view free of charge via dartshop.tv and can also be streamed via a number of bookmakers websites as Chris Mason provides expert commentary.

Modus A Night at the DartsWessel Nijman