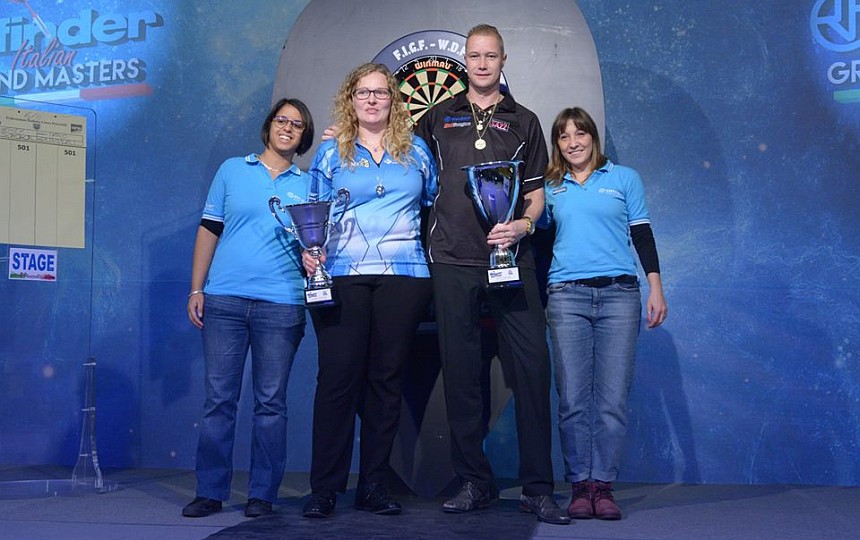 Wesley Harms will commence his Italian Grand Masters title defence on Saturday as he faces either Tony Borg or Andrea Laconi in the second round.

Harms lifted the prestigious crown last time around as he defeated Mario Vandenbogarde in the final, clinching the €2,400 winner’s fund.

The recent Malta Open champion Joe Davis will take on Marco Palese in the second round, while Malta Open runner-up Thibault Tricole, Martin Adams, Tony O’Shea, Dave Parletti, Mario Vandenbogarde and the recently injury-struck Nick Kenny are among those involved.

An in-form Mike Warburton will also head to Bologna as he takes on either Andrei Melita or Sam Head in the second round.

Aileen de Graaf will commence her defence of the ladies title as she takes on Rosanna De Rossa or Katy Innocenti, while Paula Jacklin, Andrea Brad and Laura Turner are among those to make the journey to Italy.

The Italian Grand Masters will take place on Saturday in Bologna, followed by the Italy Open on Sunday.