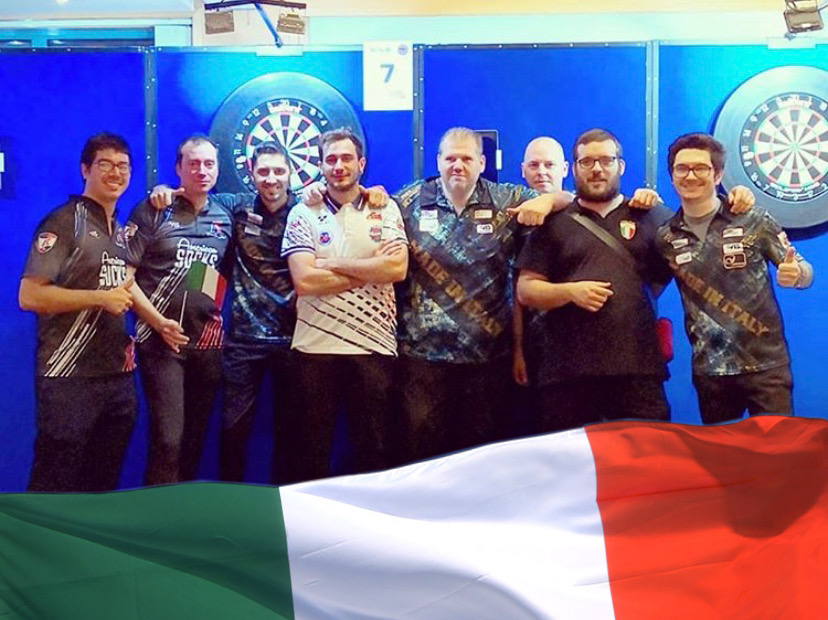 Each day brings further apprehensions for the country of Italy at present, from its rising death tolls to the vast majority of its population being significantly affected by the dreaded coronavirus.

Francesco Molinari, who lifted golf’s prestigious The Open Championship two years ago, has expressed his sincere concerns despite not currently living in the country, while a number of Serie A footballers have contracted the disease.

Italian darts expert Jacopo Ghirardon organised a campaign prior to Italy being placed on complete lockdown – which urged people to stay at home and play or watch darts instead.

The campaign was supported by the likes of Italian World Cup of Darts star Stefano Tomassetti, Austrian number one Mensur Suljovic and PDC commentator Dan Dawson via social media.

Ghirardon provided an insight into how significantly the sport has been impacted in the country, with players having gone from being bitterly disappointed about constant cancellations to now being increasingly worried about the situation.

This virus is literally destroying our lives.

My company entering into layoff from Sunday, with a mortgage to pay for my home this means even tougher times ahead.

Plus another at very least 2 more weeks of lockdown, basically just home, work (when I will) and home.

“All tournaments and leagues have been stopped until April 3 – the end of the lockdown [at time of speaking],” he said. “As the season finishes in September, many tournaments have been postponed, including the Italian Championships due to be held in mid-April which will now be played at the end of May.

“Also people can’t now leave their hometowns due to the lockdown so no one can go to play even in a different town just for practise, they can just be playing at home as all the bars, pubs and clubs are closed.

“The league in the Veneto and Lombardia regions have been stopped since the end of February – one week later in other regions. Players at the start were disappointed because no one was too concerned about the situation, now that everybody understands the importance of it, darts is just the last of our thoughts.”

Although being situated at home for the majority of their lives and now being able to practise as much as they choose, flights have been cancelled and local competitions are completely out of the equation.

“At the moment people can’t move in Italy because of the lockdown,” he added, “you need a certification to be allowed to go to work for example – players can’t leave Italian territory. Most flights are canceled, so Italy is a very isolated country at the moment.”

Qualification for the newly-announced World Darts Federation majors could also potentially be at risk, with Italian players being unable to travel along with now, more recently, the lion’s share of Europe.

“It mostly depends on how long the lockdown will continue [it is expected to surpass the month of April], and how many tournaments will be skipped,” he said. “The European Tour events and some WDF tournaments, like the Greek Open have already been called off and this is good news for our players.

“It’s a shame about the Development Tour, with several Italians competing and doing well, they will be forced to miss out in the March events.”

March’s PDC Development Tour events have since been cancelled with professional darts being suspended until the backend of April at the earliest.

The coronavirus outbreak has come at an horrific time for the sport in Italy. The country has experienced unprecedented feats in the last year or so.

Stefano Tomassetti became the first Italian to win a World Darts Federation ranking title outside of Italy at last year’s Acropolis Open, held in Greece – which was this year cancelled due to ever-growing health concerns.

Tomassetti also made the headlines in partnering his countryman Andrea Micheletti in June’s World Cup of Darts as the pair registered a 95.53 average – Italy’s highest in the tournament – despite enduring a first round exit at the hands of Canada.

Italy as a country will undoubtedly continue its rise through the darting echelons once play resumes and the cases of the dreaded coronavirus diminish.