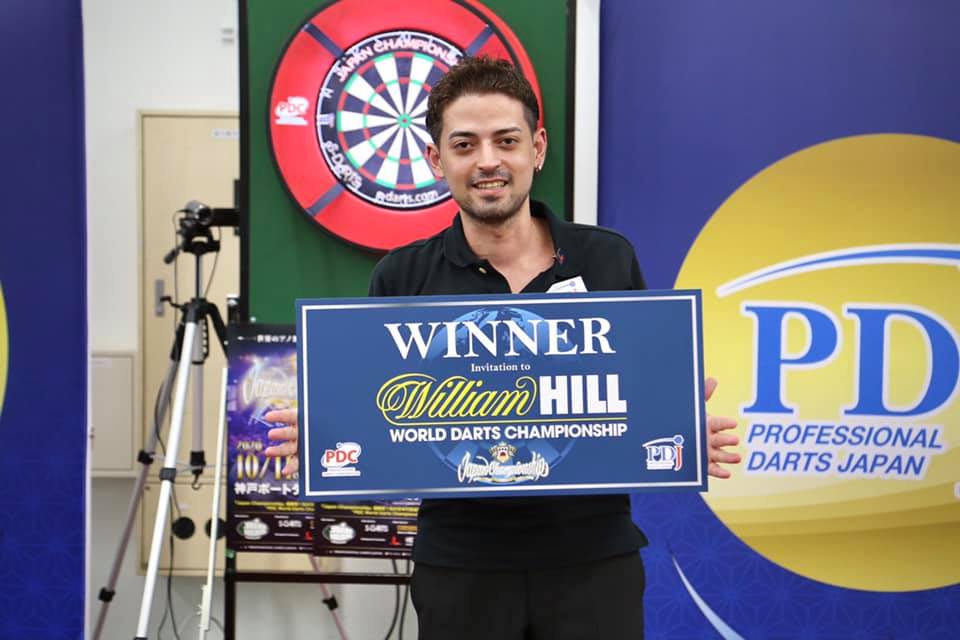 Shoji will make his first appearance on the professional scene in December, having defeated compatriot Akihito Morita in a closely contested final.

The Japanese ace breezed through his group in the early stages of the qualifier, before converting an impressive 108 outshot to defeat Tyson Hagi in the second round.

Shoji then registered combination checkouts of 86, 96 and 144 to overcome reigning women’s world champion Mikuru Suzuki, before averaging 95.92 on his way to thrashing Komori Age.

A subsequent whitewash victory over Atsushi Honma booked his place in the semi-finals – where he produced a stunning comeback to defeat three-time and defending champion Seigo Asada.

Six-time PDC Asian Tour event winner Asada constructed a 3-0 advantage, but Shoji reeled off four legs in succession to run out victorious, with Asada averaging below the 70 mark.

Shoji was forced to pull off another stunning resurgence in the final, battling back from 3-1 and 4-2 behind to deny Morita an Alexandra Palace ticket.

Elsewhere, despite exiting in the semi-finals of the qualifier, Asada could still be involved in December’s showpiece staging as one of the four players from the PDC Asian Tour.

This year’s Asian Tour was cancelled due to ongoing effects of the coronavirus pandemic, and it’s currently unclear as to who the four usual spots will go to.

Suzuki also has another opportunity to secure a second successive World Championship appearance, with the inaugural Women’s Series taking place this weekend.