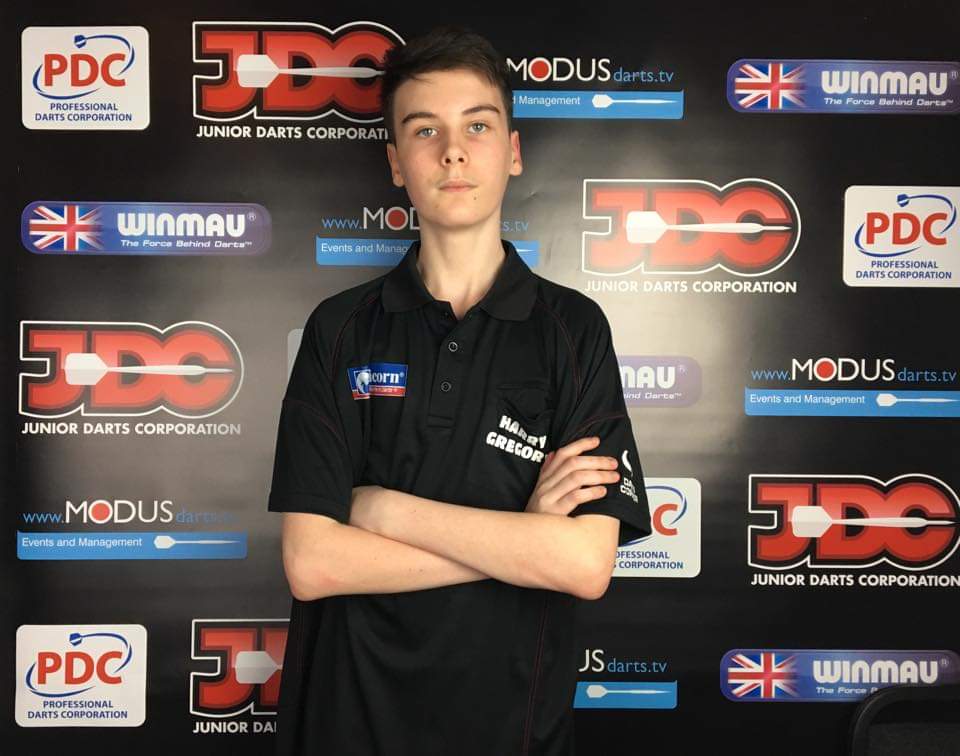 Harry Gregory clinched his second JDC title of the year as he defeated Alfie Jacques in the final of the second Super 16 Tour event.

Gregory, who reached the semi-finals of the inaugural Super 16 event, was forced to come through a tough draw despite the event being weakened due to the Europe Youth Cup taking place in Turkey.

He began the day with four 3-1 wins on the spin. Connor Pickett and Charlie Large both held valiant efforts, but were dispatched by the 14-year-old, before Gregory completed a routine victory over Tommy Nelson in the last 16.

Gregory then progressed into the semi-finals after brushing aside fellow St Helens resident, Jack Boardman. He then produced his best performance of the day – and it was needed.

Yorkshire-based surprise package, Charlie Manby, had dumped out Nathan Care in the quarter-finals, and averaged 83.1 against Gregory. But, it wasn’t quite enough as Gregory, who himself averaged 85.8, prevailed with a 4-1 triumph.

Gregory would face a resurgent Alfie Jacques in the final. He held throw in the opening leg, before Jacques took out 118 to level, only for Gregory to break throw in the fourth leg, extending his advantage to 3-1.

The 14-year-old remained focussed to hold throw and despite a late comeback from Jacques in the latter stages, a 16-darter sealed the deal as Gregory became a JDC Super 16 Tour champion.

Gregory will now appear at the Super 16 Tour Playoffs on December 28 with the chance of playing the final on the Masters stage.

The Super 16 Tour will resume on October 25 – after the JDC World Championships – with two events in Liverpool and Solihull to be played ahead of the playoffs.