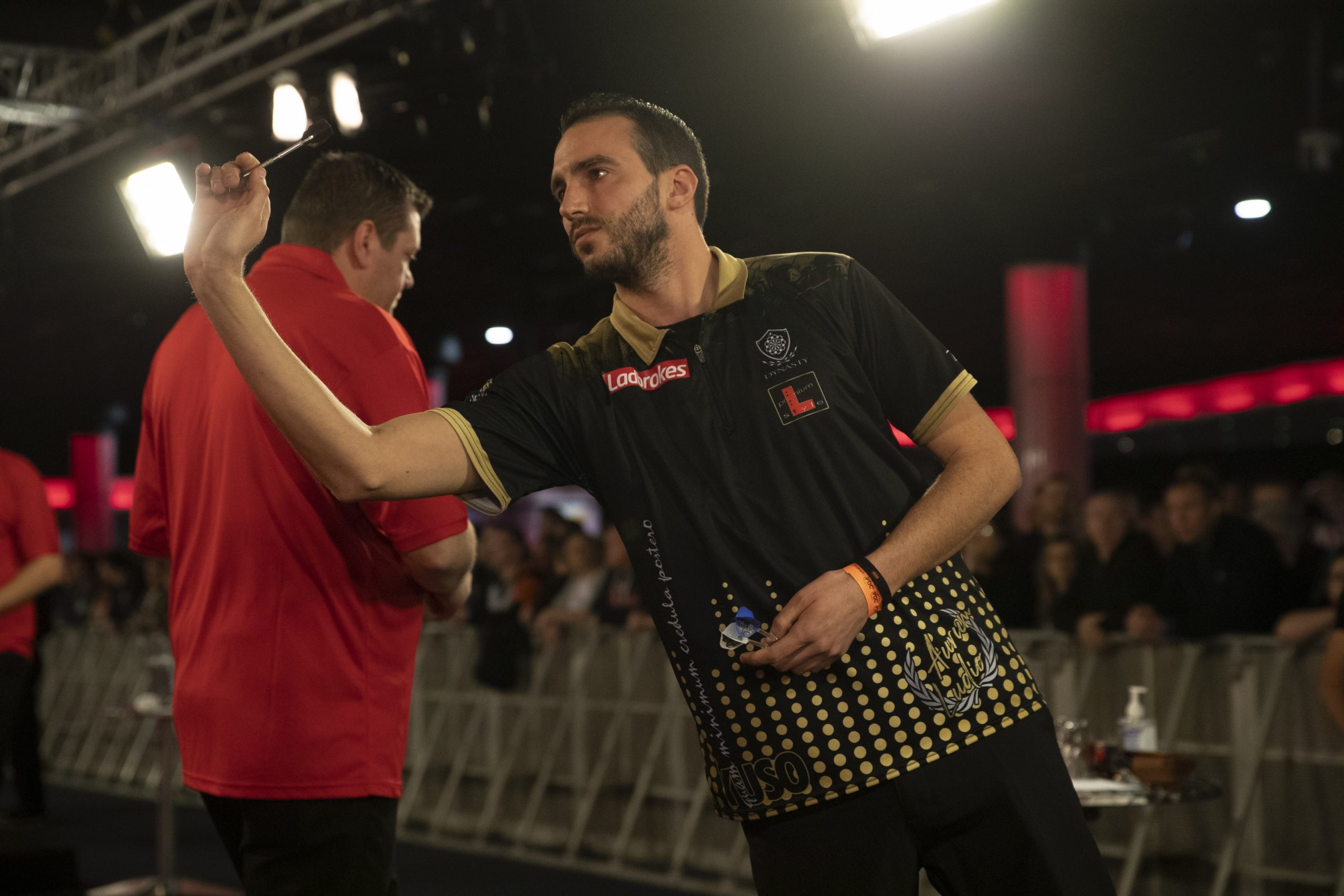 Jesus Noguera may not appear as a well-known name to cursory darts spectators, though, the innovative PDC Home Tour has allowed those lower down in the professional echelons the chance to see their name in lights.

Spain’s Noguera was hurled into the headlines last month as he ousted world number 10 Ian White and major champions James Wilson and Danny Noppert, with stacked stools and step ladders allowing him to prevail.

“I think any good result in any competition keeps your motivation alive to continue working towards your eventual goal,” said Noguera – who finished second best on the 2019 PDC Challenge Tour to clinch his maiden tour card.

The 30-year-old has acted as the nearly man of Spanish darts for the initial few years of his breakthrough into the world of professional darts, narrowly missing out in the decider of the South West European Qualifier for the World Championship on two occasions.

Portugal’s Jose de Sousa, who Noguera will lock horns with once again on Monday evening in the Home Tour Play-Offs, denied the Spaniard in his most recent attempt.

Noguera posing for a winner’s photograph in Wolverhampton

Following his brace of slender disappointments, Noguera carved a slice of success in clinching a coveted tour card courtesy of an impressive season on the Challenge Tour, winning two titles in the process.

“It was close to being my first Challenge Tour,” Noguera reminisced as he looked back on defeating the former major finalist Mark Walsh to claim his maiden success.

“I wasn’t expecting to have these kind of results so quickly, but while I was playing during the season the results grew better and better.

“Once you win a title on the Challenge Tour, you feel extra motivation to keep working and practicing and continue progressing in the same way.”

Since being inducted as a credited tour card holder earlier this year, Noguera has struggled slightly in adapting to life on the professional circuit, enduring four first round exits in six Players Championship events prior to the season being halted.

His most significant achievement arrived in Barnsley in March as he qualified for the now cancelled European Darts Open, before receiving the opportunity to compete in the first-ever Home Tour staging.

“Winning the tour card meant a lot for me because you see the effort of the whole year, winning a big prize and achieving a goal,” Noguera expressed.

“I was expecting a season with a lot of flights and competitions as well as lots of training and adaptation. But Covid-19 has stopped everything and we are now waiting to start again.

Noguera taking aim during a local tournament in Spain

“The Home Tour is a great opportunity due to the situation that we’re living in, but very uncomfortable and weird at the same time.

“It was a surprise for me to come through my group because all of the competitors were better than me. But I progressed, and I was happy to do so.

“It will be a difficult group once again [in the second phase], and now I don’t have so much time to practice due to work commitments.”

Jamie Hughes and Noguera’s fellow Spain-based sensation de Sousa also join the broadcast, with the Spaniard the outsider to progress as he was in the first phase.