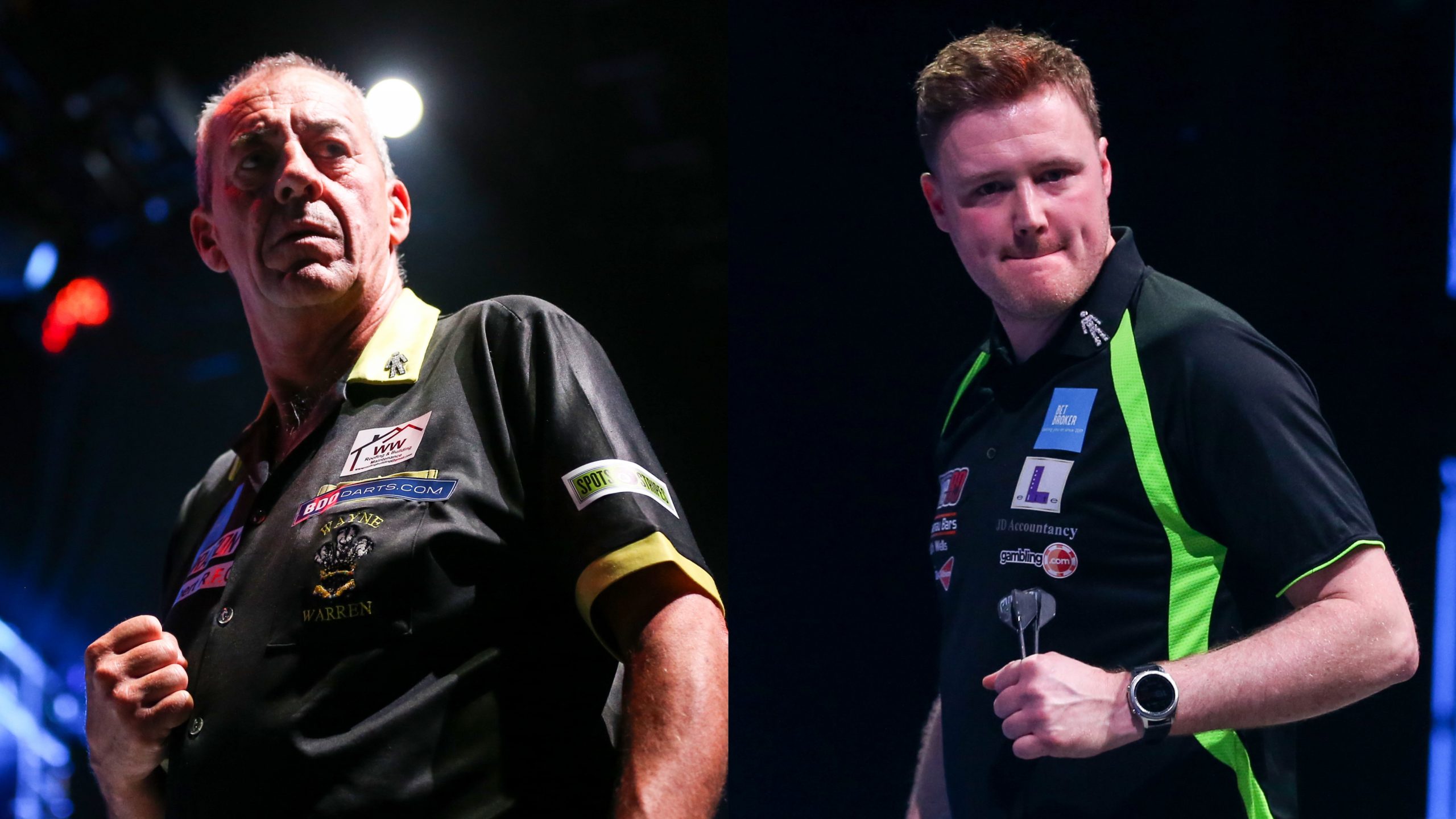 Jim Williams and Wayne Warren contest the BDO World Championship final on Sunday evening at the Indigo at The O2 in the first ever all-Welsh final.

Amid eight days of shocks, drama and stories emerging, we have a repeat of the England Open final between two of the BDO’s elite – who have both relatively comfortably progressed through to Sunday’s showpiece.

World Trophy champion Williams will take to the stage vying to live up to his destiny and lift the prestigious trophy for the first time, after stepping into the shoes of Glen Durrant as the heavy favourite.

Warren, meanwhile, is bidding to secure his first world title, whilst competing in his maiden major final. The Welshman’s previous biggest match of any magnitude was in 2014 as he lifted the BDO Gold Cup, though, that lies in a rather minuscule pedigree in comparison.

The Quiff has done it!

Jim Williams sets up an all-Welsh affair with Wayne Warren in tomorrow's final! ???????

‘The Quiff’ then significantly upped the ante on Saturday evening as he denied Belgium’s Mario Vandenbogaerde, booking his place in his third major final.

Warren’s route to the final was somewhat similar to that of Williams. The Rhondda roofer narrowly saw off Australia’s Justin Thompson in the second round, prior to beating both Andy Hamilton and Chris Landman with relative ease.

The Antwerp Open champion subsequently battled back from 2-0 and struggling in the semi-finals against Scott Mitchell, pinning tops to prevail and erupt into joyous celebrations.

Wayne Warren is into his first BDO majors final!

A record that makes for grim reading is Warren’s previous record against his countryman Williams, having been ousted in five of their six encounters within the BDO system.

The Welsh duo locked horns in the recent local Merthyr Darts Open, with Williams denying Warren once again on that particular occasion also.

Both have the credentials that are necessary in becoming world champion, with Warren hoping his intense scoring powers sees him over the line, and Williams with his drive, determination and undoubted skill when taking upon the oche.

A fourth Welsh champion of the world will be rightfully crowned on Sunday evening, with either Williams or Warren joining Leighton Rees, Ritchie Burnett and Mark Webster in having taken the trophy across the Anglo-Welsh border.