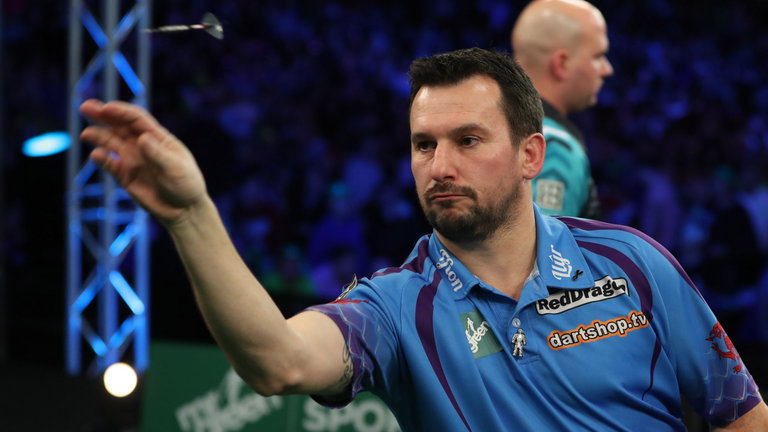 It was great to see Jonny win his first Players Championship in Barnsley, I sent Jonny a message through twitter asking if he would answer a few questions that I had, he was kind enough to say yes, so would love to share his answers with you all.

How did it feel the morning after you won the Players Championship 22 trophy in Barnsley?

“Really happy mate to be honest. Its such a hard playing field it’s awesome to get my name up there with a win.”

Who was your toughest opponent during the competition?

“It’s always tough on the floor mate,there are no easy games.but I always find Terry Jenkins a hard battle.”

How has this win boosted your confidence for the upcoming tournaments?

“To win a tournament it’s a massive confidence boost in any sport I think.”

What do you do to relax in preparation for each game?

“I don’t have any preparation Really, I just try not to think too much about the day and just try to get on with it.”

Just how tough are the Players Championships having to play so many matches in one day?

“Players championships are very very hard.when you get 128 players who hit 11darters for fun,it’s always going to be hard.”

What tournament is your favourite?

“World’s at the ally pally is awesome.”

Who inspired you to play darts?

Thanks so much Jonny for taking the time to answer my questions, wishing you best of luck for the rest of the season and really hope you do well at the worlds, May even get to see you play as trying to get tickets for the ally pally.