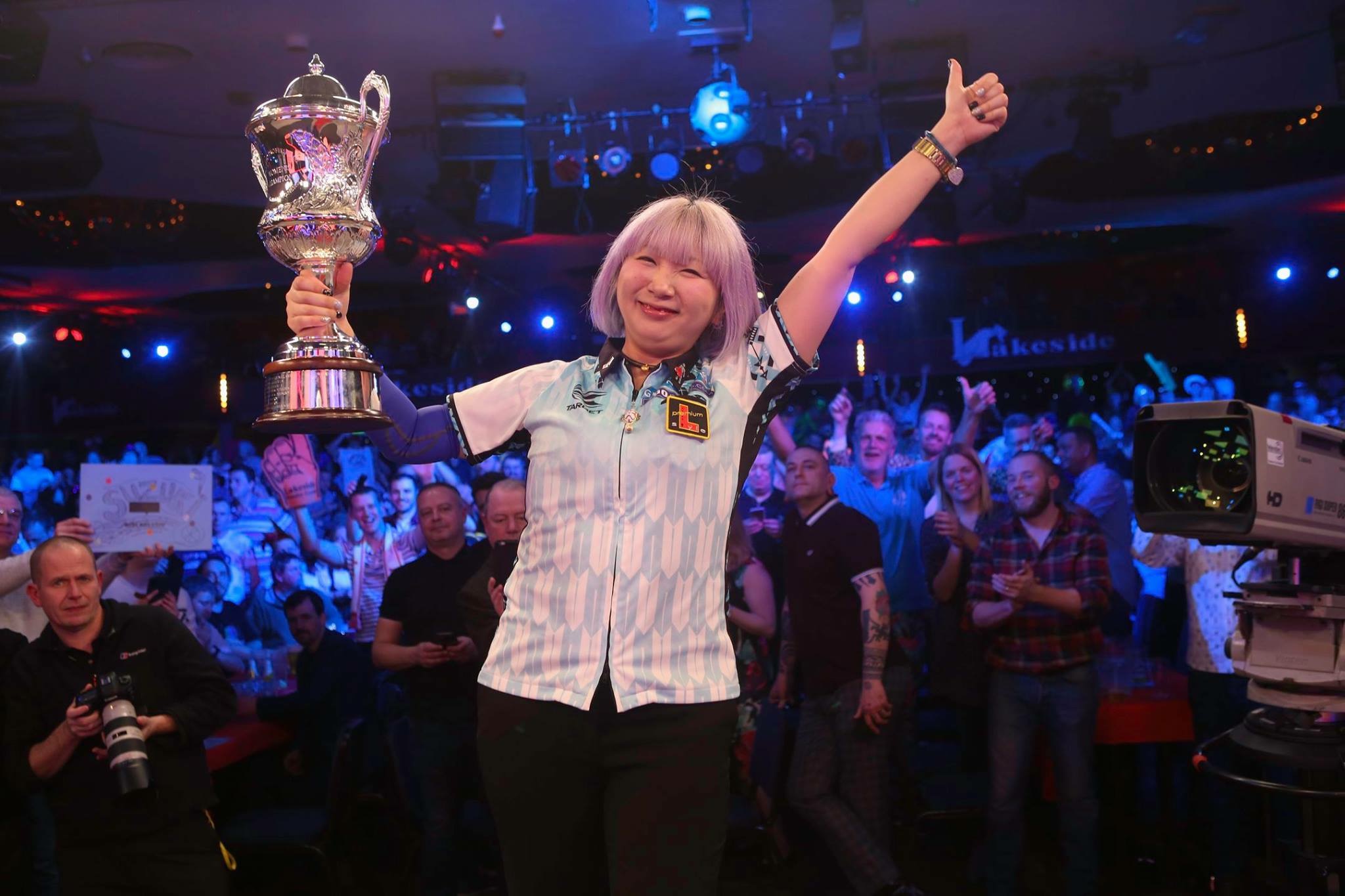 Jubilation for Japan as Suzuki is crowned World Champion

Japanese sensation Mikuru Suzuki claimed an historic victory on Saturday afternoon as she became the first non-European women to lift the World Championship, with a 3-0 win over Lorraine Winstanley at the Lakeside.

Suzuki became the first Asian female to appear on the Lakeside stage just a week ago when she dumped out reigning four-time World Champion Lisa Ashton, but topped that as she made history in becoming the first Asian thrower to win the coveted World Championship – in either PDC or BDO organisations.

It is not only a monumental occasion for Asian darts but ladies’ darts also with a new winner being crowned for the first time in five years, and Suzuki appearing at the Grand Slam of Darts becoming a possibility.

Suzuki raced out of the gates as checkouts of 72, 148 and 80 helped her secure the opening set of proceedings, before getting off to a flying-start in the second set. Back-to-back maximums were thrown by the 36-year-old as she threatened to become the first women to complete perfection on the world stage. It didn’t happen, though, what an attempt it was from a Japanese starlet who was destined to become champion of the world.

After Suzuki took a 2-0 lead in the second set, Winstanley got off the mark, hitting double 16. However, the luck stopped there for the number one seed as her opponent pinned tops to double her advantage and move on the brink of making history.

Whilst witnessing her opponent move just two legs away from the title, Winstanley had something to cheer for as she pinned a 99 checkout, but just two legs later, it was all over as Suzuki found tops to close out a fourth consecutive whitewash victory to go alongside her wins over Lisa Ashton, Sharon Prins and Maria O’Brien.

Suzuki’s nickname of ‘The Miracle’ proved to be very apt throughout the week in Surrey as she rose from an outsider at 150/1 pre-tournament to her name being engraved on the prestigious trophy.

Gregory and Bennett victorious in Wolverhampton