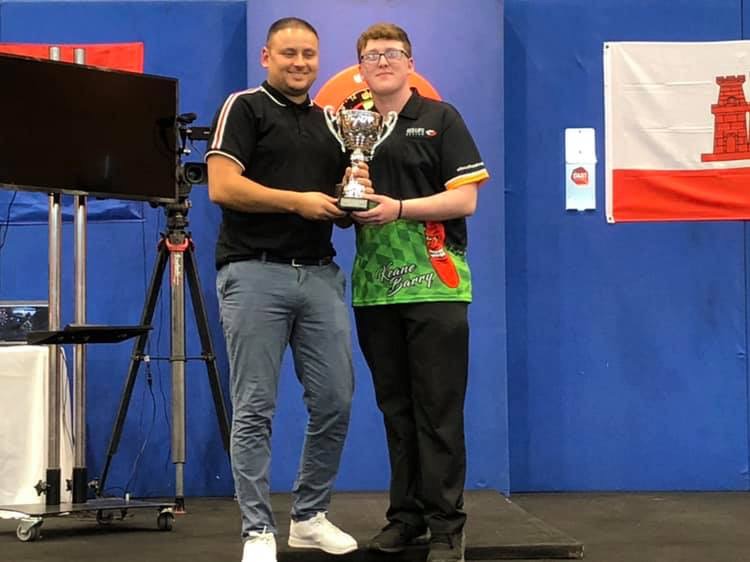 Just a matter of weeks after moving on the cusp of PDC World Darts Championship qualification, Keane Barry lifted the inaugural JDC International Open following a narrow win over Nathan Girvan in the final.

Barry, who has reached the final of the Tom Kirby Irish Matchplay which will be played at the CityWest Hotel during the World Grand Prix, came through a 129-entry field at Gibraltar’s newly-built Europa Point.

The Irishman began his campaign with a 4-0 trouncing of Cannock’s Sean Craig, before averaging 91.6 in comfortably seeing off Denmark’s Danny Jansen.

17-year-old Barry subsequently fought back from 2-1 down to defeat Jack Sheppard, prior to back-to-back whitewashes over Zach van Vliet and reigning JDC world champion Jurjen van der Velde sealed his place in the semi-finals.

Half of the semi-final lineup was of Czech descent, and both Adam Gawlas and Tomas Houdek performed relatively well despite enduring exits.

17-year-old Gawlas, who produced that performance at the Austrian Darts Championship where he averaged 99 in edging out Ross Smith, fell short at the hands of Nathan Girvan, while Houdek lost out to eventual champion, Barry.

Both youngsters raced out of the gates in the final, with Scotland’s Girvan taking an early 2-1 lead, only for the Finder Youth Masters champion to reel off three on the spin and move into the driving seat.

Barry eventually pinned double eight to seal the deal and win the JDC International Open, a day prior to the JDC World Championships taking place in Gibraltar.

European Championship Permutations: Who needs what?