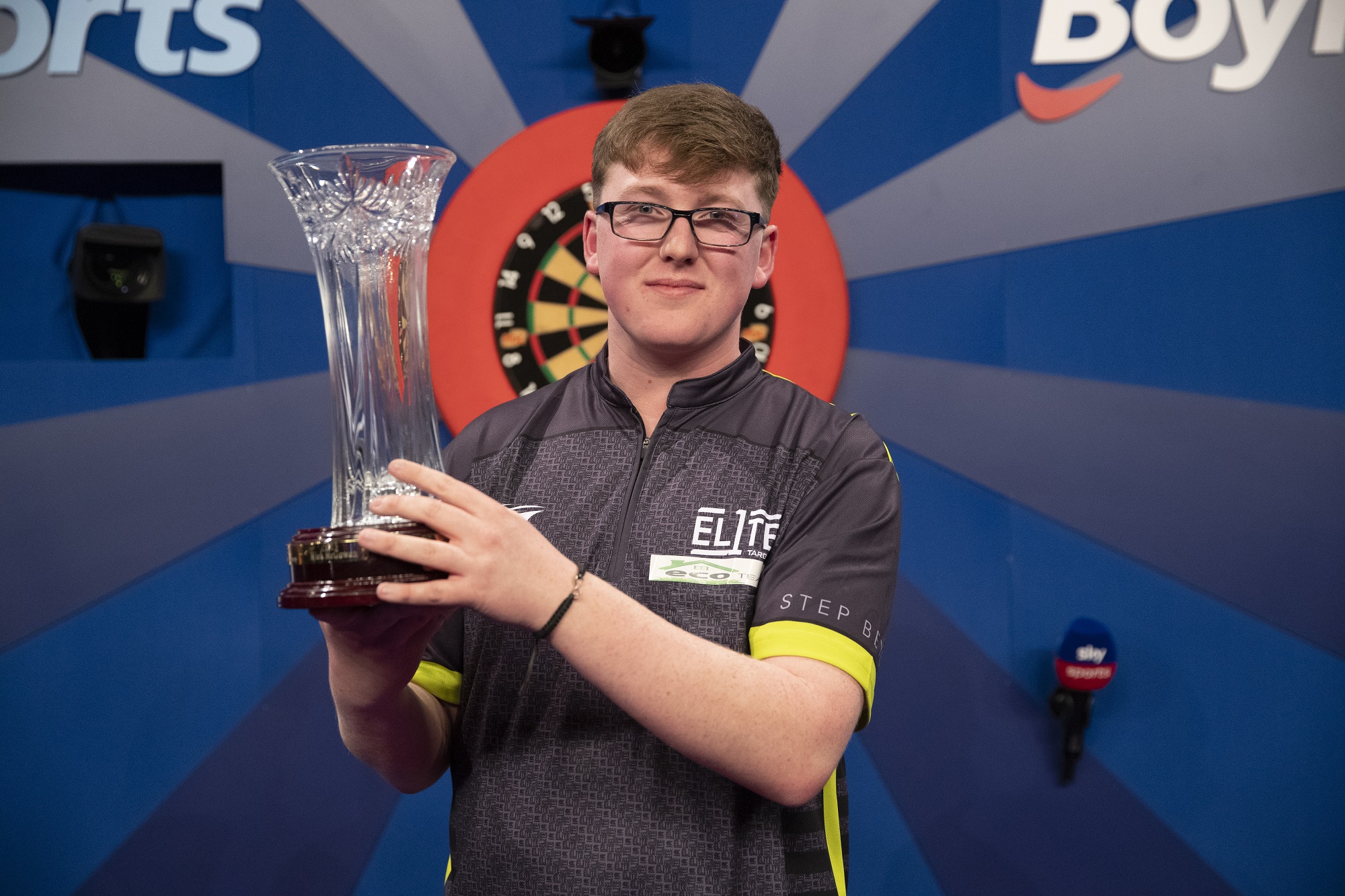 Ireland’s Keane Barry produced a rousing comeback to win the 2019 Tom Kirby Memorial Irish Matchplay final in dramatic fashion with a 6-5 defeat of Liam Gallagher from Galway in Dublin on Saturday.

Teenager Barry will now compete in the William Hill World Darts Championship for the first time in December after claiming the top domestic honour.

Galway’s Gallagher, 23, impressed as he came from a leg down to lead 3-1 as a 68 finish broke throw either side of two tops finishes.

Barry, a 17-year-old from Duleek in County Meath, responded with a 12-darter, but Gallagher took the next two legs to move to the brink of victory at 5-2.

However, he would pay for missing ten match darts across the next three legs as Barry took out 96, double 16 and 106 to save the match as the tie went to a sudden-death leg.

Barry then missed two match darts himself as the tension inside the Citywest Convention Centre rose further, only for Gallagher to miss an 11th chance for victory as he failed to land tops for a 117 finish, allowing his rival back to land double six and complete a stirring fightback.

It’s a dream come true and I’m over the moon, said Barry, who landed five 180s in the contest. I really enjoyed myself up there.

Liam got ahead and had a lot of chances in the game but he didn’t take them, and when I got my chances I took them and scraped over the line.

The 106 to go five-all really turned it over, the crowd was on my side and it was an amazing feeling to win. Hearing the crowd singing my name gave me goosebumps.

Barry had already secured one Alexandra Palace appearance in December after winning through to the final of the Scott Farms International Junior World Championship on the JDC circuit.

He also sits tenth on the PDC Unicorn Development Tour Order of Merit this year, and is on course to be the youngest competitor in this year’s World Championship.

I’m in the JDC final already so it was a free shot, added Barry. It’s a dream when you’re younger [to play in the World Championship] – you watch it every year and you think you’d love to be there so it’s really special for me.

It’s a dream come true very early but I’m going to make the most of it and we’ll see what I can do there. I’ll try and enjoy it and I know that if I play my own game I can beat anyone.

Commiserations go to Liam Gallagher who I have played myself up in Donegal and has been on the darts circuit in Ireland for many years even though he is still only 23! He will know he should have crossed the line, but the winning double just seemed to get harder the more he missed, eleven in total. He is such a good player, whilst at the recent NI Matchplay, ran by the NIDO, he hit a 9 darter in the tournament.

However at the Grand Prix he raced ahead but just couldn’t get the job done and Barry came back and never gave in. Keane is such a great little player and he will go up there at Ally Pally and enjoy his darts, who knows he may shock a few, as I know he is very much capable on his day.  A product of the JDC Ireland team ran by Keith ONeill who supports all the young Irish talent in the Republic is doing wonders for Irish darts, evidenced by another JDC Ireland star Katie Sheldon being a runner up at the girls WDF World Cup to Beau Greaves. The JDC are doing a great job.