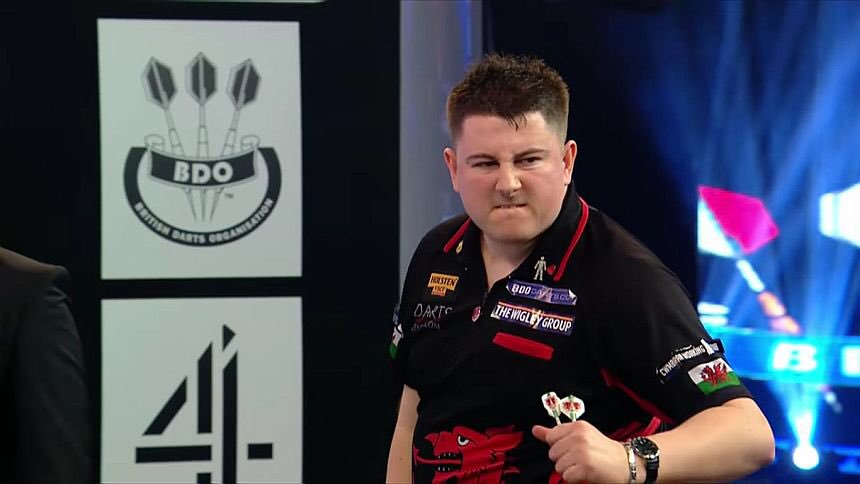 Less than 24 hours after fellow Welshman and Big 5 Sports Management stablemate Wayne Warren won his first title of the year, Nick Kenny did the same by triumphing in the 2019 BDO Belgium Open.

It was a first ranking title in 14 months, and a fourth overall on the circuit, for the Cwmbran thrower, who sealed the title and the €1800 top prize with a win over Tonny Veenhof.

Kenny beat Andy Hamilton and Wesley Harms before seeing off Gary Robson in the semis to set up the meeting with the Dutchman, who was playing in his first BDO final.

Veenhof had enjoyed a strong tournament, earning his first ranking points of 2019 by beating Kenny Neyens, Ross Montgomery and Thibault Tricole, but he didn’t have enough for his Welsh opponent in the final, eventually losing 7-4.

This win was hardly a surprise as Kenny has been one of the most consistent performers on the BDO tour this year, regularly featuring in the latter stages of competitions. A former World Trophy semi-finalist, he will be heading into this year’s event brimming with confidence.

Antwerp Open winner Warren fell in the last 32, losing to the Belgian Brian Raman, who in turn lost in the last 16 to Toon Greebe.

Aileen De Graaf ensured that just as the two men’s singles events were heading to Wales, the two ladies singles crowns travelled the short distance across the border into the Netherlands by beating Laura Turner in the Belgium Open final.

It was actually a repeat of last month’s Luxembourg Open final and once again De Graaf was the stronger player, winning 6-2 to pick up her fifth title of the year.

Bernard Martens successfully did the double in the disability darts event courtesy of a 4-2 final win over Andrew de Kock.

James Beeton has dominated the BDO youth tour this year and he successfully did the double in Antwerp as he added the Belgium Open title to his ever-growing collection. The English youngster beat German international Robin Radloff and Sam Coenders to set up a final with Gian van Veen, which he won convincingly 5-2.

In the girls event we did have a different champion, as Julie Berens beat Nicole Bouaraba 4-1 in the final.