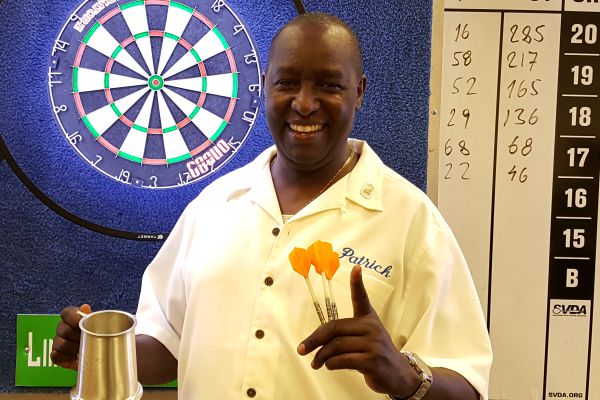 Patrick Kithi and Renee Ripol were the big winners at the 50th Oregon Open this weekend, which this year was a BDO-ranked event for the first time.

With a number of the top American players tied up with the third round of the CDC tour in Illinois, the men’s field was quite open for the Oregon Open, and Patrick Kithi emerged victorious.

Kenya’s Kithi beat the likes of Ken Camp and Charlie Harrison on his way to the final, where he took on Michael Yaksitch. Yaksitch raced into a 3-0 lead in the best-of-seven encounter with legs of 18, 26 and 23 darts, only for Kithi to win four legs on the spin to take home the title and secure his place at the World Masters later this year. Kithi averaged 68.5 in the final and for his efforts picks up the $500 top prize.

The absence of many of the top players means the BDO’s US regional rankings are unchanged at the top, with Joe Chaney still leading, but Kithi has now moved himself into the top 10.

The standout name in the men’s field had been Kevin Luke, the 2018 Las Vegas Open champion, but he was defeated in the last 32 by Rick Adcock, who himself lost in the quarter-finals to Yaksitch.

26 players fought it out in the ladies competition, with Renee Ripol triumphing.

Ripol, a quarter-finalist at the Camellia Classic in February, saw off Carole Herriott in a relatively low-quality final to win the title, book her World Masters place and bank the $250 winner’s reward.

Both women struggled with their finishing in the final, with two legs taking 32 darts to complete, but Ripol had just enough to take out the final two legs and win 4-3.

The next US ranking event on the BDO tour is the Cherry Bomb International, due to be played in Deerfield Beach, Florida in three weeks’ time.