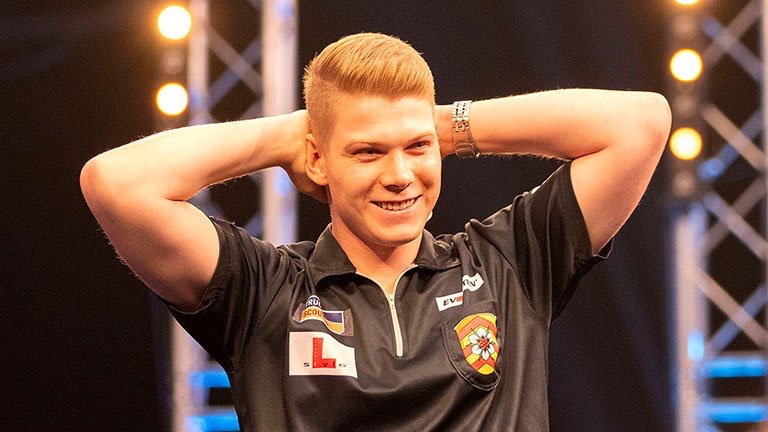 Nico Kurz secured qualification for the William Hill World Darts Championship after winning through the German Superleague Qualifier on Sunday in Hildesheim.

In a qualifier that consisted of the German Superleague’s top eight who hadn’t already qualified for the World Championship, Kurz got his campaign underway with an 8-7 win over Manfred Bilderl.

After coming back from 6-4 behind to edge past Bilderl, Kurz ousted Maik Langendorf, hitting four maximums in a terrific display.

The German, who earned a career-best victory in July beating Gary Anderson in the German Darts Masters, then defeated PDC tour card holder Martin Schindler 10-6 in the final to seal his place at Alexandra Palace.

Kurz saved his best performance of the day for the final as he averaged 94.2 and pinned 38% of his attempts at the outer ring.

The remaining four International Qualifiers will be confirmed this coming weekend as the UK and Ireland Women’s Qualifier, World Youth Championship final and the PDC Tour Card Holders’ Qualifier take place across the country.