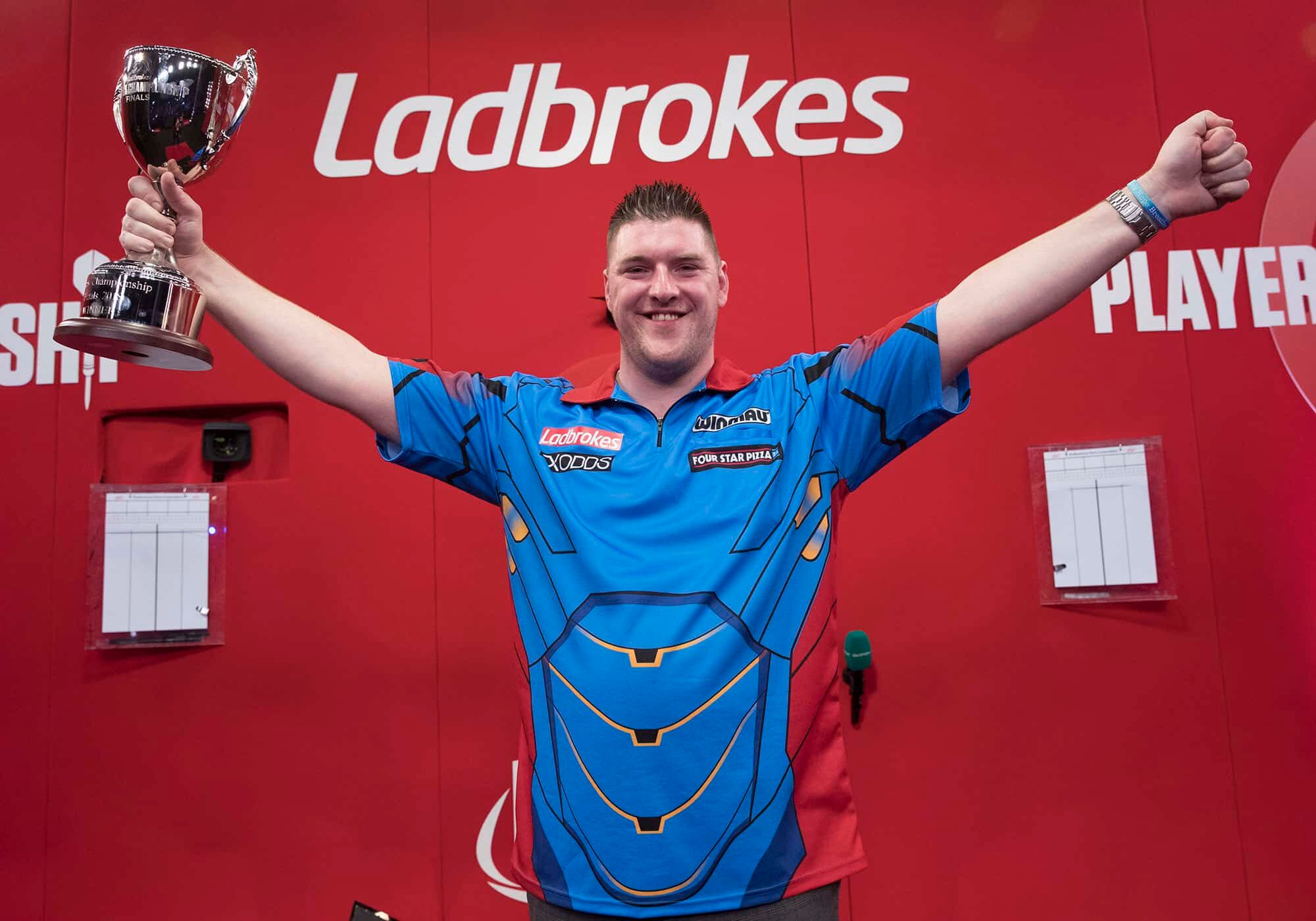 It’s that time of year again at Butlins in Minehead, as the Ladbrokes Players Championship Finals take place on two stages in Somerset from November 22-24.

ITV4 televise live in the UK, with £100,000 on offer for the winner. Dartsplanet.tv will be present in the fan zone at the event, which brings together the top 64 players on the floor in the various Players Championship tournaments held throughout the calendar year.

Here is all you need to know about the Championship.

The event first took place in 2009, at the Circus Tavern in Purfleet, with an unsurprising winner.

Phil Taylor picked up the inaugural trophy with a 16-9 win against Robert Thornton. There would be a surprise 2010 winner, as Paul Nicholson picked up his sole PDC “Major” with a 13-11 win over Mervyn King. 2011 saw two editions of the tournament, as the event moved from early in the calendar to late in the year. There was also a change in venue, as the Doncaster Dome became the new home.

Taylor regained the title in early 2011, with a thrilling 13-12 win against Gary Anderson, while late 2011 saw another maiden “major” winner, as Kevin Painter overcame Mark Webster 13-9.

2012 was where Butlins, Minehead, became the permanent new home for the event, and Taylor again regained the crown with a 13-6 win against the Belgian, Kim Huybrechts.

Daryl Gurney is the reigning Players Championship Finals Champion, after a thrilling 11-9 win against van Gerwen, finishing on the bull to take the £100,000 first prize.

There has only previously been one nine dart finish, with Alan Norris achieving the feat in his 2016 first round match against Michael Smith.

There have been various victors on the floor in 2019, with Glen Durrant, Jose De Sousa William O’Connor and Harry Ward all picking up maiden titles, and Brendan Dolan returning to form with his first two winners cheques since 2014. James Wade won a total of five PC titles through the year, and he is seeded two in this years’ tournament, facing Ted Evetts in the opening round. Gerwyn Price is the top seed in Minehead, courtesy of his three victories on the tour, as well as several strong finishes, and he meets the number 64 seed in Clones’ Mickey Mansell. Michael van Gerwen is seeded 18 for the event, as he decided to skip a fair few of the PC meetings this year, and he begins his campaign against 2019 World Championship quarter finalist, Luke Humphries. Reining Champion, Daryl Gurney, kicks off his attempt to defend his crown against recent Dartsplant.tv tournament winner in Wolverhampton, Luke Woodhouse. Tie of the round is arguably one of the final swansongs for Raymond van Barneveld, as he takes on UK Open Champion, Nathan Aspinall in round one.

Second Round – Best of 11 legs