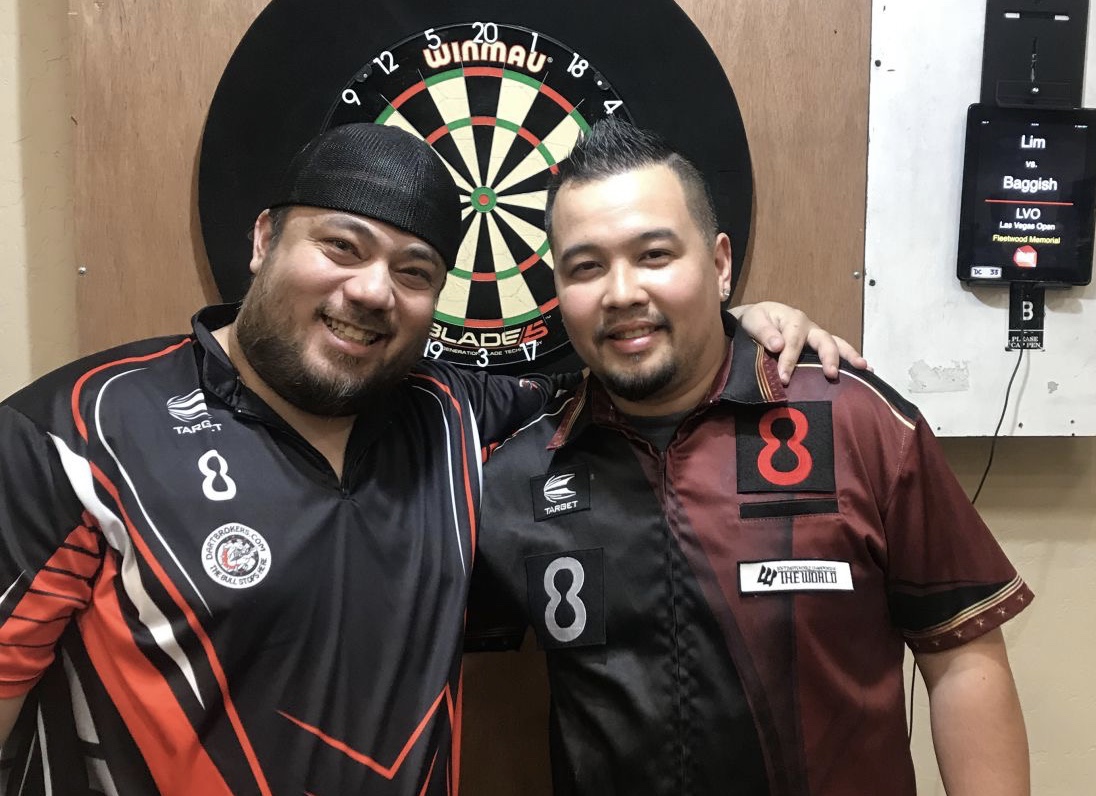 Lim, who was ousted in the second round last year at the hands of Guyana’s Norman Madhoo, tasted success in a WDF-ranked event for the first time in five years, having defeated Leonard Gates in the prestigious Oregon Open final.

The predominantly soft-tip player dropped just two legs on his way to the fifth round, before defeating BDO World Trophy quarter-finalist Joe Chaney 4-2 to reach the quarter-finals.

Jeff Roy was subsequently ousted by ‘Lightning’ as was Steve Grubb, with the American booking his place in a mouth-watering final against Witch City Open champion, Baggish.

Lim started slowly with his Floridian opponent bagging the opening leg, however, the former reeled off the next three in succession and gained a hefty advantage.

Baggish pulled one back, only for Lim to pin a 12-darter and 143 checkout to win the next two legs and move on the cusp of being crowned the Las Vegas champion.

A slight surge in form saw Baggish move within one of his opponent, though, a maximum to commence the following leg and a 72 checkout wrapped up the victory for Lim, trousering him $1,200 in prize money.

The pressure of being Paul Lim’s son proved irreverent for the California-based thrower as he placed himself in a good position on the WDF rankings, with places at the newly-announced majors being on the line.

As for Baggish, he was in scintillating form throughout the day in Las Vegas, dropping just four legs en route to the final, and recording a blistering 107.4 average in the second round.

Former World Matchplay champion Larry Butler exited in the fifth round at the hands of Dave Green, while Jim Widmayer and Joe Huffman exited early on.

In the women’s side of proceedings, Paula Murphy resumed her American dominance, whitewashing Kelly Meares in a one-sided final.