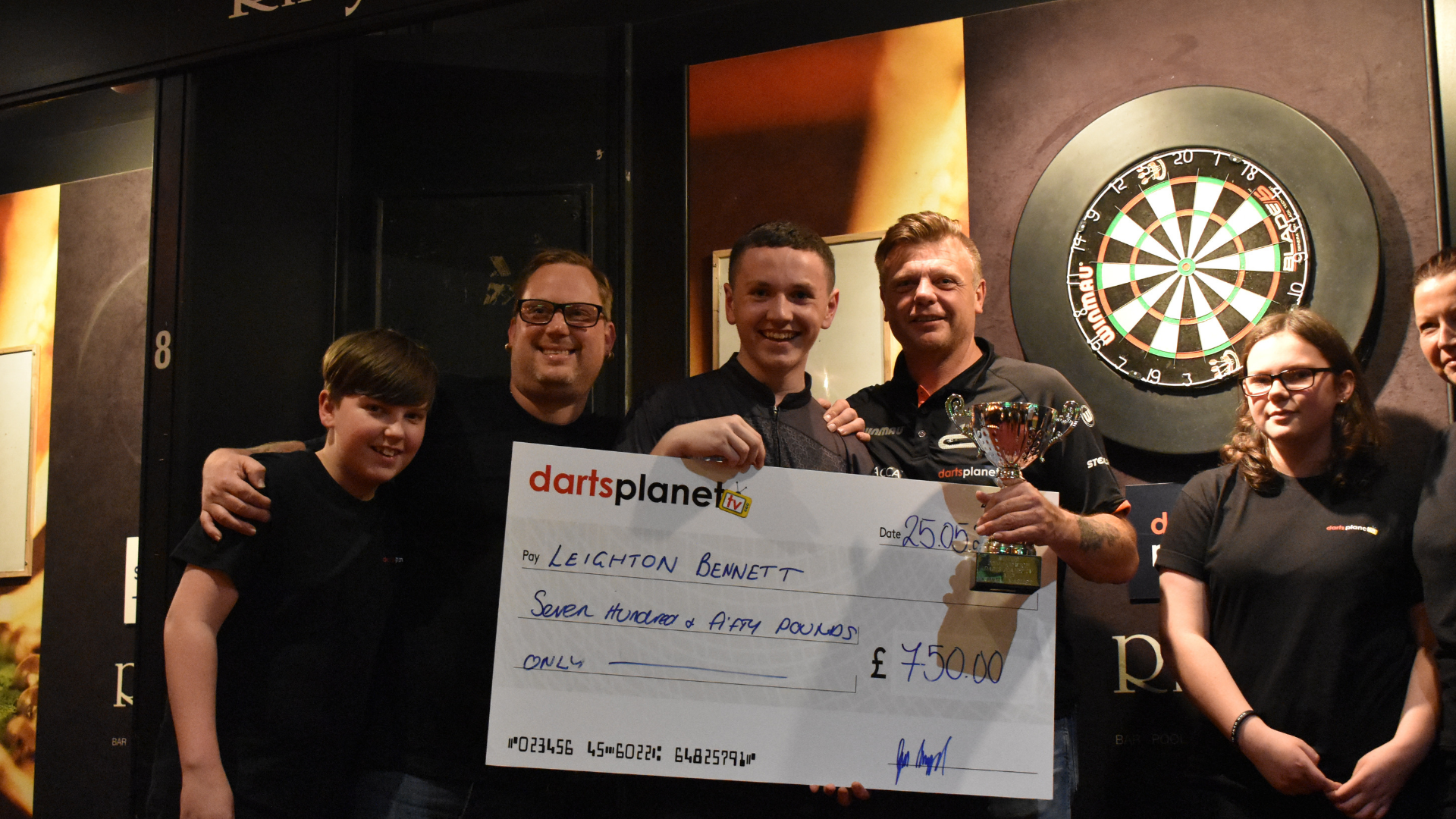 Riley’s Norwich hosted the first Inaugural Darts Planet TV singles darts tournament which saw over 100 dart players of all abilities and ranks come together to try to win the £750 winning prize money.  Included in the players were England youth sensation 13-year-old Leighton Bennett,  former two time World Championship Semi-Finalist Chris Mason, PDC Tour Card holder Nathan Derry, UK Open Qualifier Shaun Fox, Lakeside Qualifier and Norfolk Ladies Roz Bulmer and many more. The competition was of great standard all day and many top players were falling by the wayside allowing others to shine. The last 16 were a mixture of Norfolk, Suffolk, Lincolnshire, Bury St Edmunds and Hertfordshire players. The Semi-Finals saw Nathan Derry beat Curtis Hammond 4-1 and young Leighton Bennett overcome Richard Anderson 4-0 and in doing so hit his first 9 dart perfect leg. Leighton then went on to win the final by beating Derry 5-0 and claiming the £750 top prize and was also given the match board that was signed by many players after hitting the perfect 9.

Darts Planet TV hope to run many more competitions and tournament director, Kevin Rudling, said that this is a great opportunity for players to come and have a go as you never know where it may lead, as World Champion Rob Cross also came to Norwich and qualified for the UK open Tournament and then went on to win the Worlds by beating Phil Taylor.

Many thanks go to Riley’s Norwich for hosting the event – it’s the perfect place for major darts competitions. Founder and Director of Darts Planet TV, Gavin Rookyard, also praised Rileys and thanked everyone who came and took part. He said: “It was an amazing day with the standard of darts at its highest and a great advert for Darts Planet TV.