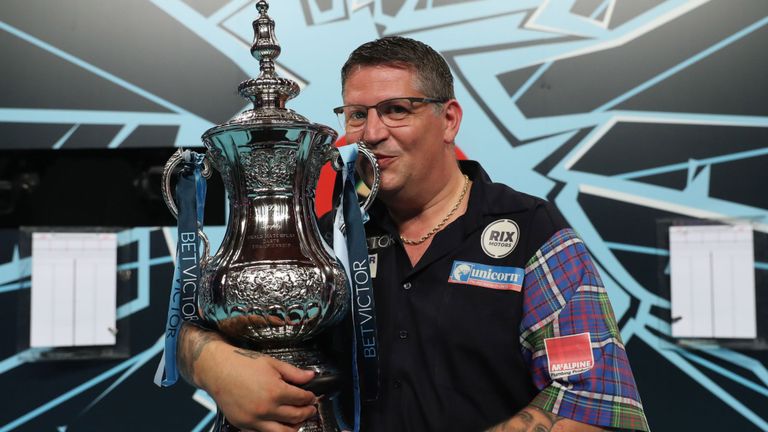 The draw for the 2019 World Matchplay at the Winter Gardens in Blackpool has been made, and as always we can look forward some mouth-watering ties when the tournament gets underway on 20 July.

Arguably the most eye-catching game sees Adrian Lewis and Glen Durrant go head-to-head, two players with five world titles between them. The winner could face Michael van Gerwen in the last 16, but the world number one will have to get past the evergreen Steve Beaton. Similarly to Durrant, Jamie Hughes has done excellently to qualify for the Blackpool in his first year as a PDC Tour Card holder with significantly less opportunities to earn ranking points than most others. ‘Yozza’ sensationally won the Czech Darts Open to make it at the last moment and also faces tricky opposition in the form of US Darts Masters runner-up, Michael Smith.

All those players are joined in a stacked top half by James Wade and Jeffrey de Zwaan, meeting in a repeat of the final of Players Championship 12, as well as the on-fire Nathan Aspinall, whose four finals in 2019 have seen two televised wins. He plays a man making his 13th consecutive appearance at the Winter Gardens, Mervyn King. 2018’s runner-up Mensur Suljović takes on World Cup of Darts semi-finalist Jermaine Wattimena, while the man who beat him in that incredible final, Gary Anderson, faces debutant Danny Noppert. Max Hopp’s second Blackpool appearance will see him take on Danish Darts Open champion Dave Chisnall.

In the bottom half, arguably the most out of form seed, Darren Webster, plays four-time PDC winner Krzysztof Ratajski, a name that all the seeds would’ve wanted to avoid. The winner of that plays either Rob Cross or Chris Dobey, ‘Hollywood’ producing a fantastic run to the final in Copenhagen which finally ended his agonising wait to appear in Blackpool. A quarter-finalist last year, Joe Cullen, meets the in-form Ian White, while Vincent van der Voort’s return to the Matchplay will see him take on Peter Wright.

John Henderson hasn’t won a game in this tournament since 2011, and will be looking to change that against Simon Whitlock, while Ricky Evans has been handed a meeting with world number three Daryl Gurney, who he beat in the European Championship last year. Jonny Clayton will play Keegan Brown in his first year as a seed at the Winter Gardens, while in-form Gerwyn Price and Czech Darts Open runner-up Stephen Bunting go head-to-head.

World Matchplay Gold – Harrington Goes Back To Back