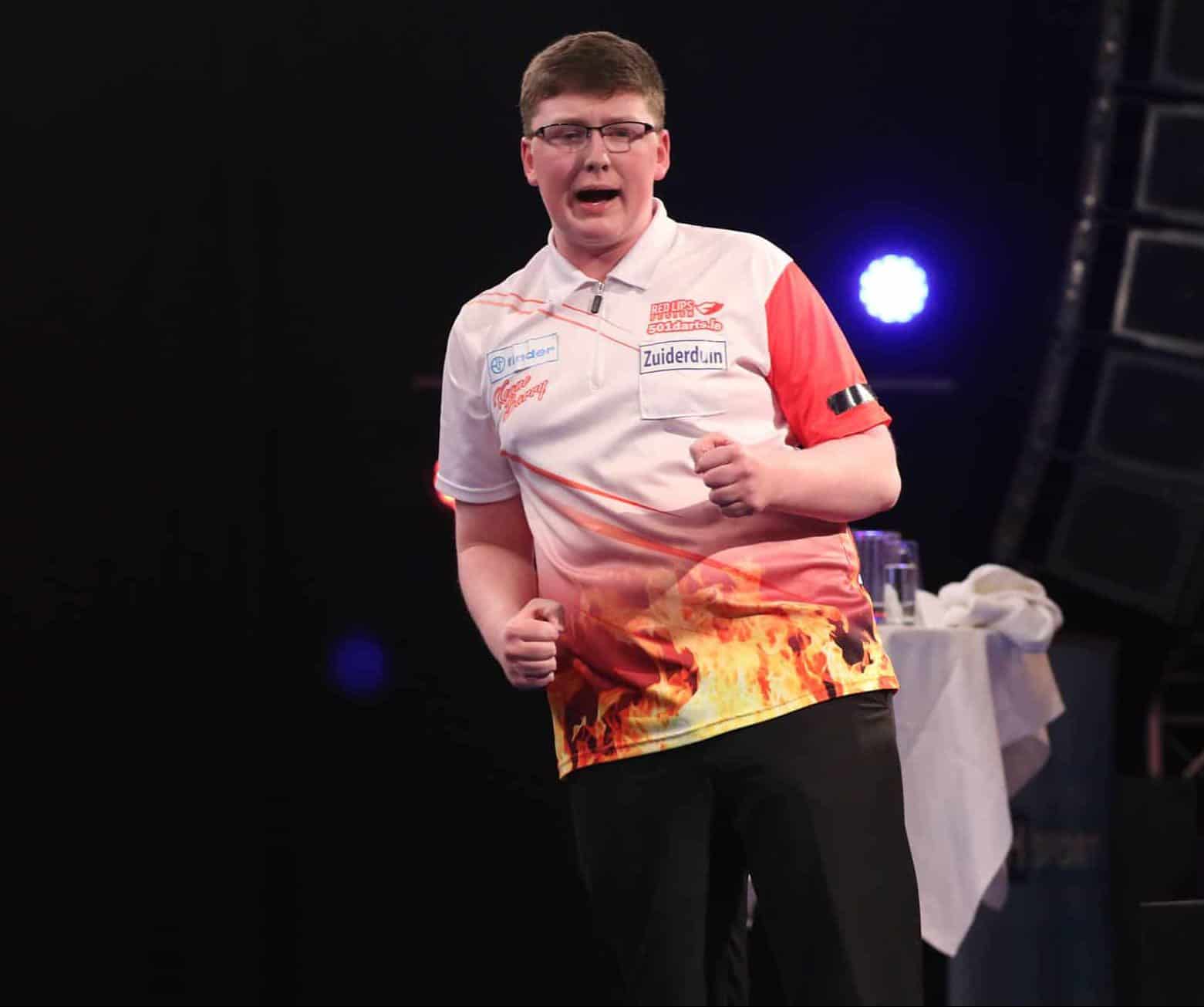 The Tramore Darts Festival was on at the weekend where the PDC World Championship Irish Qualifier (Tom Kirby Matchplay) was featured.

The two finalists who will take to the stage at the CityWest in Dublin at the World Grand Prix (on finals night) will be Keane Barry from Meath and Liam Gallagher from Galway.

Keane had to some through a tough board which included former PDC tour card holder Mick McGowan and PDC Development Tour winner Nathan Rafferty among others. Keane has won a lot of local titles in Ireland and also on the BDO youth and PDC development circuits. He is top of the JDC Rankings and has been in four semi finals and one final on the PDC Development Tour in 2019 alone…A star for the future.

Liam’s board was a tough board as well with the BDO World Youth Finalist Killian Heffernan and TND star and All Ireland Finalist Trevor Vallely on it.  Liam has been on the scene in Ireland for a while now even at a young age and has been winning local tournaments in Galway, Donegal and on the INDO (Irish National Darts Org.) for a number of years.

The chance for either of these lads (Liam is 22 and Keane is 17)  to play at Ally Pally is up for grabs for the winner. Last years winner Kevin Burness from Northern Ireland went on to win his first round encounter with Paul Nicholson 3-0 and put up a great performance against Gary Anderson losing out 3-1. So it shows that the talent is there in Ireland – and I hope one of these lads goes on to Ally Pally and performs to their usual high standard.

The two will fight it out at The CityWest in Dublin on finals night of the World Grand Prix (prior to the main final) – Good luck to both!