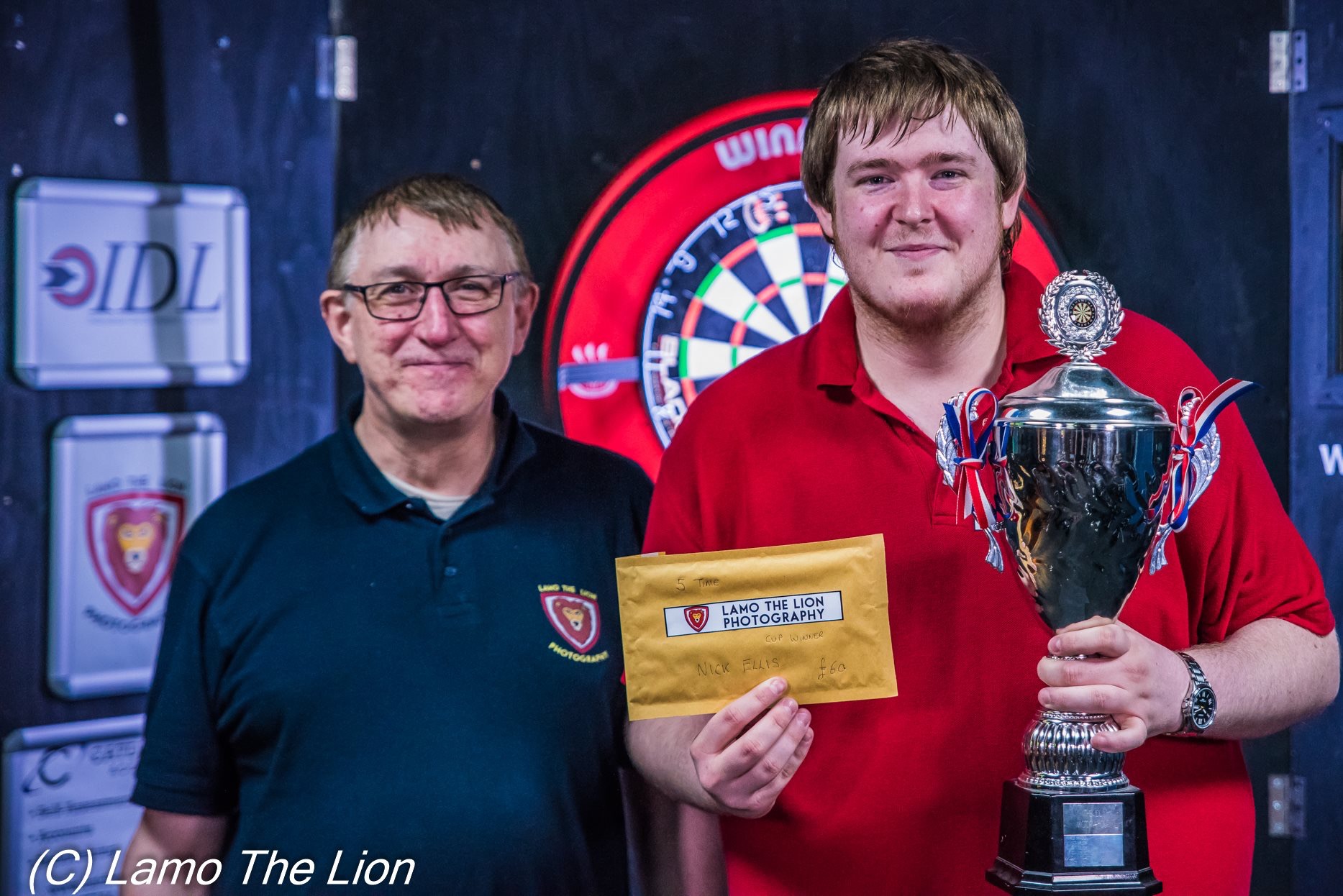 Without the renowned London photographer, Lamo the Lion, the Individual Darts League would have been a completely different scene. His enthusiasm and intelligence was recognised by many.

Known as Lamo the Lion – the name of his reasonably newly-formed photography business – Jules Lister both played in and sponsored London’s IDL and will be sorely missed by everyone involved following his recent passing.

IDL chairman, Paul Butler said: “I first met Jules in 2011 and got to know him in 2012, where even though he was more of a pool/snooker player, he joined the first season of the IDL to play darts at Riley’s Victoria. He was a regular there and had a friendship with the Polish bar manager, Kasia.

“He reached the final of the inaugural Challenge Cup competition, the same cup he would go on to sponsor years later when building his photography business.

“Jules shared with us all his love of American football, and particularly his team the San Francisco 49ers, and was very patient with me personally as I learned the rules and nuances of the game having never previously understood it.

“His quick wit and infectious enthusiasm meant he was a well liked figure amongst the IDL regulars way before he began his journey into photography.

“When he formed Lamo the Lion Photography, we quickly formed a partnership where we would help each other with networking and he would attend our events and showcase his talents.

“Since the news broke of his passing, it has been heart warming to see IDL players – both past and present – posting their favourite photos and memories, and, though, he was new to photography in a professional capacity, he was a true master of his craft, friendly and helpful, and always went the extra mile to help the events run smoothly and to satisfy all the player’s and guest’s needs.

Butler added: “Through a connection with former IDL player and semi-professional goalkeeper Ian Whitmore, Lamo the Lion Photography moved into the football scene, becoming a popular figure in the Essex Alliance League – where a number of clubs held tributes at their weekend matches after the sad news broke.

“It’s a genuine tragedy that Jules has passed just as he was making his way in the photography business; he was a man of many talents and a good friend to all who knew him. He will be sorely missed.”

Some of my fave photos taken by our friend Jules Lister @LamoTheLion
Cmon @IDL_Darts players keep putting these pics up in jules memory #RIPJules pic.twitter.com/XgVe5q5ISV

“Jules was a diamond. His support towards the IDL and us dart players who played within it was awesome. He would do all the Finals Night pictures and you could ask him about having any type of photo done and he would accommodate.

“He sponsored one of the cups in the Southwark league and was always in and around the IDL.

“For me personally I’ve struggled with illness this year and he’s the one person who didn’t have a car, but would jump on tubes and trains to come and see me, he was a real friend to me and I miss him.

“It has caused a shockwave through the IDL as he was so well liked that everyone is still talking about it in disbelief. I know Paul who runs the IDL will do something in memory of Jules, I just hope I can be a big part of that.”

In shock and devastated, don't know what else to say. https://t.co/V9grlctLkN

Heartbroken to hear about the sudden passing of Jules aka @LamoTheLion. Undoubtedly one of the best darts photographers around and a great supporter of @IDL_Darts. I'll always be grateful for the support he has given me over the years. Here he is with Nick Ellis 👇 pic.twitter.com/z7UN097Z7u

With deep sadness my good friend Jules aka @LamoTheLion has sadly passed away. He was such a character and good friend who will be missed loads. Loved working with @EssexAllianceFL and too many teams too mention. Rest easy my friend 😔😔😔😔

An attritional game against Steve that I thankfully edged thanks to my clutch doubles.

Hopefully get over the final hurdle to win for Lamo as a thank you for my twitter profile pics 🤝 pic.twitter.com/GlW1RpipqZ

As reported earlier, we are very saddened by the news of the passing of photographer Jules Lister, better known as @LamoTheLion. A terrific gentleman who had helped to raise the profile of the #EAL and wider sporting community. He will be sadly missed…https://t.co/EDlSaZVQKC