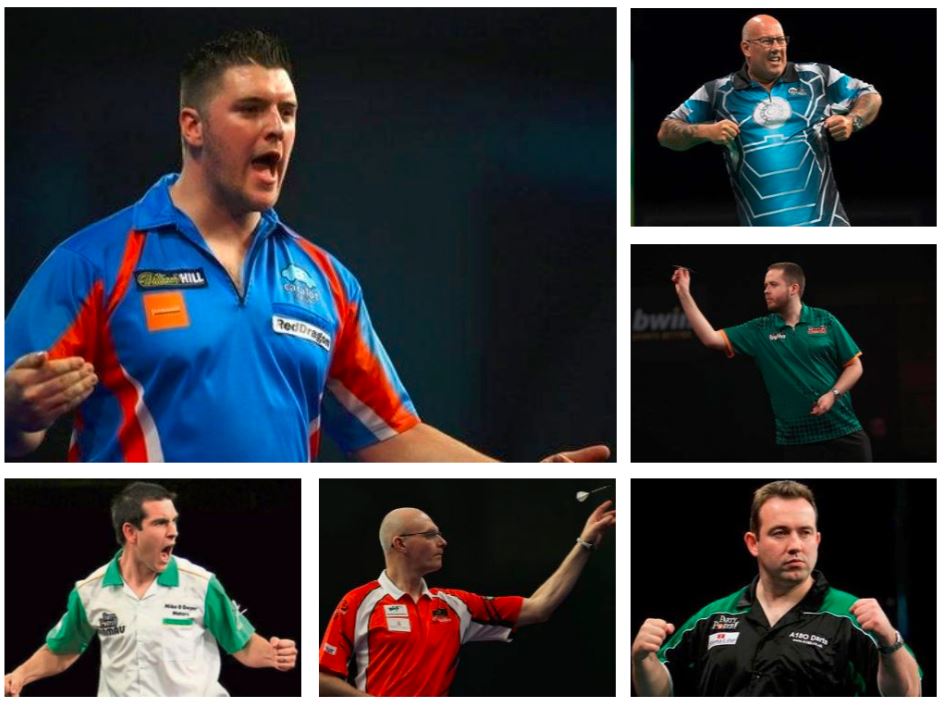 Luck of the Irish at PDC World Championship

Arguably this year is the best year of any since 1994 for us here in Ireland to hope for a great run of one of our own in the PDC World Championship.

Daryl Gurney being a seeded player is straight through to Round 2, but he is awaiting the winner of Ross Smith and crowd favourite Paul Lim. It would be hard to argue that Daryl will find it tough on his current form, but we wont know how his success at the recent Players Championship will affect, as you know once a winner there is a target on your back as he found out at the World Grand Prix. Wishing Daryl all the best in his opening tie. I expect him to beat Ross Smith but against Paul Lim I am not sure as the crowd will definitely be on Paul’s side. But I cannot argue against Daryl Gurney coming out on top here on his current form.

Brendan Dolan has had a barren run of results of late but he is in the draw and is always hard to beat. There are some encouraging signs that he is coming back into form looking at his statistics on DartConnect. I am predicting an opening win for Brendan and if he has any ideas about going further he should put down a marker and get into the game well. I dont expect Yuanjun Liu to upset Dolan – I expect it will be a case of get over the line as fast as possible and then re-focus on Joe Cullen who is waiting in round 2.

Mickey Mansell has had a breakthrough year – he had a fantastic run at the Pro Tour during the year winning his first PDC title. His opponent in Round 1 is 50 year Canadian Jim Long. In 2018, he qualified for the 2019 PDC World Darts Championship as the highest ranked Canadian player on the CDC Championship Circuit. Jim is right handed (Mickey Mansell is left) and looks to a fairly quick thrower, but he has a short stabbing throw and leans in as well with some lurching movements from time to time. Under pressure I think Jim Long will find it difficult against Mickey – who can be methodical in his approach and may upset Jim’ rhythm. Mansell to win this one easy for me. The winner runs into Benito Van De Pas in round 2 and that should be enough of a carrot to get stuck in, BVdP has not been at the races in the last season at all.

Kevin Burness has been on the local NIDO scene for a few years and this year decided to go to the PDC Q School and fair play to him, he qualified outright. Fair play big man – I have run into him in the past locally and he has always had the 180 threat in every leg. It’s just he goes off the boil every now and again in legs, which Kevin readily admits you cant do at the top level. I expect a close game between Kevin and Paul Nicholson. Paul has come back into form as well – not top form yet, so hopefully Kevin pounces and strikes first for a lead, and can hold onto it. He has been across the water a fair times this year so he knows the PDC system now and knows what to expect. A tough draw for Kevin, as the winner gets Gary Anderson in round 2. Kevin to squeeze through against Paul.

Steve Lennon has had a breakthrough year too in 2018. He was runner up to Michael van Gerwen at the Dutch Darts Masters this year and if playing anyone else would have had more chances. MVG was just on a different level than everyone else again! Steve plays 49 year old James Bailey from Australia, who has won back to back events on the DPA Tour down under. He qualfied for the 2018 Melbourne Darts Masters losing 6-2 to Gary Anderson and also won the Oceanic Masters to qualify for 2019 PDC World Championship. I fully expect Steve Lennon to win here as he has been putting in consistent averages and consistency wins games. First time for James Bailey and I think it will be a step too far against Steve this time around.

Lastly William O’Connor who last time I saw on screen was shouting and mouthing off at the crowd against Max Hopp…oh dear William – hopefully that has now been exorcised and he can get on with his darts. Showed in 2018 at the Dutch Darts Championship that he has the game to beat MVG winning 6-1 – so we know he can pull out the stuff when needed. Yordi Meeuwisse is a relatively good draw for William but we know he has the game as he won his PDC Tour card in 2016 and also won the Western Europe Qualifier for the 2019 PDC World Championship. William to win, by one set for me.

So there I am, I am predicting an all Irish win in each of the opening matches for the Irish lads….luck of the Irish and all that. Yes I am from Northern Ireland so maybe I am a bit biased but I do believe if the lads throw like they can then should all win their opening matches.