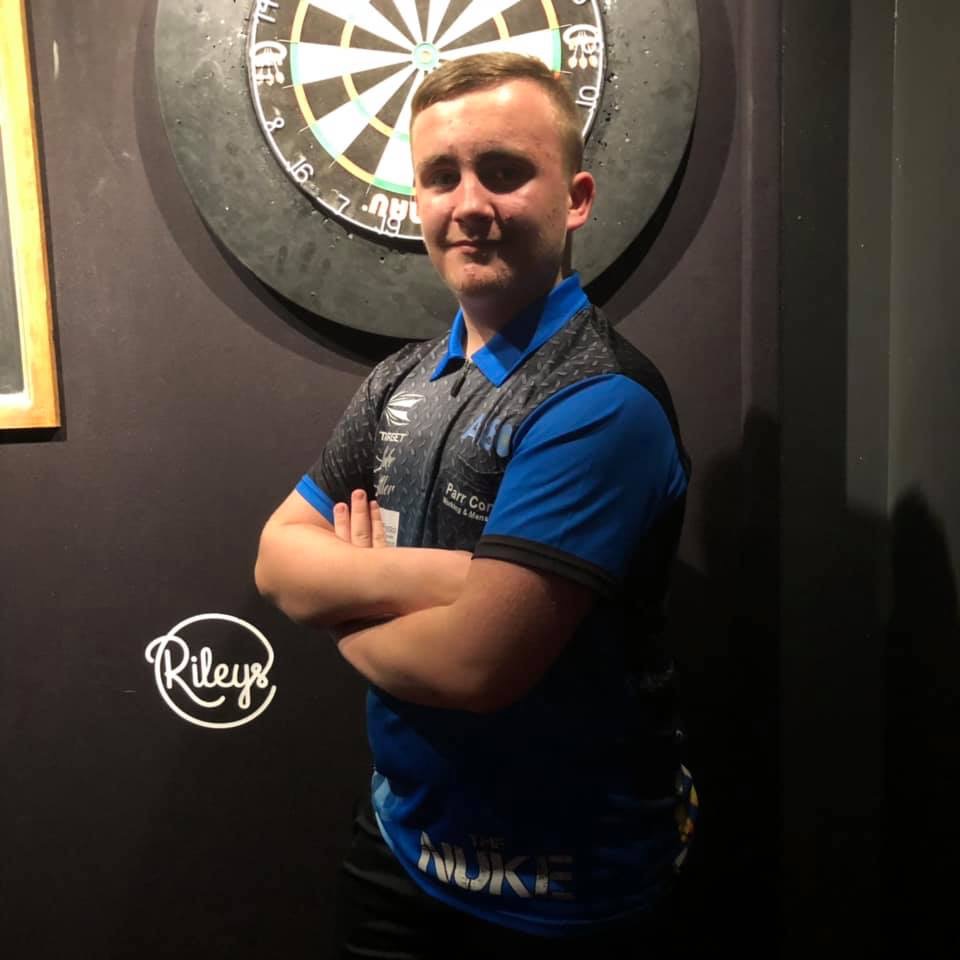 During the closing weekend of September, Lancashire’s Luke Littler headed to Gibraltar in order to participate in the JDC Festival of Darts. After losing out in the International Open fourth round, ‘The Nuke’ reached the World Championship quarter-finals.

Riley’s Liverpool would be the next destination for the prodigiously-talented 12-year-old, a venue located a mere distance from his St Helens residence, and a venue that would host Littler’s maiden JDC title victory.

His Super 16 Event Three campaign commenced in Liverpool with a blistering performance in seeing off title contender, Harry Gregory, averaging a convincing 90.2 during a 3-0 whitewashing.

Littler maintained his dominance in comfortably seeing off both Joshua James Powell and Ashley Marson for the loss of just a single leg, before moving into the day’s finale with a 4-2 win over Kieran Thompson.

The St Helens youngster took on an in-form Charlie Manby in the final, who had traveled to Liverpool from Essex following his Boys World Masters final defeat at the hands of Keane Barry.

It was Yorkshire’s Manby who took an early lead, similar to doing so during his World Masters final against Barry, but Littler turned proceedings on their head, winning three of the next four legs to clinch his maiden JDC title.

As for Manby, he may well have been a surprise package during the second JDC Super 16 event, but he certainly wasn’t so in Liverpool. The England Matchplay champion denied the resurgent Alfie Jacques in the semi-finals, following a 85.1 average in defeating Harry Martin.

Elsewhere, Littler’s younger brother, Leon, exited in the third round, as did Nathan Care – who got embroiled in a thrilling encounter with eventual semi-finalist, Thompson.

Jack Boardman endured a first round departure thanks to a narrow 3-2 defeat at the hands of Leuan Halsall.

The closing JDC Super 16 event before the Wolverhampton finals will take place at Riley’s Solihull on November 9.

Harry Gregory, Henry Coates and now Luke Littler have secured qualification – with another five youngsters being added to that growing list. The Event Four champion will be joined by the aforementioned trio and four Order of Merit qualifiers in Wolverhampton.