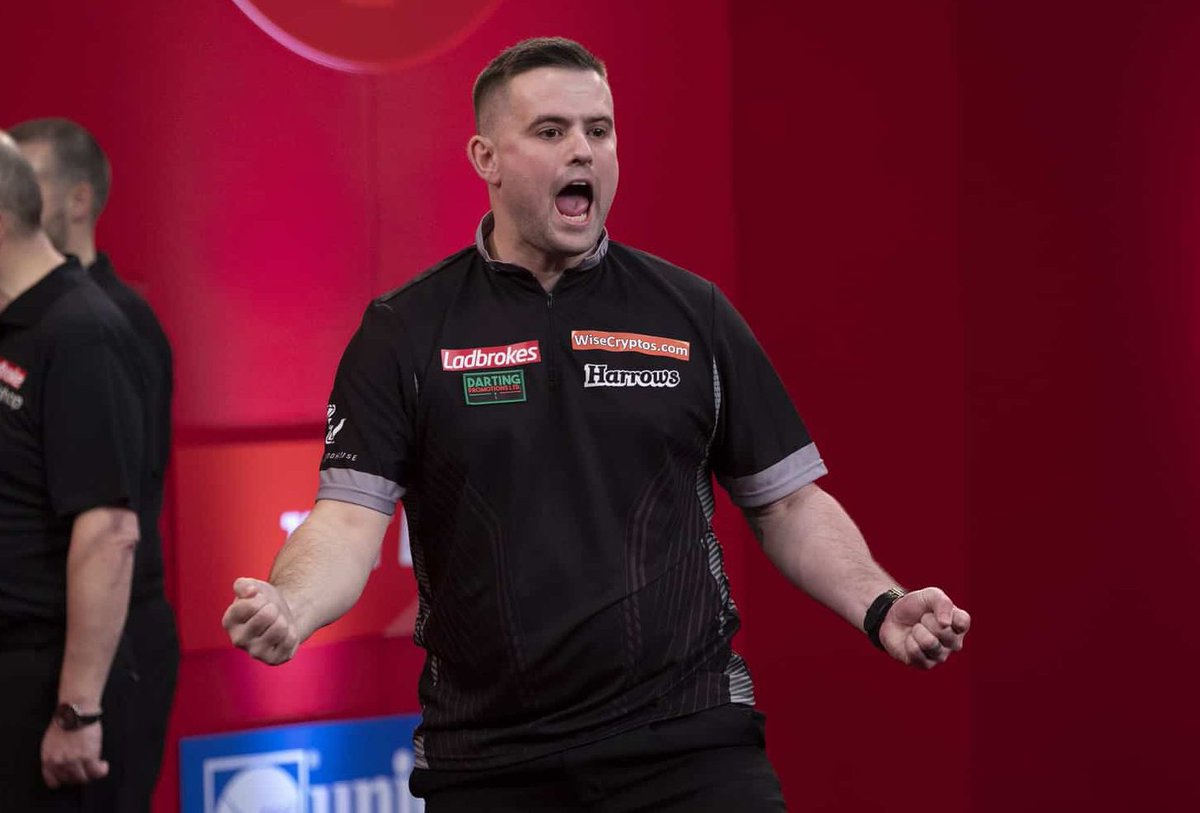 After dethroning the defending champion at last month’s Players Championship Finals, Luke Woodhouse is wanting to “soak up at the atmosphere” as his Alexandra Palace debut beckons.

? The defending champion is out!

A Players Championship quarter-final in Wigan was the pick of the Bewdley’s ace performances this year, as he defeated Marko Kantele, Stephen Bunting, Ron Meulenkamp and Ross Smith, before being denied by Gibraltar Darts Trophy champion, Krzysztof Ratajski.

Woodhouse heads into the biggest tournament on the calendar in relatively up to scratch form.

“My thoughts in general are to just go, enjoy and soak up the atmosphere of the occasion,” he said. “My form has been decent and I’m practising well so as long as I prepare right, I’m sure things will go great.”

The 31-year-old will lock horns with not only the oldest player in the tournament, but a legend in Paul Lim on Saturday afternoon.

Lim, 65, qualified via the PDC Asian Tour after winning two titles in Hong Kong and South Korea, and will return to the World Championship stage 30 years after hitting that nine-darter.

“There wasn’t any draw that I considered an easy draw,” he added. “I wasn’t really fussed about who I got as I would go into it with the same frame of mind and focus.

“To play Paul will be great, he’s been around along time and he’s a legend of the game. I was only two when he hit that nine-darter at Lakeside so it just shows how good he’s been to be around all that time.”

Whoever prevails in what is set to be a thriller between two very much in-form competitors will face the prospect of taking on last year’s world finalist, Michael Smith.

“Being completely honest with you, I haven’t even thought about Michael Smith as my sole concentration is on the game against Paul,” expressed Woodhouse.

“I would be naive and a little disrespectful looking past him.”

Unfortunately, in Woodhouse’s case, he has another matter to contend with as well as the boisterous crowd and everything else that comes with the World Championship.

Having won his PDC tour card in January of last year and currently being situation outside of the top 64, ‘Woody’ finds himself in a Paul Nicholson-esque situation.

Nicholson somewhat surprisingly dropped off the circuit last December after losing in round one to international qualifier, Kevin Burness of Northern Ireland.

“It’s obviously in the back of my mind about my tour card but I won’t be taking that extra pressure up on the stage with me,” Woodhouse stated.

“I’m going there to win as many games as possible and then hopefully the tour card just comes with it.”

RVB beaten in final tournament as Cross crashes out