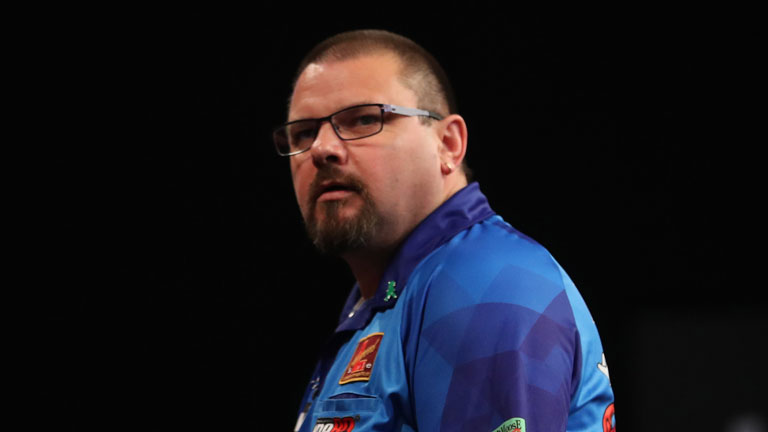 Peter Machin and Mikuru Suzuki were triumphant at the 2019 Pacific Masters in Moama, New South Wales.

South Australia’s Machin came through a strong field of 85 players to successfully retain his men’s title against Brad Thorp and pocket the $1800 AUS winner’s prize.

The former World Darts Trophy winner beat Darren Manners, Graham Parker, Steve Powell and Brody Klinge to set up a semi-final with BDO world number 3 Jim Williams. The Welshman, who had already seen off fellow Australian Open semi-finalist Gordon Mathers, Laurie Loch and Aaron Morrison, raced into an early lead but was eventually beaten by Machin in a last-leg decider.

In the other half of the draw, Brad Thorp beat former World Champion Scott Mitchell, Gerry Starr, Mick Lacey and John Kitchin before defeating Stuart Coburn, who had beaten Australian Open winner Damon Heta in the quarters, to set up the meeting with Machin.

‘Machie’ broke Thorp’s throw in the fourth leg with a 13-darter and never looked back, sealing the deal in the ninth leg with a 16-darter to win 6-3, averaging 89.1 in the process. The victory marked the Adelaide thrower’s second ranking title of the year after his win in April’s Murray Bridge Grand Prix and his third success at the Pacific Masters after wins in 2015 and 2018.

Japan’s Suzuki got a measure of revenge for her Australian Open final defeat by beating Lisa Ashton to win the ladies competition.

‘The Lancashire Rose’ had looked in imperious form in the semi-finals, whitewashing Barb Smyth 4-0 with a 97 average, with Suzuki recording a comparatively more pedestrian 83.1 in her 4-1 win over defending champion Tori Kewish.

Suzuki broke Ashton’s throw in the third leg of the final to move ahead for the first time and whilst Ashton would keep pace with the current World Champion, a 101 checkout for a 15-darter helped Suzuki maintain her advantage and she edged out a scrappy eighth leg to win 5-3.

For her win Suzuki picks up the $1800 AUS top prize and secures her third ranking title of 2019, whilst Ashton’s wait for a ranking title extends to 7 months.

Brilliant Dolan Rolls Back The Years To Clinch PC22