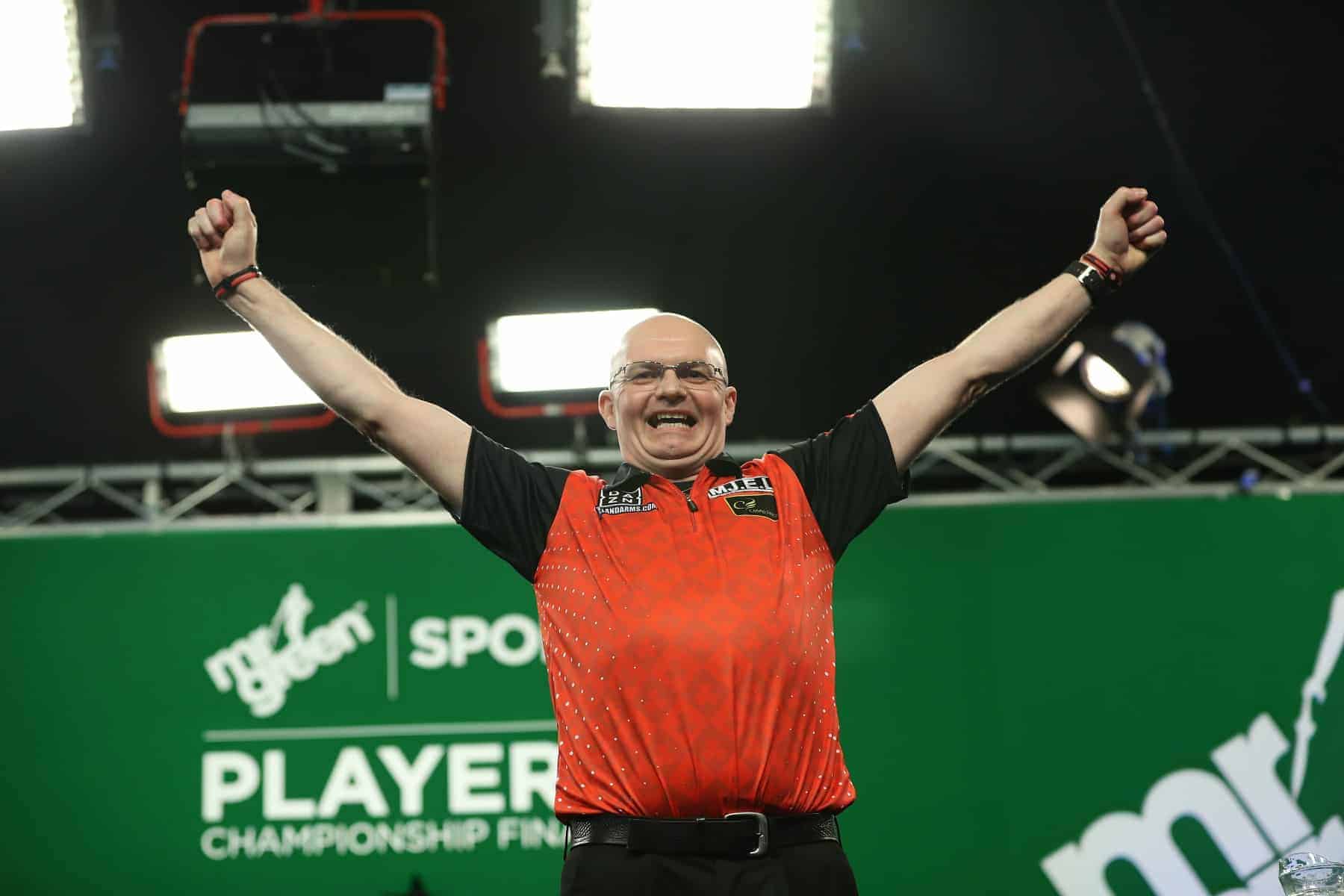 The undefeated Mickey Mansell and Jamie Lewis were amongst nine players to prevail as the PDC Home Tour returned this week.

The innovative Home Tour was established during the lockdown period when professional sport had become decimated, with the Nathan Aspinall reigning victorious in its inaugural edition.

It has now returned for a second staging with 70 of the lowest ranked available professional tour card holders battling it out in ten groups of seven players in the first phase of the tournament.

Monday saw Belgian youngster Mike De Decker top the table with five victories from his six matches, finishing above both Andy Boulton and Joe Murnan who also prevail to the proceeding phase.

Former World Championship semi-finalist Jamie Lewis joined the aforementioned trio in the second phase as he breezed through with six straight victories on Tuesday.

Lewis defeated Gary Blades in his opener, before pulling off a remarkable 124 checkout on the bullseye in a deciding leg thriller against Alan Tabern.

He would then comfortably see off Matthew Edgar, Adam Hunt and Carl Wilkinson, prior to securing top spot with a 104.45 average and five out of seven on the doubles in a convincing win over fellow Welshman Barrie Bates.

Lewis is currently the only player to win groups in both editions of the Home Tour (Photography: Chris Sargeant)

Hunt and Tabern both joined Lewis in prevailing, while internet sensation Edgar finished in fourth ahead of the valiant Blades due to his marginally superior leg difference.

Yorkshire’s Wilkinson, who took the inaugural Home Tour by storm from his Barnsley home, managed just one victory in exiting similar to that of last-placed Bates.

Lisa Ashton, who became the first woman to secure a coveted professional tour card in January, kept her hopes of progression alive as she finished fourth on Wednesday.

Mansell dropped a mere five legs throughout the day, and thrashed his closest contenders Kirk Shepherd and Steve Brown to the loss of a solitary leg.

Shepherd and Brown both progressed to October’s second phase by virtue of collecting ten and eight points respectively.

The second staging of the Home Tour resumes on Monday morning as the proceeding three groups take place, with coverage streamed live on PDCTV and various bookmakers’ websites.