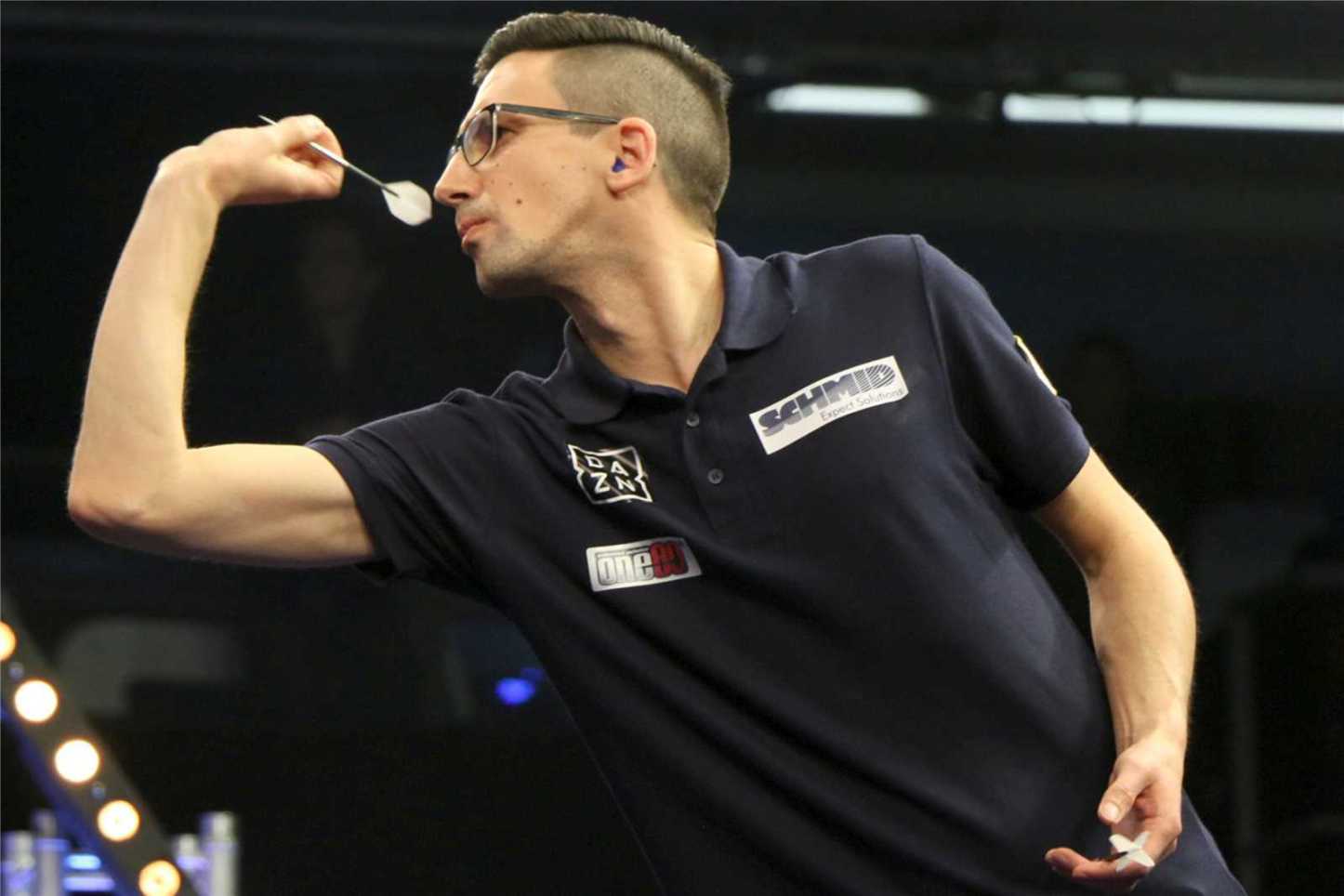 Robert Marijanovic was the stand out performer as four German participants claimed wins on the opening day of the fourth showing of the annual European Darts Matchplay.

Marijanovic, who was competing in his second European Tour event of the year, emerged victorious against an inform Jermaine Wattimena with a sensational display.

The German, born in Croatia, raced into a 4-0 lead before recording a 101.28 average en route to a 6-3 win over his Dutch opponent. Marijanovic will face Daryl Gurney tomorrow evening following his round one success.

World Cup of Darts teammates Max Hopp and Martin Schindler will both enlighten the stage tomorrow in Hamburg as the pair earned opening round victories.

Hopp, who became the first German to win a European Tour title a few months ago, will take on Ian White tomorrow evening following a 6-4 win over a below par Dirk van Duijvenbode.

‘The Maximiser’ will make his debut at the World Matchplay in July as he becomes the first German thrower to compete at Blackpool’s prestigious Winter Gardens.

Hopp’s fellow German, Schindler, was also successful this afternoon in Hamburg as he thrashed Mario Robbe – who was making just his second European Tour appearance.

Another player of German descent was victorious as Maik Lagendorf pulled off a huge upset in beating Challenge Tour leader Michael Barnard 6-1 while Robert Thornton came through a scrappy affair with host nation qualifier Rene Eidams.

Jelle Klaasen put himself in a good position heading into the remaining few days of World Matchplay qualification as he enjoyed a 6-3 win over the final of Germany’s host nation qualifiers in Dragutin Horvat, while Vincent Van der Voort will not appear in Blackpool after suffering a 6-3 win at the hands of Justin Pipe.

Irish World Cup of Darts star William O’Connor was another highlighted performer on day one as the Limerick-based ace averaged 101.68 and pinned three maximums en route to a 6-1 thrashing of Martin Atkins – a man who has won a Challenge Tour event earlier this year.

Boris Koltsov became the first Russian to appear and win on the European Tour as he relished a 6-2 win over Welshman Robert Owen while Jason Lowe also claimed his maiden win with a last leg deciding victory over Keegan Brown.

Elsewhere, Andy Boulton pulled off a shock defeat of Cristo Reyes and Chris Dobey thrashed an inadequate Jamie Bain 6-1. Bain’s defeat means that he hasn’t won a game on the PDC ProTour for over two months, taking his winning drought up to ten events.

Luke Humphries returned to the European Tour with a winning start as he edged past Ronny Huybretchs in a last leg shootout while Ryan Joyce and Paul Rowley also gathered wins at the edel-optics.de Arena in Hamburg.

The ninth £135,000 European Tour event of the year will resume tomorrow in Germany as the ‘big boys’ take to the stage. The coverage will be shown live on PDCTV or various bookmakers sites.

Unfortunately, Peter Wright will not be attending this weekend’s European Darts Matchplay due to taking a break. It will be the first time ‘Snakebite’ has ever missed a European Tour event.

Women in the PDC