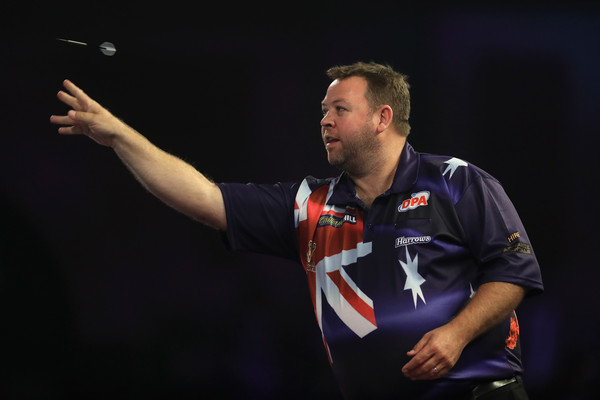 Mathers doubles up at Event 11

Gordon Mathers claimed a 2nd title of the weekend having won Event 9 on Friday by defeating Damon Heta 6-3 in an impressive win to claim Event 11.

Mathers saw off Jack Deveries, Dave Hanel, Raymond Smith, Robbie King, Koha Kokiri and of course Heta in the final with an 89 average but a tournament average of 89.51.

Heta, who had struggled in the opening 2 events of the weekend, battled back by reaching the final with wins over Mick King, Nathan Seabourne, Jamie Rundle, Ben Robb, Mick Lacey but unable to win the decider but in some form going into the final event of the weekend.

DPA Pro Tour weekend concludes on Sunday with Event 12 with all live scores and results to be checked out at tv.dartconnect.com.