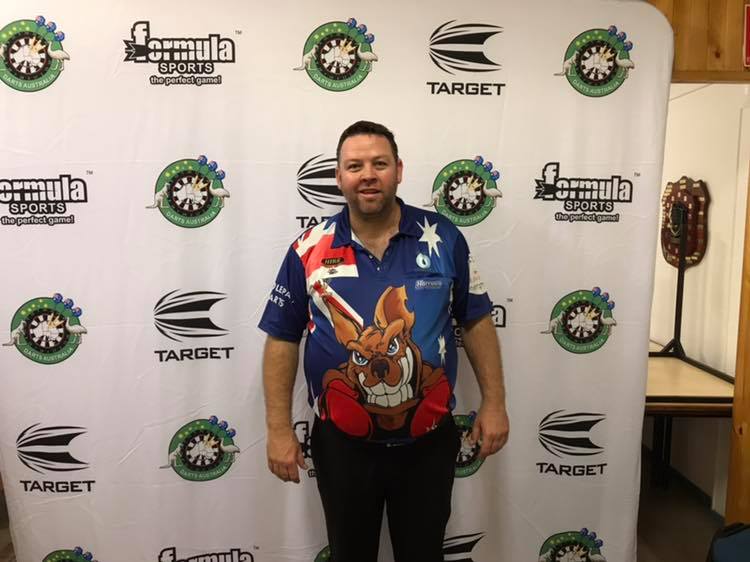 Mathers, a former PDC World Championship participant and a winner of two DPA events this year, was the class of the field in the men’s event. Mathers beat James Rundle and Mick Lacey in the earlier stages of the competition before he saw off Mal Cuming in the semis to set up a clash with Jeremy Fagg in the final.

Fagg was a man in form coming into the final, having beaten Justin Thompson, who will represent Australia in the BDO World Trophy later this year, in the semis of this competition and lost in the final of the Murray Bridge Classic just last month.

Fagg started the final in fantastic fashion, taking out 130 for a 12-darter in the second leg of the match. Mathers would, however, respond in the next leg by hitting a 70 checkout for a 15-darter and from there he was able to kick on and seal the win 7-6 in a high-quality final that saw both men hit three maximums. With that win, which saw Mathers average 96.33, Mathers pocketed the 1,000 Australian dollar top prize and secured himself a place at the World Masters later this year.

Fagg did not leave Brisbane empty-handed though, as he picked the men’s doubles title alongside James McDonald.

In the ladies competition, it was New Zealand’s Wendy Harper who was the star of the weekend. Harper came through a strong field to win the ladies singles by beating Tori Kewish in the final 6-4, securing herself the $1000 winner’s prize.

Harper had actually also defeated Kewish the day before in the ladies pairs, where Harper and her partner Nancy Myers came out victorious against Kewish and Barb Smyth.

Van Gerwen and Van Barneveld set up clash in Zwolle