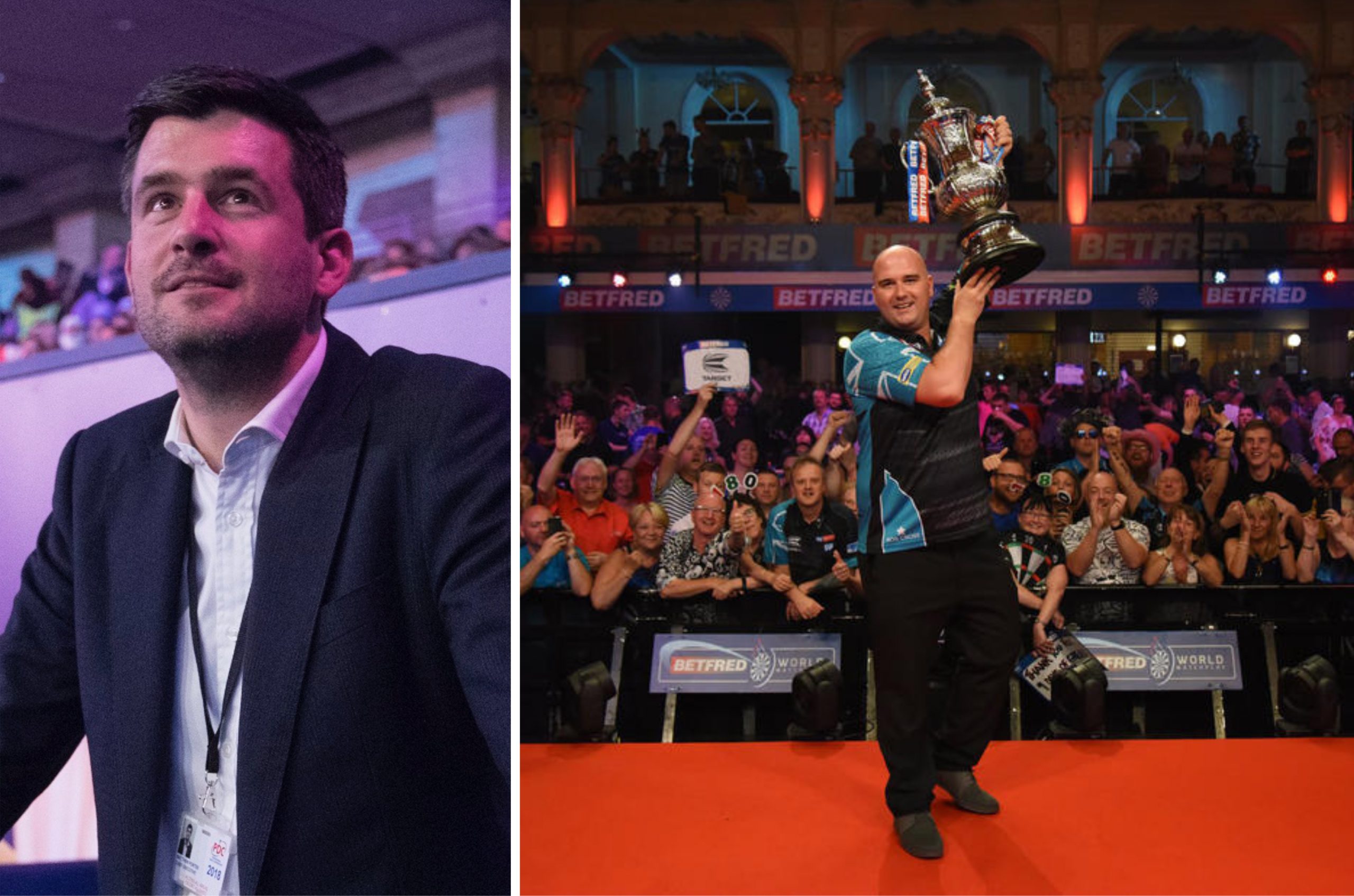 PDC Chief Executive Matt Porter has outlined the potential of an artificial atmosphere to replace the possibly forbidden crowd at the upcoming World Matchplay.

It was recently confirmed that the tournament will take place on its original dates of July 18-26, however, the PDC are awaiting further guidances from the UK Government regarding spectators being allowed to enter the doors of the Winter Gardens.

Porter has refused to eliminate the possibility of a smaller scale crowd at the prestigious Winter Gardens, although a secondary option has been put in place if government-sanctiontioned regulations aren’t amended.

“We’re expecting an announcement on July 4 – it’s not our decision, we will wait and be guided by the decisions from above. If the regulations are that we can have a public gathering, there will be restrictions from social distancing to testing.

“If we can do it then we will do our utmost to do it because we know how good the World Matchplay is as an event, and the crowd is one of the reasons it’s so good. We want to give that every chance.

“We expect to know by the first week of July which will only give us two weeks to do it. But if we can do it, we will be ready.”

If the usual crowd isn’t feasible, the tournament will take place away from Blackpool’s Winter Gardens for the first time since its 1994 inception in a ‘bubble’ environment where only players and event staff are eligible to enter the venue.

Testing and strict social distancing rules will be put in place, with the Marshall Arena in Milton Keynes reportedly the preferred alternative arena, and the potential of technology-driven crowd noise courtesy of broadcasting partners.

A crowd of this calibre will not appear at this year’s tournament (Photography: Lawrence Lustig/PDC)

“If we’re not allowed a crowd then people will clearly want to see the event so we’ll be wholly committed to a TV broadcast event, played behind closed doors in a bubble-type environment where there’ll be a hotel on site, everybody will be tested and confined to that space for the period of time they’re involved,” Porter added.

“We’ll be able to play the event and have various innovations that we’ve already started discussing with Sky to help create some atmosphere, albeit artificially. Where the NRL and the Bundesliga have led, the PDC are happy to follow. Don’t worry, we’re not going to put the World Matchplay on in a ProTour cubicle – it just wouldn’t be appropriate.

“We’re going to have to work hard with technology and creativity to make them possible. Your mind reacts to what it understands and what is natural. When you turn on a big football match or darts event it expects there to be crowd noise.

“There’s the issue of player reactions, if it was played in silence, would players react when they hit a 180? Would they jump around if they won? They’re the things we want to see. Would the referee still feel comfortable calling a 180 at the top of their voice in an empty hall? All these things are considerations.

“You have to try and generate the situation that people want to see as best as possible. There will be ways in which we can integrate real people in real situations into the event. It will be some sort of ‘crowd copy’ if you like. There’s different things in discussion, and we’ve got five or six weeks.”

The World Matchplay is currently scheduled to take place from June 18-26 at the Winter Gardens in Blackpool, and is planned to mark the return of televised darts.

Nevertheless, the sport is expected to return professionally beforehand with a series of PDC ProTour tournaments played at the Marshall Arena in Milton Keynes.