HomeBlogBen HuddMatthias Orn Fridriksson: ‘I’ve made progress and that’s thanks to me quitting semi-pro football” 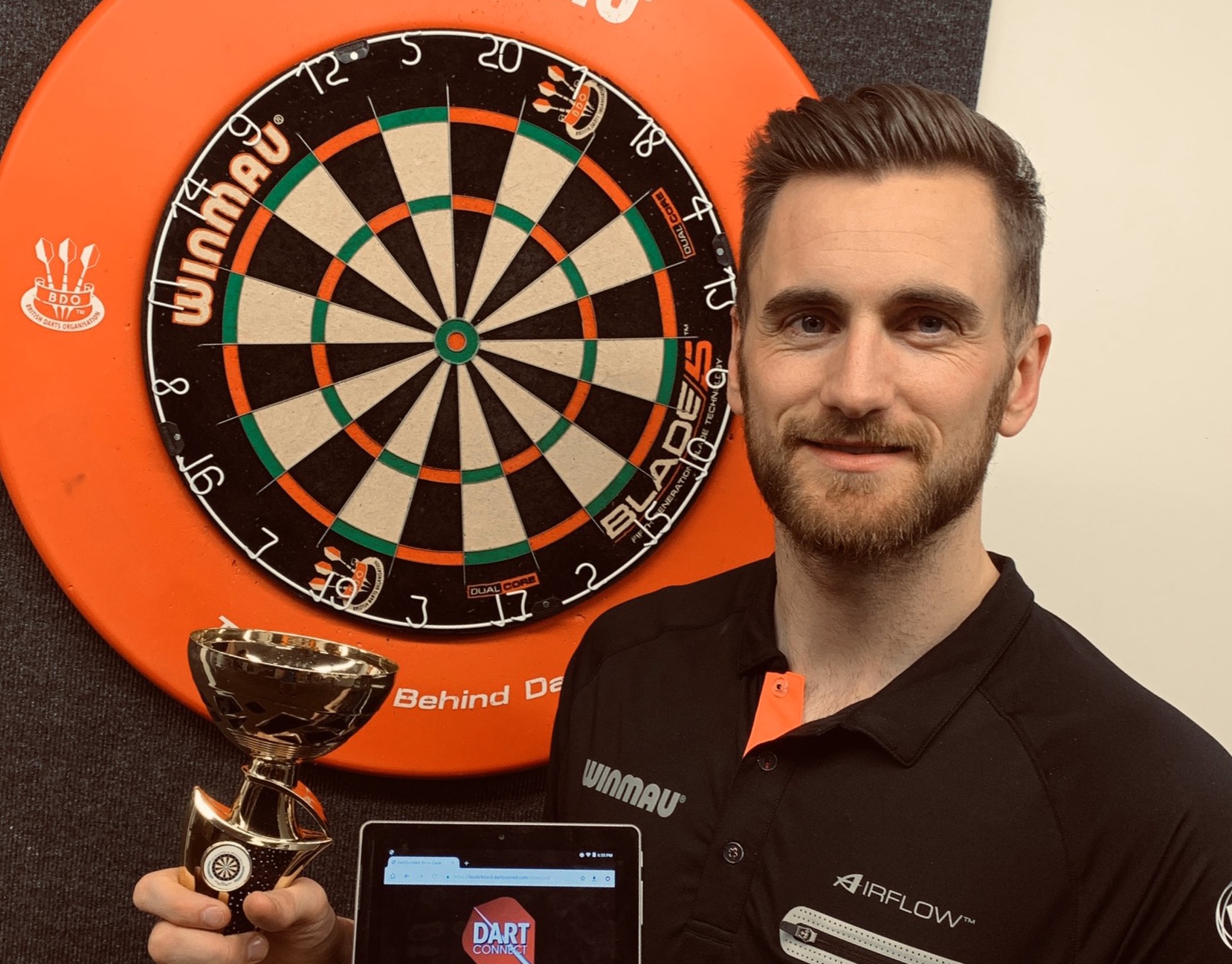 This coming Thursday, a number of Iceland’s elite darters will swap the land of fire and ice for Hildesheim in Germany in the hope of earning their coveted PDC tour card at Qualifying School.

One of those few players is the newly-crowned Icelandic Premier League champion, Matthias Orn Fridriksson – who will make his debut at Q School following a significant improvement throughout the course of the last year.

“I’ve made decent progress in 2019 and that’s mostly thanks to me quitting semi-professional football at the beginning of last year,” said the 32-year-old.

“After that I’ve had a lot more time to practice. Having a baby girl in April and being on maternity leave gave me plenty of time on the board as well.

“I want to continue improving and do well in every tournament I take part in,” he added. “I want to improve my average in order to compete for real on the PDC Nordic and Baltic circuit, also on the Challenge Tour.”

Hundreds of amateur players will flock inside Halle 39 in northern Germany on Thursday as a four-day period of intense, gruelling arrows commences.

“I’m really looking forward to the whole experience except for flying over as I am not a big fan of airplanes,” he expressed. “It’s great to see so many Icelanders giving Q School a go and it’s testament to how Icelandic darts risen in 2019.

“We’ve got a long way to go, but we are making steady progress. Q School will be a good opportunity to show the PDC that Iceland is ready for a World Cup of Darts invite,” he laughed.

A very small amount of tour cards will be up for grabs throughout the duration of the tournament, with hundreds of entries having been recorded and just 11 places on the professional circuit on offer via European Q School.

Those who are unsuccessful in obtaining the precious feat will be faced with the opportunity of playing on the PDC Challenge Tour and potential qualification for the European Tour.

“To be honest my chances of getting a tour card are not high if looking at averages,” Fridriksson alluded. “I will however give everything to go as far as I can.

“If I don’t get a tour card I will be competing on the Challenge Tour in order to get the valuable experience.”

Aside from the highly-competitive Challenge Tour, ‘The Eagle’ will partake in the PDC Nordic and Baltic circuit – which caters for players from Iceland across the northern spread of European to Lithuania.

“The PDC Nordic and Baltic tour is a really tough tour,” said Fridriksson, “and us Icelandic players have not had great success on that tour these last few years.

“We are, however, working hard on becoming better and a bigger threat to the Scandinavian [and Baltic] players, but that will take time.

“We’ve had the pleasure to host the tour on two occasions, but we’re not able to host them in 2020 which is a big shame.”

No practice for me this morning 🐈 pic.twitter.com/J5IJRlADFg

Darts is a sport that is rising at a leisurely pace in Iceland, with live streaming of their events and bringing through the next generation of players being instrumental to their snowballing success.

Thousands of viewers tune in on Facebook Live weekly, with the Live Darts Iceland system reaching a peak in February of two years ago as 151,000 onlookers observed as Vitor Charrua was crowned champion.

“Darts is growing slowly but steadily in Iceland, with more and more players wanting to improve their game,” Fridriksson said.

“I am the vice president of the Icelandic Darts Association and we’ve made changes to our system to make it more like the PDC tournaments with great success.

“Our youth system is also in development but we are seeing some great young players emerging and challenging the old dogs.”

Vitor Charrua, the current champion of Iceland, said: “These events have brought the Icelandic game to a higher level, and gave darts more attention in Iceland.

“I love competing in these events, they are the closest events to play at a higher level in Iceland. I am at the top and have most of the Icelandic titles.”

Charrua is also heading to Hildesheim this week, and states that he is excited ahead of “getting the experience and playing at a higher level”.

Fridriksson has plans of a breakthrough year as the new decade gets going. He hopes to win all of the local tournaments he enters, as well as pull off some shocks on both the PDC Nordic and Baltic circuit and the Challenge Tour.