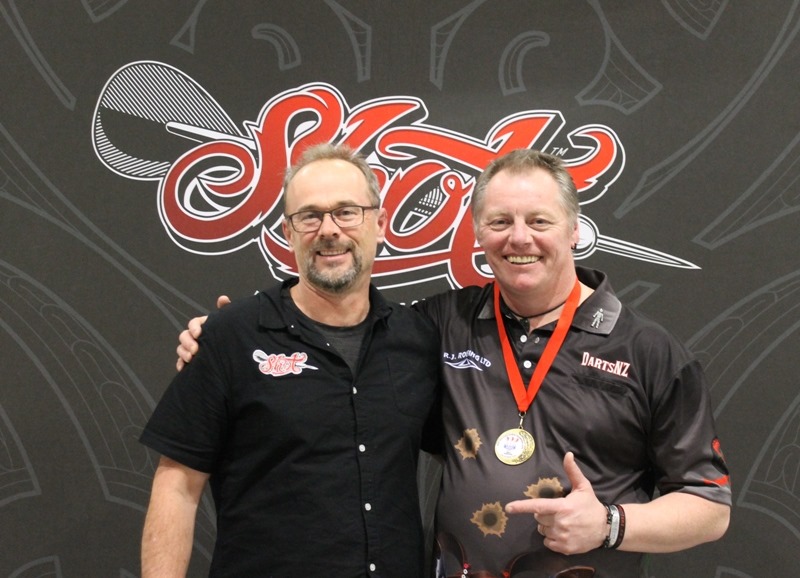 Mark McGrath won the 2019 New Zealand Open in Moterua to keep his hopes of qualifying for a third BDO World Championships alive.

The Leeds-born thrower needed to score at least four points more than Darren Herewini to take the race for qualification down to the season’s final tournament in Auckland and he did just that by coming through a field of 110 players to win his first BDO ranking title in 11 months.

McGrath dropped just three legs on route to the final, where he met AJ Te Kira, who enjoyed his breakout tournament on the BDO circuit. The South Island native beat former BDO World Championship qualifier Mike Day and Tahuna Irwin before winning a last-leg decider against Herewini in the semis.

Te Kira then raced into an early 3-1 lead in the final, breaking McGrath’s throw in the third leg of the match with a 107 checkout. ‘The Cowboy’ responded strongly though, winning five of the next six legs to triumph 6-4 with an 82.39 average. For his efforts, McGrath picks up the $1500 NZ top prize.

McGrath now trails the highly-consistent Herewini by 14 points with a maximum of 14 available at September’s Auckland Open, a competition the 51-year-old won last year.

In the ladies competition, Auckland’s Tina Osborne picked up her second ranking title in two months. She beat Shar Maru-Habib 5-3 in the final to pick up the trophy and $1000 NZ, averaging 67.18 in the process.